Why Some Entrepreneurs Are Turning Pricing Power Over to the Public

By Jenna Schnuer August 23, 2012
This story appears in the July 2012 issue of Entrepreneur. Subscribe » 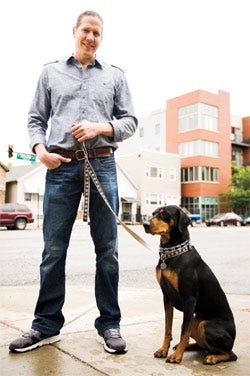 When the spring dog-park dirt starts flying (leaving Fluffy and Fifi a little less than clean), the brush-to-brush competition among Chicago's dog groomers heats up. Tony Sauer, who opened Urban Canine Doggy Day Spa nine years ago, was wondering how to set his shop apart. The answer came to him after talking with a customer who had just lunched at a pay-what-you-want (PWYW) Chinese buffet.

At first Sauer wondered if adapting such a pricing model for his business would be foolish. What if people only offered $2, rather than the $18 customers usually paid to use his self-serve wash stations? But then he realized a PWYW promotion could be just the competitive advantage he needed to get new clients sudsing up their pups at his shops.

So in spring 2011, he temporarily put the pricing power into his customers' hands. If the scheme didn't work, he figured, he could always just "pull the plug on it." No muss, no fuss and minimal loss, other than the money he spent on a banner to advertise the two-month promotion. Instead, that banner went back up at the store for round two in May 2012. (He considered keeping PWYW year-round, but decided that using it as a now-and-again promotion added a certain excitement.)

Get a year subscription today for 20% off. Just use code SAVE20 at checkout.