The Truth About Getting Funded 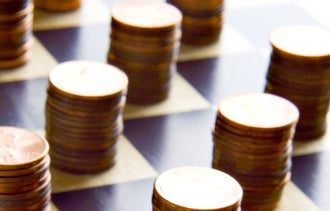 Watch experienced entrepreneurs land a round of funding, and you likely won't see big parties or champagne flowing. That's because they realize that they now own and control a little less of their company, and the path to success has taken on a whole new direction. That's the bargain they made to help take their dream one step closer to successful reality.

But even the definition of "success" can vary among funded companies. The topic of "metrics for entrepreneurial success" recently came up during a board meeting for a business plan competition with which I'm involved. The board almost unanimously decided that the best metric for measuring the success of the companies in the competition was -- get this -- how many had gone on to raise more money. Success to these people had nothing to do with the product, team or profits. As one of the few entrepreneurs in a room full of investors and business service providers, I cringed.

I put this out there to remind people that landing investors is not the end of the entrepreneurial journey. It's really the beginning of a new trip, one with a new map, directions--and potential dead ends. Here's the truth about getting funded.

You must do more than sell valuable things. You must become a valuable thing. Business is no longer as simple as "sell more stuff, make more money and worry about value later." Funded companies need to increase their book value by balancing their efforts between traditional sales and protection and growth of valuable intangible assets such as patents, trademarks, people and customers. Then they must be ready to position, or even pivot, to meet the demands of a future acquisition.

You are now on someone else's timetable. A company must become liquid at a time that meets the investor's expectations. Sadly, that timing doesn't always match the company's original plan. For instance, venture capital funds generally need to recoup their stake within five to seven years to meet the needs of their investors. This need to send cash to investors can sometimes force companies to make major equity decisions at times that are not necessarily strategic or in the best interest of the founders.

You must heat up to avoid burning down. Like it or not, well-funded startups are in the spotlight and have to do what they can to stay there, through good buzz. But going through "down rounds" (company valuations that are less than previous rounds) or having early investors drop out of future rounds sends signals, often unwarranted, through the ruthless VC rumor mill. These rumors can have a major negative impact on a company's perception to its customers and future investors.

With these points in mind, be cautious about putting "got funded" into your "win" column. This isn't to say don't do it--no doubt some of the most successful companies of all time were venture-backed. But I've also seen plenty of funded businesses worth absolutely nothing in the end. Stick to building value, though, and you should be all right. It's impossible to create a valuable business worth nothing.

History Can Teach Us What's Next for DeFi