The Advantages of Seller Financing For Startups 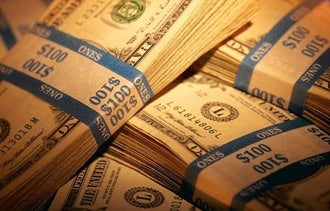 Bill Short wasn't worried about how he'd finance FiberTech, the Atlanta-area fiber optics company he wanted to purchase. The former banking professional had stellar credit and enough money to make a sizable down payment on the business, which was priced in the "low seven figures."

The rest, he imagined, he'd borrow. But when Short applied for an SBA loan, he was told the government body required at least 10 percent of the deal to be financed by the seller. Although Short hadn't considered taking a loan from the seller, he was happy to comply if the terms were right.

"If a seller isn't willing to give you any financing, that might tell you something about what he thinks of the deal."
--Bill Short, FiberTech

"Seller financing helps get the deal done," says Kent Reed, owner of Murphy Business & Financial Corporation, the brokerage firm that worked with Short. "It helps the buyer with less out of pocket. And it gives them more confidence in the deal if the seller's got some skin in the game."

Short wound up making a 40 percent down payment on FiberTech, borrowing 50 percent of the additional funds through an SBA loan and the remaining 10 percent from the seller. "It helped me to not have to put in that additional 10 percent," Short says. With the extra cash, he was able to boost the company's marketing efforts, invest in vehicles and equipment and ramp up staff from 14 to 20.

Since purchasing FiberTech in March 2011, Short has seen revenue increase by about 20 percent. We asked him for details of his seller financing deal.

Is the seller still involved with the business?
I bought 100 percent of the company from him, but he did agree to work as a consultant on an as-needed basis. For the most part, I haven't needed to engage him. But he still has a vested interest in the company until we pay off the note. That's one of the positives about seller financing: If a seller isn't willing to give you any financing, that might tell you something about what he thinks of the deal.

Is it important to have a good rapport with the previous owner?
When you are introduced to somebody who is trying to sell a company, one of the first questions out of your mouth is always, "Why do you want to sell?" As you go through the due-diligence process, you pretty quickly figure out what's going on. At some point you have to ask, "Do I trust this person, or don't I?"

What are your repayment terms?
It's basically a three-year, fixed-rate note. I make semiannual payments. Over three years, I'll pay him principal and 5.75 percent interest every six months.

How did your broker help negotiate this deal?
The broker spoke with the seller to let him know that it was normal in a transaction of this size for the seller to take back some of the note. It wasn't like it just came out of the blue from me. So the seller was probably anticipating that might be part of the offer. Now, if I came back and said, "I need 80 percent financing because I can't get any bank financing," I doubt he would have taken the deal. There were other people interested in the company at the time. I was only asking for 10 percent of the deal, and he gets full payout in three years, so I think he thought that was reasonable.

What advice would you offer to others interested in seller financing?
I strongly recommend that you have that conversation very early on to see if seller financing is an option. It really can make or break the deal. It might allow you to pay a little bit more for the company. For somebody who doesn't have access to a lot of capital, you could structure it so that if the company does well, the seller might even get a little bit of a scrape on the profits. Just don't make the note so short that you can't reasonably repay it. If you can't pay everything back, you may end up giving the company back.