Insider's Guide to How to Fund Your Startup 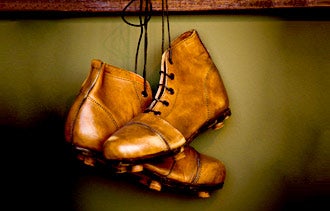 Nieves Rathbun and Sue Madigan, friends who started separate skincare companies in the Bay Area, also took separate paths when raising money for their businesses. Rathbun decided to bootstrap her product line, By Nieves, by tapping her savings and personal credit, thus retaining total control. "The idea of owing anyone $500,000 is just terrifying," she says.

Madigan, on the other hand, accepted $200,000 from an angel investor, because she wants to take her skincare line, Project FIG, nationwide. She's currently pitching to more investors, and says she enjoys the challenge: "It takes a certain personality to love going in front of people who fire questions point-blank at you and let them dig into your finances."

Yet both women admit they're sometimes envious of the other's financial situation. Which one is preferable?

Before you decide whether to follow Rathbun's or Madigan's route to financing, Rohit Arora, co-founder and CEO of small-business lending matchmaker Biz2Credit.com, recommends answering three questions: What kind of company are you starting? How much upfront money do you need to get it going? And how long will it take for you to earn revenue and achieve basic operational profitability?

If you're launching an online or digital startup, Arora suggests bootstrapping for a year, then looking to angel investors for initial funding. Forget about banks; they want to see tangible assets, not an idea for the next Facebook. "But the good thing about a tech startup is you'll have low operational costs," Arora says. "Once you're up and running, you'll have high profit margins, which makes it easier to scale your business."

For more traditional startups in retail or light manufacturing, such as a clothing boutique or a food product, Arora recommends bootstrapping for the first three to six months:

"By then you'll be bringing in money, showing traction--and you'll have a better idea of what you'll do with funding when you seek it."

That said, for a business with fixed expenses and profit margins, such as a restaurant, Arora contends that a bank is the way to go, rather than an investor, who is likely looking for short-term, hyper-fast growth. "Once you've run your company for 18 months or more," he says, "you'll get access to better lines of credit and interest rates for loans, which you can then use to scale up."

Throughout the financing process, pay heed to the psychological aspects of each decision you make. Put bluntly, "Do you want to be king, or do you want to be rich?" says Scott Gerber, founder of the Young Entrepreneur Council. Your answer will determine how you should finance your business.

"If you give equity to investors, you'll always have to answer to others," Gerber says. "But if you bootstrap, you can run your business however you like. You just might not scale it big enough to create real wealth."

A relative newcomer on the financing front is crowdfunding, best exemplified by websites such as Kickstarter and Indiegogo.

Next year, the U.S. Securities and Exchange Commission will roll out rules for this type of investment method, which Gerber says will revolutionize financing: "Any type of business will be able to go online to raise significant funds--and avoid dealing with banks and demanding investors."