How to Earn Your Employees' Respect

By Christopher Hann November 21, 2012
This story appears in the November 2012 issue of Entrepreneur. Subscribe » 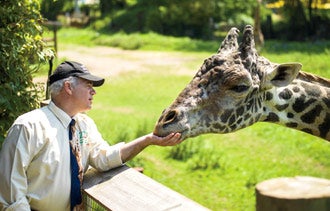 Q: How do you, as boss, earn your staff's respect?

A: The question has brought even captains of industry to their knees, to say nothing of Rodney Dangerfield. John Linehan, president and CEO of Boston-based nonprofit Zoo New England, began earning the respect of his 180 employees from the bottom of the organization's food chain. Linehan was hired in 1981 as a laborer, a position he describes as "below a zoo attendant." He was named to his current role in 2001.