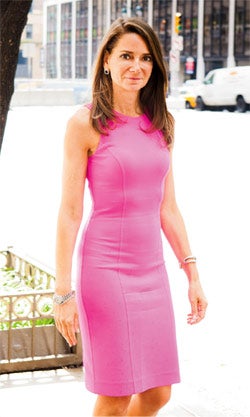 Q: How can I create multilingual websites to attract international customers?

A: Tackling the world, are we? Good for you. Attracting foreign visitors to your website involves a fairly obvious formula: Speak the same language as your target market. According to research firm IDC, web users are four times more likely to purchase from a company that communicates in their language. Additionally, visitors to websites stay twice as long on sites that are in their native tongue, according to Forrester Research.

The bad news: There's no simple formula to instantly translate your English-language website into, say, Mandarin. To learn the nuances behind a successful multilingual web presence, we spoke to Liz Elting, CEO of New York-based TransPerfect, which provides language services and translation-related technologies for companies ranging from small businesses to global enterprises.

Do I have to build entirely new websites for each language?
Sort of, but replicating your current site in multiple languages shouldn't involve rebuilding its back end. It's your content that matters, not the user interface. Quick example: When marketing a "home away from home" promotion for a franchised hotel chain, make sure the phrase "home away from home" translates.

You need to keep search engine optimization in mind for each language. Just because certain terms are popular in English does not mean the translation is the preferred keyword in other languages. Finding those keywords and terms is vital to your success. Unfortunately, there's no shortcut to this process other than painstakingly matching English words against high-ranking translations you can find through Google Trends.

If SEO matters, how do you recommend handling URLs for translated pages?
You have the option of using a subdomain (spanish.companyname.com), a subdirectory (companyname.com/spanish) or a top-level domain (companyname.sp). Which one you use depends on your company. For instance, how well-known is your top-level domain (TLD), product name or company? If your TLD is well-known, you might want to keep it for multilingual websites. If your company already owns the other TLDs for multilingual websites, you're ahead of the game. Many companies will purchase the in-market TLD ahead of entering a market to keep a competitor from swiping it.

To figure out if you should go on an international URL buying spree, take a look at how much traffic your existing domain already draws from different markets and solicit feedback from customers. A client of ours learned from customers in China that because users were required to enter information in Latin-based characters and because the site was .com and not .cn, the site was considered irrelevant in that country.

Should businesses create branded social media accounts in different languages?
Successful strategies for multilingual campaigns are still emerging. But we do know this: Poor execution via social media can cause more harm to your brand and reputation than having made no effort at all.

Also, understand that while Facebook has 55 percent global penetration, according to comScore, it doesn't mean it's the only social media site used in foreign markets. In fact, with Twitter still banned in mainland China, you're better off building a campaign on local site Sina Weibo, which has an audience of more than 300 million posting more than 100 million messages a day. On the other hand, if your customers don't use social media in China, perhaps you're better off spending your marketing dollars elsewhere.