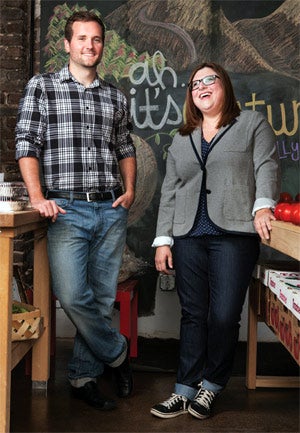 For Jen Barnett, winning two business-plan competitions was about more than just prize money and bragging rights--it made the difference between launching her company and not.

In July 2011 the Birmingham, Ala.-based web and marketing strategist and her partner, web designer Sam Brasseale, won the incubate!(bang) business contest with their idea for a marketplace for fresh, local food. In addition to $30,000 in seed money, the Alabama contest awarded them $50,000 worth of web-programming services, three months of free office space and mentorship on everything from honing their business model to incorporating. "Those were exactly the gaps we needed filled," Barnett says. "It has completely transformed our lives."

Freshfully.com launched in November 2011 to immediate success, exponentially surpassing Barnett and Brasseale's projections. But the duo didn't stop there. In March 2012 they won another local business-plan competition (run by a brewery and a neighborhood revitalization group). Besides a slew of publicity, the two received expert guidance from seasoned Birmingham business owners, plus six months of free office and retail space.

On May 1 Freshfully's brick-and-mortar store opened to the public; it was profitable immediately. Next up, the website will offer products from local farmers in five neighboring states. (It's already working with two farms in Tennessee; consumers can order their goods online and pick them up at several designated locations.) The business anticipates 2012 sales of $500,000.

"We have not made any financial contributions ourselves," Barnett says. "We don't make huge salaries. But we also didn't have any money to start the business, and we did not have to take on any debt."

Prizes from business contests run the gamut: A seemingly infinite number of local and business-school competitions offer small-change awards of $5,000 to $15,000; meanwhile, Rice University doles out six-figure prizes annually, as do accelerators MassChallenge and TechStars. But some big-money contests require winners to sign over a percentage of their equity--a deal-breaker for many entrepreneurs.

So which competitions should you enter? How will you dazzle the judges? And how can you walk away a winner even if you don't place? 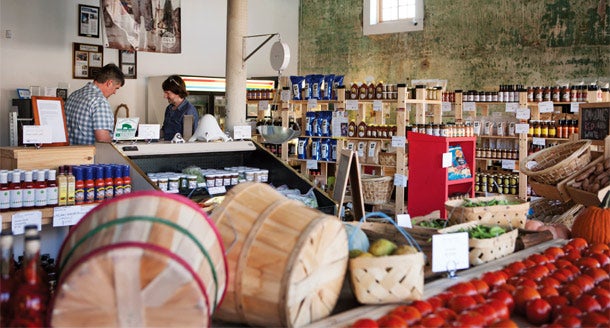 Work Your Niche
Don't just throw everything against the wall and see what sticks. Be selective about the contests you enter; choose those that focus on your market and/or business sector. This not only winnows the competition; it gets you in front of judges who know the community or industry you're hoping to take by storm.

For Jennifer Medbery, founder and CEO of Kickboard, an online student-data tracking program for educators, this meant focusing on contests for educational startups and businesses in New Orleans, where she's based. In the past three years, she has raised more than $150,000 in seed money from five wins.

But this strategy isn't just about money. Staying within your niche will get you targeted feedback from veteran investors and business leaders in your specific field. "Pitching to people in the industry is going to help you hone the pitch that much faster," Medbery says. "You're then much better prepared when you talk to venture capital and angel investors."

Tim Faley, managing director of the Zell Lurie Institute at the University of Michigan's Ross School of Business, agrees. "All the students tell us that the money's nice, but the feedback's invaluable," says Faley, a judge in the school's Michigan Business Challenge contest. In fact, he advises founders of early-stage startups to pursue contests that emphasize feedback and mentorship over financial awards.

Medbery capitalized on both: She won $25,000 in 2010 from the University of Pennsylvania's Graduate School of Education Business Plan Competition, and nabbed two of the contest's judges as close business advisors. "That kind of access to senior leaders has been invaluable," she says. "Because these aren't the kind of people where you could just send them an e-mail."

Think Beyond the Money
Contests aren't just for newbies seeking seed funding, professional services and free advice. Young companies that have nailed down their business models and begun reaching out to customers, partners and investors can benefit, too. "If you're more developed, then you go into the competition to build awareness," Faley says.

Jake Irvin knows firsthand how becoming a finalist in a high-profile competition can put a recently launched company on the map. After winning first place in this year's U.S. Imagine Cup, a student technology competition sponsored by Microsoft, Irvin received a flurry of media attention for his Tempe, Ariz., company, FlashFood, which delivers restaurant and catering leftovers to food banks and shelters. 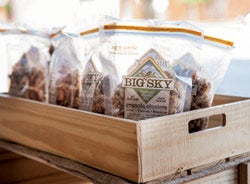 "This has been great for us in reaching out to the public," says Irvin, who founded the business with six Arizona State University classmates. Several charities, food-recovery groups and national grocery and restaurant chains have since contacted FlashFood to partner with the company.

Some contest wins come not with a check but with something equally valuable. In March Medbery's Kickboard won the New Orleans Entrepreneur Week Coulter Challenge. The grand prize: a trip to San Francisco to pitch investors. "It was exactly the right prize for Kickboard at the time," Medbery says, noting it's "near impossible" to place a price tag on the insights she gleaned from the financiers and business analysts she met--not to mention the relationships she forged with potential investors, advisors and senior leaders at the region's public schools.

Of course you have to be in a position to take advantage of such opportunities if they come your way. "Simply being introduced to a venture capitalist doesn't make a six-figure angel investment appear," Medbery says. "It's up to you as the entrepreneur to build authentic relationships with potential investors and advisors."

Do Your Homework
Winning a competition requires far more than a well-researched, passionately conveyed idea. One way to up your game is to seek feedback from entrepreneurs who've sailed through similar contests.

Take Dana VanDen Heuvel of The Docking Station, a year-old Green Bay, Wis., co-working space. In 2009 VanDen Heuvel and his business partner entered the Northeast Wisconsin Business Plan Contest but didn't make the shortlist of potential winners. Before re-entering the following year, the pair contacted past winners and judges for pointers. Based on that feedback, they conducted surveys of local telecommuters on their workplace needs and compiled similar data from their chamber of commerce and area networking groups. That research became part of their second contest presentation.

"The second time around we tried to drive home that we were really innovating by bringing this to the area," VanDen Heuvel says. The effort paid off: In 2010 The Docking Station took first place, winning $10,000 and a slew of local publicity.

Hone Your Performance
Also key to success: practicing your pitch before an impartial audience of savvy entrepreneurs (relatives don't count). "Have your focus groups ask as many questions as they can to really try to poke holes in your idea," FlashFood's Irvin says.

Mike Grandinetti agrees. An entrepreneurship professor at Hult International Business School who has judged dozens of business-plan competitions, Grandinetti calls the Q&A portion of the presentation "the most important part of the whole experience." If you can't articulate why your ideal customer or leading competitor hasn't yet solved the problem your company intends to fix, and how much customers will pay for a solution, you're probably not ready to take the stage, he says. "That's what separates the winners from the losers."

How you conduct yourself offstage carries just as much weight, according to Tabrez Ebrahim, co-founder of Evanston, Ill.-based NuMat Technologies, a clean-energy technology company that has won about $1.3 million in contests this year, including top honors at the U.S. Department of Energy's first National Clean Energy Business Plan Competition. You're judged on every informal conversation you have--over lunch, over coffee, even while exchanging business cards in the hallway, Ebrahim says: "It's not just the 15- or 30-minute pitch session. From the moment you get there to the moment you leave, everything's important."

The Competitive Landscape
You'll find listings of hundreds of competitions at sites like iStart.org and BizPlanCompetitions.com. Here's a sampling of the categories on offer.

Local competitions: Entrepreneurial contests held by neighborhood associations and other community groups are a great place to start. You might have the hometown advantage, and you won't have to shell out cash for travel expenses.

The university circuit: More than 50 U.S. universities hold contests annually, according to the Ewing Marion Kauffman Foundation. Some are so small that winners leave with nothing more than bragging rights. But bigger prizes at schools such as Rice, MIT, Stanford and Harvard can yield significant seed money: $25,000 to $100,000.

Corporate contests: Multinationals such as GE, IBM and Microsoft have recently entered the competition fray. Some award five- and six-figure cash grants. Others, such as IBM's SmartCamp competition, reward winners with premier industry mentorship and networking opportunities.

Social entrepreneurship contests: Entrepreneurs working on solving global problems such as hunger, poverty, energy and education now have a smorgasbord of contests from which to choose, including the Hult Global Case Challenge, which awards $1 million in prizes annually.

Accelerators: The real value of accelerators lies in educational and networking opportunities. MassChallenge, the granddaddy of them all, awards $1 million in cash and $10 million in in-kind prizes each year; additionally, finalists receive three months of extensive mentoring. "One could argue that's the best prize of all," says Hult professor Mike Grandinetti.

Eye on Investments
Most entrepreneurs would take a no-strings cash prize over one that requires them to dilute their equity any day of the week. But don’t discount the growing number of contests that offer investment prizes outright.

Often, "when you receive a grant, the relationship ends after you get the cash," says Candace Klein, who has won 25 contests since March 2011, for a total of $500,000 in services and cash prizes. Not so with contests offering investment prizes. Klein has won two equity investments in her company, Cincinnati-based SoMoLend, a business crowdfunding site.

"They have a stake in my company," Klein says. "They’re going to help give me the resources I need to be successful." Chief among them: continued introductions to more investors.

If you plan to enter contests with investment prizes, don’t go it alone. Get a seasoned investor on your board of advisors who can vet such offers and consult with an attorney before signing anything. "Equity is a very scarce and precious company asset," says Mike Grandinetti, entrepreneurship professor at Hult International Business School. "Be sure when you sell someone equity that you are getting a fair return on it."