How 5 Successful Entrepreneurs Bounced Back After Failure

Failure is a part of life, and maybe even a bigger part of business. If fear of failure is holding you back, take inspiration from the stories of these successful entrepreneurs who have bounced back after major failures.

From I Can Haz Cheezburger's Ben Huh's first failed dot com to Frank Jadhavji of electronic deal site Just Deals.com dealing with $300,000 in stolen merchandise, these five entrepreneurs had the guts to get up and try again.

Co-founder and CEO of HipSwap

CEO and co-founder of LocalResponse

CEO and co-founder of The Muse

Co-founder and interim CEO of JustDeals.com

Entrepreneur: Ben Huh, founder of Seattle-based Cheezburger, which owns the websites Fail Blog and I Can Has Cheezburger (home of the LOLcat).

Setup: Huh was a 22-year-old journalism major when he moved to Chicago and founded software analytics firm Raydium in January 2000. He'd worked at startups but didn't have much experience or a network to raise money easily. Still, he cobbled together $750,000 over two rounds.

"Uh-oh" moment: Eighteen months later, he hit a wall. "You're hopeful to the end, but we were flat out of money and couldn't meet payroll," he says. Huh tried raising more money, but the dot-com crash was in full effect, and there was none to be had. For two weeks, he says, he could barely leave his room. "These investors had put a fortune on their faith in me, and you feel like you should have rewarded their faith," he recalls. "You feel like you can't do another company again." 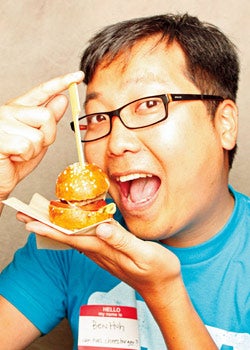 The way out: Six years passed before Huh decided to buy I Can Haz Cheezburger and begin building his funny-blog empire. During that time, he came to terms with the fact that investors understood the risks, and that Raydium might not have worked even if he'd raised enough money. He compares the process of starting over to getting back on a bicycle: "You know how painful it can be, but you do it anyway," he says. "I think you are better prepared, mentally and financially, but you never know if it's going to be successful. That's called maturity."

Success: Huh took over Cheezburger in September 2007. The blog network now receives 25 million unique visitors and half a billion page views per month, and has raised more than $32 million to jump-start a platform that will allow anyone to create memes. Cheezburger boasts 90 employees, a handful of whom star on the Bravo reality TV show LOLwork.

Take-away: Draw some kind of line between business and personal life, especially when it comes to finances. Huh mixed his credit cards and ended up shouldering company debt when Raydium folded. "But once you realize those limits, go for them," he says. "Think of it as the best education money can't buy." 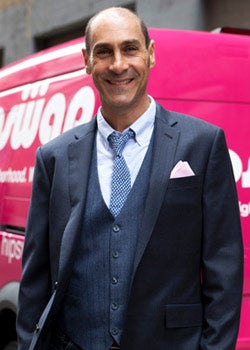 Entrepreneur: Rob Kramer, co-founder and CEO of HipSwap, a Santa Monica, Calif., developer of a mobile and web peer-to-peer marketplace for used goods.

Setup: In 2008 Kramer started a politically minded social network called PopRule. A startup veteran with several successes under his belt, he and his business partner sank their own money into the venture, built the product and put together a talented advisory board. Things promptly went downhill. The social media team behind Barack Obama's presidential campaign built a popular social network of their own, and Facebook's star was rising in the political sphere. Investors began to grumble.

"Uh-oh" moment: Around the time of the '08 presidential election, Kramer put PopRule on hold. "The idea wasn't getting enough support. There was too much diffusion and fragmentation in the market," he says. Kramer's outside investments were taking a hit, too. He did the math and realized it would take far more money than they had to get the user numbers they needed to succeed. "Entrepreneurs need to get really comfortable with discomfort, but with PopRule, I didn't want to throw good money after bad. Everywhere I looked, it was clear I needed to end this as elegantly and quietly as possible," he says.

Kramer regrouped in January 2009 to try morphing PopRule into a "Digg for politics," but that lasted just a couple of months. "We had such a bad taste for the scene that we ended up shuttering that, too," he says. "It was the right decision but one of the most painful, because I had always been able to give investors a return."

The way out: Kramer did contract work while he and his partner came up with their next project. "Building companies is all I know how to do, and I love the process," he says. "If this is what you do for a living, you take the knocks and say, 'On to the next one.'" The answer came to them in 2011: a business that could address the problems of secondhand and peer-to-peer marketplaces.

Success: HipSwap has some 200,000 registered users, $250,000 in sales and has partnered with celebs and small businesses to drive traffic. The average sale price of an item on the network is an industry-topping $75. HipSwap has closed on a $1.1 million round of seed funding.

Take-away: After a setback, recalibrate. Entrepreneurs find it difficult to get away from their businesses, but breaks are vital. "You're coming up with ideas in your sleep and waking up with them," Kramer says, "but sometimes you have to stand back and not think about it. Allow your mind to rest in a different environment until you're ready again." 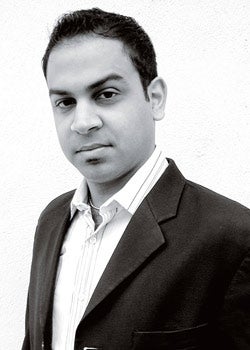 Setup: Mehta has dealt with the ups and downs of startups for 13 years. His first venture went bankrupt in 1999, but the assets were folded into a mobile-marketing company that eventually sold to Omnicom Group in 2005. In 2007 he started buzzd, a real-time mobile city guide that snagged $4 million in funding.

"Uh-oh" moment: This was before the iPhone kicked off the mobile revolution, and Mehta couldn't pin down a revenue model. He started running out of money in early 2010, and the next six months were torturous. Staff shrank from 20 to six, and he had to float the payroll personally. His co-founder burned out and left. "I remember negotiating his departure on the phone, on my birthday, April 22, 2010, walking around Central Park. Definitely a low point," he says.

The way out: A pivot. For half a year, Mehta negotiated with buzzd investors to recapitalize the company, touting a new "direct-response" product that could help big brands get high click-through rates. He ultimately convinced them to convert their preferred stock to common stock and leave the board. In October 2011 he raised about $7 million to scale the company, newly renamed LocalResponse.

Success: By the end of 2012 LocalResponse had hired more than 30 employees and was projecting a run rate of $10 million, with profitability just around the corner thanks to a flurry of campaigns with clients like McDonald's, Audi and FedEx.

Take-away: Stay in the game as long as possible. "I learned this the hard way--it was six years from my first company to my first exit," Mehta says. "Building products isn't easy, but if you keep working hard, keep throwing things at the wall, you will find a way." 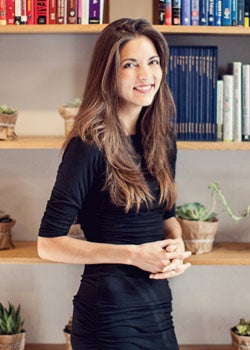 Setup: In December 2010 Minshew quit her job at the Clinton Health Access Initiative to run Pretty Young Professionals (PYP), a women's networking site she had started with three co-workers a couple of months before. She bootstrapped the company and guaranteed a small payroll with personal savings, working as an unpaid CEO and editor in chief. By spring 2011 she'd managed to attract only 9,000 users. Then, a redesign increased users to 20,000, and the other members of the founding team began to get more involved.

"Uh-oh" moment: The group splintered in half after an argument about how best to run the company, and the threat of a lawsuit loomed. "We split our equity on a piece of notebook paper. We didn't have lawyers; I didn't think we needed them," Minshew recalls. "I spent three weeks alternating between the fetal position and the whiteboard trying to figure out how strongly I wanted to fight for the existing company vs. how prepared I was to strike out and do it over."

The way out: Minshew decided on a do-over, watching PYP's rebranding from the sidelines. In September 2011 she launched The Daily Muse (now called The Muse), and PYP's entire staff, plus another co-founder, joined her. The Huffington Post and TechCrunch covered the launch; the site drew more visitors in its first month than PYP had in its best. "The community knew what happened and stood behind us with tweets and shares," Minshew says. "It was painful, but being forced to start over was a unique sort of gift, because having been through a lot together, the team comes out of it with the confidence that nothing is going to stop us."

In November, she was accepted into the prestigious Y Combinator accelerator program. She added mobile, local and social media functionality to her platform to look more like a "billion-dollar" startup.

Success: She's still out $20,000 in savings, but by the end of 2012 the website had nearly 2 million users in more than 160 countries, increasing at a rate of 30 percent every month. The Muse, now with eight employees, has partnerships with 60-plus companies, including Intel, Sephora, NPR, Pinterest, Twitter and foursquare.

Take-away: In a business partnership, formalize the process and paperwork, and hire a lawyer who can spot problems you never dreamed would arise--just in case things get personal. And of course, choose your partners wisely. "It's so important to find people who share your values and ethics," she says. "There are a lot of things you can paper over, and having different sets of opinions is valuable, but not when it comes down to code of conduct."

Setup: After many years in the computer and consumer electronics industry, Jadhavji decided to parlay his experience into his own company. He launched JustDeals in 2010 in Chatsworth, Calif., buying up closeout and refurbished electronics and appliances and offering them at discounted prices online. The self-funded company broke even its first year. He decided it was time to ramp up for the next stage of growth and purchased a large volume of cameras and other electronics for the holiday shopping season, working with consumer reporters to promote the deals.

"Uh-oh" moment: Soon after the inventory arrived at the warehouse, it was stolen. At 6 a.m., a red van slammed into the cargo door; two minutes later, a group of thieves had taken more than $300,000 worth of merchandise. The worst part, Jadhavji says, was that the cameras had already been sold, and customers were waiting for them. "We had to bring in the executive team on Sunday to talk about how we were going to handle it," he says.

"It was demoralizing," adds Richard Chemel, co-founder and executive vice president of merchandising. "In e-commerce, reputation is all on what you sell, and we were scrambling."

The way out: Old-fashioned crisis control. The team members put their heads down and got to work, dealing with insurance companies, contacting customers and explaining the situation, offering discounts and coupons and negotiating with vendors to find similar products.

Success: Customers were satisfied, and business is booming. JustDeals' traffic tripled in the last year.