The Inspiring Man Behind Thousands of Motivational Posters

They were icons of late-1980s America: framed posters of soaring eagles, rowing teams or lonely mountain peaks, each captioned with a mighty concept like "Perseverance," "Teamwork" or "Excellence" and followed by a compelling quote. They were meant to inspire the millions of people lingering in break rooms, waiting in dentists' offices or staring at the wall behind the boss's head. They were--and are--Successories posters, the brainchild of travel-company founder turned motivational rock star Mac Anderson.

While the posters these days are more commonly the subject of ironic memes or parodies than sought-after office artwork, there was a point in the early '90s when Anderson was shipping 2,000 prints a day, raking in $75 million in one year.

Anderson sold Successories 10 years ago to a private investor for an undisclosed amount, but he didn't leave motivation behind. Over the last five years his multimedia publishing company, Simple Truths, has sold more than $50 million worth of short motivational books--all designed to be read in about half an hour--including 1 million copies of 212: The Extra Degree.

We caught up with Anderson in his Naperville, Ill., office to get a fresh dose of inspiration. 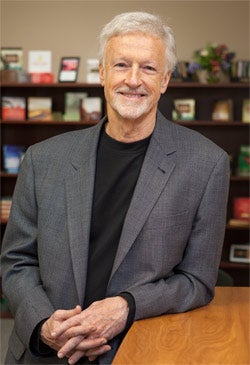 Where did you get the idea for the Successories posters?
All my life I've loved quotations. I've probably heard every quotation out there. I owned the largest travel company in the Midwest, and one year I created a book of motivational quotes for one of our customers for a national meeting. The next day the phone was ringing off the hook. So I got the idea to test it in hotel and airport gift shops. Eighteen months later I'd sold 800,000 copies. Then one day I decided to put some of the quotes on posters. I came up with the themes, and my designer, Mike McKee, added the photos and designs. Then we really took off.

Why do you think the posters were so successful?
I think there are millions of people who share my love of quotes. It's like looking through the lens of a camera. Sometimes things are blurry, but then you tweak the lens and it becomes crystal clear. You see the quote and say, "That's how I feel!" Once you put it on your desk or wall, it's just a reminder of what's important in life and how you are going to reach your goal.

How do you define motivation?
One of my favorite definitions is "an inner drive that compels behavior."

All motivation comes down to self-motivation. We use things like books or posters to reinforce ourselves to stay motivated, because in life it's easy to get off-track.

Why did you start Simple Truths? Is it the future of motivation?
Well, one day I looked in my closet and saw a pile of 12 books I wanted to read. I realized that people have great intentions to read books, but life gets in the way. So my intention with Simple Truths was to create short books with great content and great graphics. Then we took one of the books and added music and created an internet video around it. In the next 18 months we got 30 million people to watch that first movie and converted thousands of them into customers. In the last five years more than 100 million people have watched our movies. At the end of each one you have a chance to buy it on our website, and then you're exposed to 100 more Simple Truths titles.

What is your favorite Successories poster?
I would have to say there was one I kind of loved. The title was "Risk" and it had a picture of a sailboat under the moon. It reads, "Man cannot discover new oceans unless he has the courage to lose sight of the shore."