Call Eric Orton anything you want--genius, madman, sadist--but don't call him a quitter. As a mountain runner and endurance coach, Orton has finished countless races, from the high-altitude, 100-mile Grand Targhee Ultra Marathon to a 50-miler alongside the legendary Tarahumara runners in Mexico's remote Copper Canyon. Yet as strong as he is, the pain he experienced when running became nearly too much to bear. "I almost gave up running because I couldn't wear shoes," says Orton, who lives in Jackson Hole, Wyo.

The problem--for Orton and a growing legion of runners--was the modern running shoe. After Orton coached journalist Christopher McDougall for the Copper Canyon race in 2006, an experience detailed in the bestselling book Born to Run, the minimalist running-shoe category was born. McDougall's story shed light on the concept of barefoot-style running by documenting a race against the area's native people, who had astounding endurance and ran injury-free in handmade sandals. 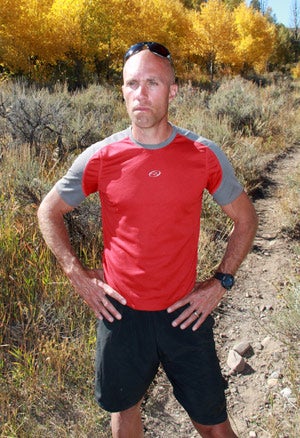 By evolving to fit what Orton calls "built-up" shoes, modern runners have developed poor mechanics, causing them to sustain injuries. "All the aches and pains that we feel as runners--that people were brainwashed into thinking were normal for people who run a lot--don't have to be the case," Orton says. "As I ran in more basic shoes, my body started feeling better."

Born to Run's worldwide success sent runners flocking to Orton, all looking for the secret to running pain-free. "I went from needing to help 30 people to needing to help thousands," he says. Then, Ironman triathlete Eric Swartz called with a plan: team up and build a wholly new running shoe that helps athletes transition to running properly. "I told him this needed to be much more than a shoe," Orton says. "It needed to be a training system and a way to help people put it all together."

In 2010 the pair formed B2R, an Atlanta-based shoe company that combines footwear with strength training, running programs and nutrition drinks. But rather than sprint to market, B2R developed its shoe slowly, watching as competitors rushed to cash in on the trend. "I wanted a shoe that I wanted to run in--and a majority of true runners would want to run in--without it feeling or looking weird," Orton says. 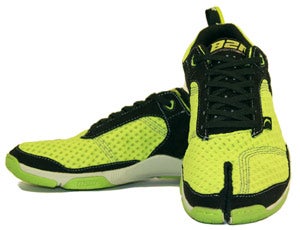 Launched last summer via Orton's Facebook page and fan site, B2R's shoes have slowly been trickling onto feet around the world. "I was surprised to see orders coming in [to the website] from everywhere the first week after we went online," Orton says. But ask him whether he now considers himself a shoe guy or an endurance coach, he'll quickly respond: "Coach. I want people to understand how great running correctly feels."