Maker's Row Ushers in a New Wave of U.S. Manufacturing

When Roberto Torres and his business partners founded their Tampa, Fla.-based clothing com-pany Black & Denim in 2008, they had no idea how long it would take them to turn their made-in-America mission into a reality. "We spent the first three years finding vendors to manufacture in the U.S.," Torres says.

The process included trips that would have tested even the sturdiest shoe leather. Torres spent weeks visiting factories in New York City's Chinatown, in Los Angeles and in El Paso, Texas, in search of a manufacturer that would take a chance on a new menswear designer--from Tampa. 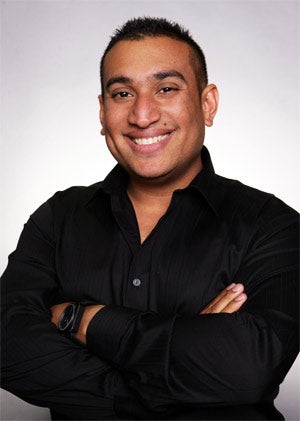 "As a business we're affecting 10 other businesses. That's how significant producing and manufacturing in the U.S. is."
--Roberto Torres, Black & Denim
Photos courtesy of Black & Denim

"The clothing industry is not open-source," he says, noting that designers hold their contacts close to their custom-cut vests. "Essentially we were cashing in favors from strangers, people we never met before, to find somebody who could just print a T-shirt or sew a button on a woven or weave a knitted garment."

After finally locking down some manufacturers, Torres and company finished their business plan. The first Black & Denim menswear collection rolled out in the fall of 2010. In 2012 revenue was $100,000.

For every small designer in the U.S., there's the potential to put people at many other small and midsize businesses to work. At any given time, Black & Denim deals with about 10 vendors, including denim, cotton, leather and trim suppliers, an embroidery studio, a seamstress and a drop-ship and management facility. "As a business we're affecting 10 other businesses. That's how significant producing and manufacturing in the U.S. is," Torres says. 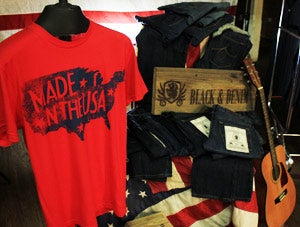 Even so, when the decision was made to branch into womenswear, there was the unappealing realization that all new factories would have to be sought out. Then Torres found Maker's Row, a listing service of apparel manufacturers across the country. As the only partner who works full time on the business, he carefully monitors "anything to do with fashion and tech." Three months after stumbling upon Maker's Row, his search was over. Torres says the extensive list of factories not only made it easier to find manufacturers to hire, but he was also able to negotiate better contracts. "It saved us three years of our lives," he says. 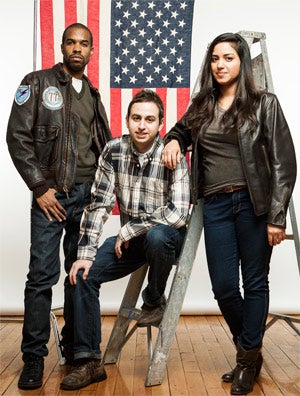 Today a new breed of company is helping entrepreneurs around the country capitalize on the small-batch industrial revolution. At Maker's Row headquarters, website founders Matthew Burnett and Tanya Menendez are determined to bring together designers and the factories that can help them turn their ideas into moneymaking realities. The potential matches include everybody from bootstrapping beginners to established names on both sides of the equation. In short, they want made in America to be cool again.

Though MakersRow.com just launched in November 2012, the site looks like it's on track to become the Match.com of American manufacturing. Says Jesse Meyer, founder of Montgomery, N.Y.-based Pergamena, which produces high-quality parchment and leather: "You smack your forehead. Why hasn't anybody done anything like this before?"

Matchmakers
Burnett first partnered with Menendez (then a Goldman Sachs employee working on automation projects) in late 2010 to build Brooklyn Bakery, a seller of American-made leather goods. Previously Burnett had tried his hand at overseas manufacturing through his first entrepreneurial experience, a watch company called SteelCake. He'd received significant interest from boutiques, and celebrities like Kanye West were wearing his watches. But his reliance on overseas factories sank the business. 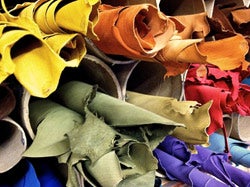 Hide seek: Pergamena, a source for leather and parchment, lists its services on Maker's Row.
Photos courtesy of Pergamena

When his order of 10,000 finished watches arrived in New York from China after a monthlong customs delay in Alaska, he discovered that a manufacturing error had ruined 2,000 of them. "I was heartbroken," Burnett says. "With overseas suppliers, when somebody messes up an order, what's your power? I was begging them to fix these errors [to no avail]."

For Brooklyn Bakery's first products--bracelets--Burnett spent hours scouring the Yellow Pages, conducting online searches and making calls to find the raw materials, manufacturers and factories he needed. Eventually he sourced his leather from Queens and chose a midtown Manhattan factory to do the assembly. "I really became friends with all the manufacturers who were working with me," he says.

Then Burnett decided to add handbags to the company's offerings--but his vendor didn't do handbags. Menendez suggested that instead of focusing on leather goods, they build a platform to solve the ongoing problem of sourcing. They put Brooklyn Bakery on ice--"You can't solve made in America for small business on a part-time basis," Burnett says--and were accepted into the 2012 Brooklyn Beta Summer Camp program to focus full time on building what became Maker's Row. (That's also where they met their third co-founder, Scott Weiner.) Burnett recalls those first meetups with a laugh: "People didn't understand what we were thinking. They were like, ‘Things are still made in the U.S.?'"

The Maker's Row platform breaks down the manufacturing process into six basic steps: ideation, patternmaking, materials, sample making, tooling and production. From there, the site provides a detailed rundown on manufacturers, including their history, capabilities, samples and contact information, as well as the type of customer they're seeking: student, startup, small business or big brand. The key, according to Menendez, is the standardization of company profiles, "so that entrepreneurs could quickly and efficiently look through different [factory] profiles and see what was the best fit for them."

Designers can search for everything for free, from one-stop shops that help take them from idea to market (an often-preferred choice of startups just learning the language of the manufacturing process) to specialized manufacturers that can produce custom branding stamps or offer laser cutting.

The site launched with a focus on the apparel industry. "We wanted to approach apparel in the beginning because the barriers to entry were so low [for entrepreneurs] as opposed to some of the other industries like electronics or interior design," Burnett says. "We thought if we're able to solve the apparel industry, then we'll know how to tackle all the other industries we want to go into."

Once the Maker's team began calling manufacturers to sign them up for $50 to $200 per month, "the response was almost instantaneous," Burnett says. "They would say ‘I'm in' and that I should ‘call Bob because he'll love this resource, too.' We knew we were onto something."

By April of this year, the site listed more than 1,400 manufacturers. And thanks to upcoming partnerships with manufacturing guilds and trade shows, Menendez projects they'll have 60,000 manufacturers on the site by the end of 2013.

Building Relationships
Although manufacturing in the U.S. has long had a rep for being pricier than its foreign counterparts, things have changed. Prices have gone up overseas. Burnett says one of the Chinese factories he used now charges three times what he paid during his watchmaking days. And overseas manufacturing minimums--often requiring orders in the thousands--can be prohibitive, particularly for startups.

Anna Livermore--founder of Chicago-based V. Mora, which offers services ranging from patternmaking to guiding startups through the first two years of their collections--says a factory's story has started to mean as much to designers as the designer's story means to consumers. "Here it's more something you've grown and been there for step by step," she says. "You have a relationship. You know where they're working. You know that the garments are being created there, and you can see it."

Livermore's own business has received a nice boost from being listed on Maker's Row. During V. Mora's first six weeks on the site, the company booked 28 strategy sessions and three new retainer clients. 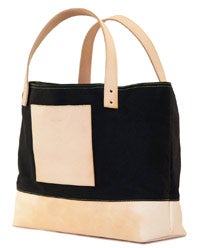 "Maker's Row is a huge timesaver," says Elise Avera, founder of St. Simon's Island, Ga.-based resortwear label Leon + Bella. "I'm on the beach, and it's beautiful weather, but it's not like I'm in New York and can just walk to a bunch of factories. I have to do it from here."

On the price front, Avera acknowledges that it's often more expensive to keep manufacturing within U.S. borders, but she believes it's worth it: "There's just something about the craftsmanship. I feel like it's a little bit more my hand."

Burnett grins when talking about the effect Maker's Row has had on designers and factories. It's even helping break down some of the industry's tight-lipped ways. They added review functionality to the site so designers can leave comments on the factories' profile pages. "We're surprised that some of the closed-off clients are willing to share that information in reviews," Burnett says.

But the desire to support the factories--and keep them in business--clearly trumps any old-ways concerns. There are plenty of reviews threaded throughout the site. And, Burnett adds, factories have started reaching out to each other through the site to build referral networks.