Savvy 'treps know that where there's change, there's opportunity. And perhaps no segment of American business life has been exposed to more change than traditional media outlets. That's where Matter Ventures, a San Francisco-based VC firm, sees promise. Through partnerships with nonprofit groups, the company looks to incubate new entrepreneurial ideas in journalism, social media and other forms of public-space communication.

Funded by a $2.5 million investment from the Knight Foundation and public-radio affiliate KQED, Matter Ventures invests $50,000 in seed money to media startups in exchange for 4 to 7 percent of equity. The idea is to bring Silicon Valley's accelerator model to the media sector, while providing a crash course in real-world entrepreneurship to potential innovators who may never have seen a business plan.

The first class of six participants--which included Zeega (a platform for creating and sharing interactive videos) and SpokenLayer ("bringing human voice to the best of the written web")--finished its five-month acceleration program in July; the next session started in October. 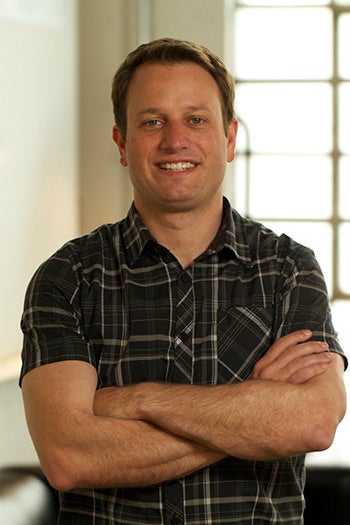 Will Matter Ventures save journalism? Will it be profitable?
We're building a place where lots of experiments will happen to help define the future of meaningful journalism. We decided that the best way to spark the innovation we're seeking is a for-profit model that will put viability constraints on us and our team. The last thing I wanted was to support a bunch of well-meaning lemmings who'd fall off a cliff at the end of five months. We want people who need to be sustainable and viable on their own. And we own a stake in their companies.

How do you pick the participants?
It's hard to describe, especially since media today is increasingly hard to define. Our mission is to support entrepreneurs who are building a more informed, more connected and more empowered society. Our job isn't to tell them what the future of journalism is going to be, it's to build a place where the necessary innovation can happen. Early-stage entrepreneurship is much more about the people than their ideas, because the ideas will change over time--they should change over time. So we ask, "What sort of change does this person want to see in the world, and is that aligned with our mission?"

What do you teach them?
I was frustrated in business school. I got a world-class entrepreneurial education, but it was from B to Z--"You have a market-validated idea and team, so here's how you execute it and be analytical about it." But I'd come from a creative background, and nobody was answering the question, "I want to be an entrepreneur: How do I take that first step?" We try to take similarly creative people and take them from A to B.

We start with an intense entrepreneurial boot camp. Then we have four one-month sprints that each culminate in a design review--essentially a demo day with our community--to create an environment of what I call "intentional serendipity." We want to get them to a place where they have validated their premise and are able to raise investment.

What does success look like?
Five years from now, we hope to see companies that have come out of Matter have a large presence and a meaningful influence within the world of media that matters--whether that's journalism or public media or something else. In doing so, we should be judged like any other investor, which is a return of three times on our capital. That's how the great venture capital firms are measured.