7 Reasons Why Bigger Isn't Always Better for Your Startup

Dean Cycon had been selling his fair-trade coffee to Whole Foods Market outlets in New England for five years when he got "the call." The natural-foods giant wanted to expand distribution of Dean's Beans Organic Coffee from the 17 stores that already carried the product line to the entire U.S. Whole Foods roster.

Sounds like an entrepreneur's dream come true, right? But Cycon hesitated when he realized the change would triple the size of his Orange, Mass.-based business overnight. "I looked at what that would do to our company," says Cycon, CEO. "First, it would require us to add evening production shifts, which we're not interested in, because family and quality of life are a big part of our company culture. It also would require a $500,000 investment in machinery to make roughly the same profits. I realized we'd have to work three times as hard to be in the same place financially in terms of profit, and what's the point in that?"

Cycon respectfully declined the Whole Foods offer. Instead, in the 10 years since, he has expanded organically at a slower, more comfortable pace that has allowed him to stick to his business principles. "Growth is the outcome of business done well; it should not be the goal," he says.

Though the prevailing mantra among startups is "bigger is better," keeping a tight rein on expansion may actually be better for the company. Every business owner defines success differently, and not all feel the need for increased funding or more customers or employees. Many 'treps have found that being smaller isn't about settling for less; it's about building the company--and life--they want.

Staying small can improve your bottom line and your state of mind. Here's why.

1. Growth Can Detract From Your Company's Purpose.

Adelaide Lancaster, author of The Big Enough Company, says growth can force a business to compromise on its core purpose and the entrepreneur's passion. "Having as many customers as possible isn't the goal for every business," she says. 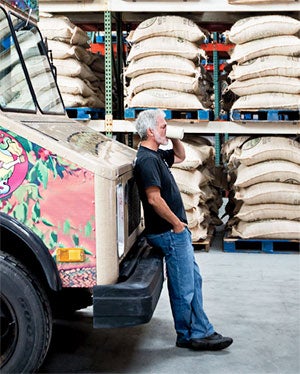 For Cycon, setting up nighttime production that would require employees to be away from their families would have undermined his mission of facilitating meaningful personal lives for himself and his staff of 12. "If your business has values you care about or a statement you're trying to make, it can be radically altered by growth," he says. "Yes, you likely started your business to make money, but if you built a corporate mission into your company as well, too much growth can pose a risk to that purpose."

Taking a business to the next level almost always requires a bigger investment, from new facilities and equipment to additional employees. Lancaster says many entrepreneurs are surprised to find that bigger versions of their businesses don't necessarily yield bigger returns. "Increased revenues are almost always accompanied by increased expenses," she says.

George Burke, founder and CEO of New York-based book-rental service BookSwim.com, put the brakes on his company's growth when he determined that he could bring in more profit if he stopped spending on technology and marketing to capture new customers and instead focused on his existing $20-per-month subscribers.

"When I was able to make that change, I went from a salary of zero, which was really disheartening, to being able to bring in a salary of six figures for myself," says Burke, whose company posted annual revenue of $1.1 million and employed 15 people at its height in 2010 before being acquired by competitor Booksfree.com. "It was better for me and my business to scale back."

While Burke enjoyed coasting on the subscription base he had built, the move also allowed him to explore ways to adapt his business to changing times. With e-readers gaining in popularity, he turned his attention to launching an e-book rental business, eBookFling.com. "After growing to a certain point, you may be able to sit back and say, 'What we've built is generating some income; I can go do some other things now,'" he says.

Growth can shift the responsibilities of the founder toward administrative tasks and away from the passion they had to start the business in the first place, says Jennifer Schaus of Washington, D.C., consulting firm Jennifer Schaus & Associates. The effort it takes to grow your business can take time away from that primary activity.

"Let's say you love the service aspect of your business, or want to maximize the time you spend designing, selling, coding or innovating," Lancaster says. "Building a bigger machine may require you to sacrifice too much of your desired job in order to focus on the business-building tasks."

Schaus has experienced this pressure herself. "It may make sense to hire a president or operational person to handle business decisions like payroll and benefits at a certain growth point," she says. "But I enjoy the interaction at the customer level and am still profitable in this capacity. It works for me, and I'm able to satisfy customer needs."

4. You Want to Control Your Schedule.

Many people turn to entrepreneurship because, in addition to paying the bills, it allows them the freedom to live the way they want. That was a big draw for Nina Interlandi Bell, owner of Tweedle Press, a custom letterpress print shop in Chicago. After phasing out her work last year as creative director for a packaging company to give Tweedle Press her full attention, she found that running the company with only one employee--her husband--made for an easier work-life balance than when she used part-timers in the past.

"Those employees provided lots of great help, but we like the flexibility that comes with having to answer only to ourselves," she says. "We can make changes to our schedules and for the most part do what we want to do without having to notify anyone as things come up. It's easier to keep control of your schedule and your life if you just stay small."

5. You Don't Want to Hire or Manage Lots of People.

"Most small-business owners don't want to get bigger because they find that having more employees simply increases the amount of work they have to do, and in exchange the increase in profits just doesn't justify it," he says. "They're just not certain they'll grow to the point where they can justify it."

Hiring can be daunting for other reasons as well. "In addition to the legal requirements of hiring someone, there are huge psychological requirements," King says. Many business owners have trust issues or don't wish to feel responsible for employees' livelihoods. Others feel they can manage themselves better than they can manage other people. "I never considered myself much of a leader," says BookSwim.com's Burke. "I may be an innovator, but it was never easy for me to direct or manage my employees."

Delegating can be a challenge. Interlandi Bell spent a lot of time worrying about training her employees and preparing tasks for them. "A lot of times it just seemed easier to do it myself," she says. "And I was able to because the business was small enough to allow it."

Not every entrepreneur wants to borrow the money necessary for substantial investments in real estate or equipment to increase capacity. To grow, King says, "you have to take on more risk, like taking on more debt or using more of your own money. But if it doesn't work out, you can blow up your profitability or worse, blow up your company." He notes that growing too fast is one of the reasons many businesses go under, because they run out of cash. "Staying smaller means you can control your risk because you don't have to actually lay out money for the costs of growing." 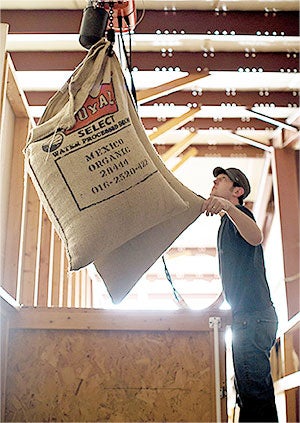 Cycon says he has managed Dean's Beans for 20 years on his personal savings and a home equity loan, which he took out when his company's slow but steady growth required a second facility and bigger equipment. Today, with revenue of more than $4 million, he has roughly $500,000 in debt, which is manageable through his monthly cash flow. "As long as you can service your debt handily, then debt is your friend," Cycon says. "But it can also very easily overwhelm you."

7. You Want to Avoid Regulation.

There are a slew of federal and state regulatory requirements that can persuade entrepreneurs to stay small rather than face the increased costs and oversight associated with a bigger business. The most high-profile include the Affordable Care Act, which next year will require firms with more than 50 full-time workers to provide health insurance to those employees; the Family and Medical Leave Act, which requires employers of more than 50 workers to provide unpaid, job-protected leave for family and medical reasons; and the Americans with Disabilities Act, which makes it illegal for companies with more than 15 employees to discriminate against individuals with disabilities.

There are additional federal and state regulations that can affect 'treps in other ways. For example, the U.S. Environmental Protection Agency's industrial- and toxic-waste regulations impose additional requirements on companies that generate more than 220 pounds of hazardous waste per month. "Rather than face those additional requirements, which may include buying more equipment, doing more monitoring and hiring people to fill out all the required paperwork, some business owners might just choose to keep their business smaller to stay under that amount," King says.

Similarly, the Food and Drug Administration's labeling standards are less onerous for food producers that make fewer than 100,000 units within a 12-month period. "If you're an artisan food producer, you don't have to go through the cost of having it analyzed and labeled," he says. "So there are definite incentives to staying small and not crossing over that threshold."