Steve Weissmann, a California restaurateur and real-estate investor, was already living in just 400 square feet of space when he met Jay Shafer, founder of Tumbleweed Tiny House Company. Shafer was a leading voice in a growing movement that encourages people to live in tiny homes. His fledgling company sold books and building plans for complete residences that started at 65 square feet.

Weissmann so loved the stylish Tumbleweed homes that in 2007 he bought into the venture and became its president. He quickly realized that the wee company needed a big makeover. "When I joined Tumbleweed," he says, "it was more of a product than it was a business."

When the economy tanked, so did the Sonoma, Calif.-based company's sales. Weissmann and Shafer (who has since exited) reconfigured Tumbleweed with a focus on do-it-yourself homes. They issued Shafer's The Small House Book, created new house designs and offered workshops across the country. 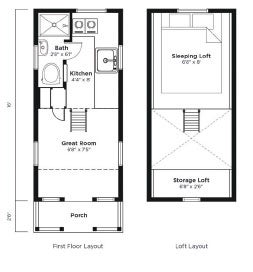 Tumbleweed has become a lifestyle choice for a diverse set of customers, from young people with a need for an affordable first home to Baby Boomers who want to downsize to those who simply want to add space, perhaps for an aging relative, by putting a tiny house in the backyard. In all, the company now offers 21 floor plans for houses starting at 117 square feet.

"When I first got involved, in my mind, it was really a niche thing," Weissmann says. "I didn't expect it to go mainstream the way it did."

Tumbleweed's workshops (priced at $239 to $399 a pop) attracted more than 2,200 attendees in 2013. But not all customers want to build their own homes; at the workshops, it emerged that many people would be interested in purchasing completed projects.

In response, Tumbleweed began building and delivering houses on wheels. In 2013 its mobile models gained national certification from the Recreation Vehicle Industry Association as park trailers--a move that helped overcome zoning obstacles and qualified the residences for financing. 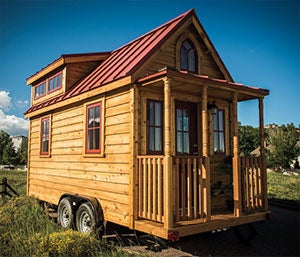 Weissmann found craftsmen in Colorado to build the homes, which sell for an average of $60,000. The company sold 25 finished houses last year; between workshops and home sales, 2013 revenue topped $3 million. Weissmann expects to sell 100 completed houses this year and projects revenue of $8 million.

"Our goal going forward is to make it as easy as possible for somebody to own and build their tiny home," he says. "The RV market is booming, and I see us as the alternative RV."

Weissmann's savvy redesign of Tumbleweed's website has also been a big help. He added success stories and encouraged comments and questions from visitors curious about the transition to a tiny-home lifestyle. The FAQ was revamped to respond to questions raised by customers' e-mails. Building plans were rebranded, and the process of mixing and matching exteriors and interiors was simplified. Visits to the website grew to 4.5 million last year.

By tapping customers and others passionate about the product, Tumbleweed has been able to expand to 13 employees, though it's still housed in a bungalow. "Two years ago, this was a garage-based business," Weissmann says. "It just exploded overnight with no venture capital, which forced us to be smart about how we grow our business."

These entrepreneurs are cashing in on the budding tiny-homes sector

Californian Kent Griswold went searching for ideas to build his dream cabin and ended up with a new career. He stumbled upon the Tumbleweed Tiny House Company site, fell in love and decided to start the tiny house blog. Within a year, he was topping 1,000 hits a day. Griswold, who had been laid off as a mortgage-bank programmer, now works full time on the blog, which gets 10,000 to 15,000 unique visitors a day. He has a healthy list of affiliates and advertisers and earns six figures from the blog and the electronic publication tiny house magazine, which has about 2,000 subscribers.

Dean and Marcia Harris started Connecticut-based itsy bitsy ritzy shop, which sells small-scale furniture packed with hidden storage, in 2012. The handcrafted pieces, made in the U.S., transform for various uses throughout the day; for example, a coffee table converts to a storage unit, extra seating or an ottoman.

tiny texas houses, based 55 miles outside of San Antonio, builds Lilliputian homes almost entirely from salvaged materials. Founder Brad Kittel has worked in the salvage industry for three decades. He started the company in 2006 and bills his houses as both green alternatives and works of art.

North Carolina-based Andrew Odom and his wife started their blog, tiny r(e)volution, when they were researching and exploring before building their home. He thought others might learn from their experience and created a series of how-to posts, a YouTube channel and online seminars going for $90 each. He also has forged online partnerships with suppliers of siding, roofing and other building materials who otherwise would not sell in lots small enough for builders of tiny homes. --J.M.