The Role of Luck in Business, Investing and Sports

From four-leaf clovers to bad bounces, March is loaded with luck--not all of it good. In his book The Success Equation, Michael J. Mauboussin, head of global financial strategies at Credit Suisse, examines the role of skill and luck in business, investing and sports. We asked him about the method behind his (and March) madness.

We're now in the big data era, in which everything is calculable. Is there such a thing as luck anymore?
I would take the opposite view--there's more luck than ever. The difference between the very best players and the average players is less today than it was in the past. If skill is more uniform, and luck stays the same, that means luck actually becomes more important in determining outcomes. It's everywhere you look. But one area where you can see it very readily is in sports: In 1941, Ted Williams became Major League Baseball's last player to hit over .400 in a single season. Why has no one been able to do that since? The answer is because skill is much more uniform today. 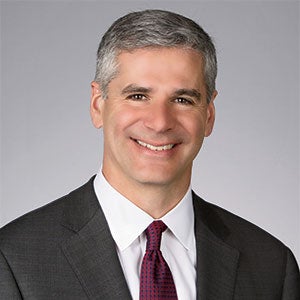 What does this mean for business?
One example is the notion of quality in products. There was a marked difference in quality between a Mercedes-Benz and a Datsun, say, 50 years ago. Now if you compare automobiles, there may be status differences, but the actual quality differences are much narrower. Today everybody has access to very similar technology. A lot of the best practices have been disseminated and articulated, so people know how to do things properly and cost-effectively.

How can entrepreneurs make their own luck?
You can't. But you can manage your luck. One way comes from Colonel Blotto, a model from game theory, which says if you and I are competing with one another, and you're the stronger player, your goal should be to simplify the game to make sure that your skill overwhelms mine. By contrast, if you're the underdog, you want to complicate the game, to add dimension to the competition. That will dilute the strength of the stronger player. In entrepreneurship, this would be disruptive innovation. In warfare, this would be guerrilla tactics. There's a long history about this in military strategy, corporate innovation, etc. You're basically changing the nature of the game so luck becomes more important.

At many offices this month, the big question is how to fill out the NCAA tournament bracket. Any tips?
The NBA is the professional sport in which skill is most important in dictating the outcomes. That doesn't mean the players are the most skillful; it means the skill is most important in that sport for dictating the outcomes. I suspect that's true in college basketball as well. I would start by going with the top seeds, then use your heart to pick the one you want to win... and have fun.

How You Can Learn to Have Lucky Genes

There's No Such Thing as Good Luck

10 Ways to Make Luck Work for You

10 Ways to Become Luckier in Business