Meet the eHarmony of Tutoring

If it works for dates, it should work for matching students with tutors.
Next Article Add to Queue
Andrew Tilin
Magazine Contributor
September 13, 2014 4 min read

If it works for dates, it'll work for tutoring. That's the approach WyzAnt has taken to introduce its roughly 2 million registered users to the 75,000 active tutors on its database, available to help anyone from kindergartners to Ph.D. candidates nail their coursework. Along the way, the Chicago-based service has booked $100 million in tutoring sessions, earning anywhere from 5 to 40 percent of each lesson, depending on the tutor's experience.

Princeton graduate Andrew Geant conceived the company (pronounced "wise ant") in 2005 after turning his back on a finance career to become a part-time tutor, specializing in math. But he struggled to find clients through word-of-mouth or listing services with limited ads. So he teamed up with software developer Michael Weishuhn, a buddy from college, to create a better way.

"We wanted to create a marketplace that eliminated the overhead and got past the friction of finding a tutor," Geant says.

Soon after its launch, WyzAnt was recording every bit of data generated by any search on its site, noting such metrics as conversion rates for instructors. "If a tutor had taught each of his students a bunch of times, then obviously great work was being done," Weishuhn says.

WyzAnt's algorithm grew more sophisticated over time, to the point where it now measures such factors as the competitiveness of a tutor's hourly fee (generally $30 to $60), lesson ratings and the teacher's proximity to the student. (The site claims that nearly 95 percent of the U.S. population is within 10 miles of a WyzAnt tutor.) "There are 40 different factors used in the algorithm," Weishuhn says. "And it's constantly changing."

For the tutors, WyzAnt helps to formalize and digitize a marketing approach and provides a realistic idea of how much to charge. Besides accruing positive reviews, tutors can boost their ranking on the platform based on factors such as their ability to accept electronic payments or to use WyzAnt's cloud-based scheduling system. "If you're a new tutor on the site, you can't just sit idly by," Weishuhn says. "You need to work to rise above the crowd."

So far, WyzAnt has logged nearly 2.5 million hours of instruction. It's a heady stat that helped Geant and Weishuhn secure $21.5 million in Series A funds last year from Palo Alto, Calif.-based Accel Partners. Flush with capital, the duo plans to expand WyzAnt internationally and support development of a series of mobile apps for tutors, students and parents.

Geant takes pride in the fact that WyzAnt's top tutor earned $120,000 last year. "While our mission is primarily facilitating education," he says, "something else runs a very close second: empowering our tutors to do what they love, and to make a good living doing it." 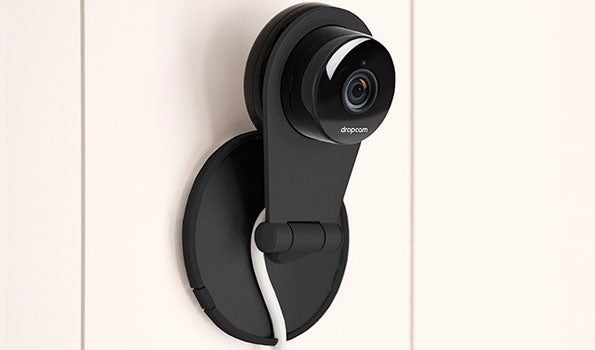 Thanks to cloud-based Wi-Fi video-monitoring services like the Dropcam Pro ($199), pricey and complicated surveillance systems are going the way of the videotape. In less than a minute, users can go from installing a camera and syncing it to Dropcam's Android or iOS app to observing clear, fluid, 130-degree HD streaming video on their smartphones, complete with night vision, microphone and speaker (to talk to whomever you may see). Notifications sent over e-mail or through the app alert users to motion or sounds in the space being monitored. The subscription-based cloud video recording saves 30 days of video for $29.95 per month; when paired with $29 Dropcam Tabs--wireless movement sensors that attach to doors, windows or valuables--you can instantly set up a smart, secure workspace, no professional assistance necessary. --J.P.P.