Otto is the first camera built entirely around the advent of Instagram. Yes, your smartphone takes advantage of photo-sharing apps, too, but its
existence came first; the apps came as a result. Otto, on the other hand, shoots in a way that's completely tailored for social media.

Otto's default mode is to use its bright, f/2 aperture, glass lens and quarter-inch CMOS (complementary metal-oxide-semiconductor) sensor to make the stop-action movies commonly known as GIFs (Graphics Interchange Format), of which you've seen a million or so devoted to cats. While you can use a GoPro or DSLR to make a GIF, Otto is easier. Note the crank on top. Each clockwise rotation takes an image. Stop cranking to reposition props in your composition after each turn. So: puss; puss and boots; puss, boots, party hat; puss clawing off its costume. 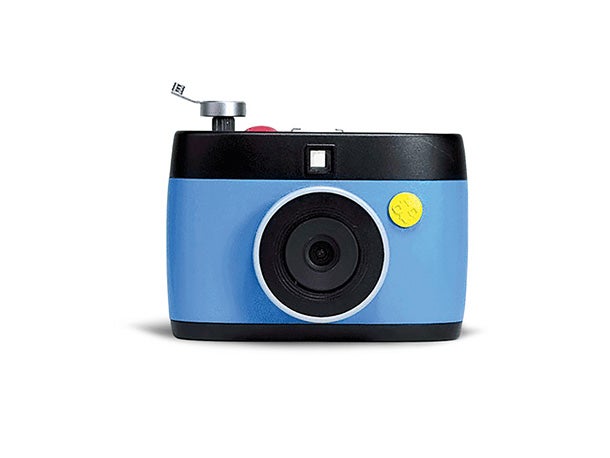 Finished? Reverse the crank, and a GIF is born and beamed directly to your phone for instant sharing. Stills, slo-mo and time-lapse videos are all possible, too, and immediately sent to your iOS- or Android-compatible smartphone via Otto's local-area Wi-Fi.

Otto will sell for $249.99 from Next Thing Co. of Oakland, Calif., which is taking preorders at NextThing.co. The cameras are expected to begin shipping in December.

Otto runs on Raspberry Pi, a tiny open-source computer being used to tool up everything from public art to DIY home-alarm systems. It's hackable, and the creators of Otto like it that way. Next Thing co-founder Thomas Deckert says there's no end to modding possibilities. We suggested plugging in Bluetooth LE sensors to Otto's USB, enabling the shutter to be triggered by anything from ambient temperature to a user's elevated heart rate--even turning on a wireless toothbrush could signal Otto--and Deckert was intrigued.

Otto's sole onboard controls are the shutter and crank. The app on your phone is the primary OS, which allows for all sorts of parameter changes. Deckert says there's anticipation that this, too, will be hacked, so the range of what Otto can do will continue to expand with the user base.

Want to hack your Nexus phone? Good luck with that. Creativity and wackiness are generally discouraged by electronics brands. Otto inverts that model. Hell, it blows it to smithereens.

The Best Cameras for Your Car Photography Side Hustle