Starting a Business? When to Scrimp vs. Splurge.

By Michelle Goodman October 8, 2014
Opinions expressed by Entrepreneur contributors are their own.

James DiSabatino was the quintessential bootstrapper. In 2011, he used all his savings--plus a $20,000 loan from Dad--to start Roxy's Grilled Cheese, the first food truck to park on city property in Boston. Aside from the fee to form a limited liability company (LLC), his main startup cost was the 12-year-old hot dog truck he bought for $45,000.

"I spent every last dime just on the truck itself," DiSabatino says of the mobile kitchen he initially used to cook and sell the gourmet sandwiches and sides that put his business on the map. There was no publicist, slick website or grand-opening event. Just the artisanal ingredients he purchased daily to make enough "next level" grilled cheese sandwiches to stay in business another day.

The first three months in business, DiSabatino worked on Roxy's 20 hours a day, five days a week, tending bar on his two days off for fast cash. At the time, Roxy's had one employee, a pal he paid $10 an hour to help run the truck, plus half a dozen friends and family members who pitched in during lunch crunches, often without pay.

To trim personal expenses, DiSabatino lived in his car for a month, then with his parents for another eight. "I slept in the back seat," he says. "I still keep a pillow there to remind myself what I used to do for my company."

That frugality paid off. Today, Roxy's Grilled Cheese has two food trucks, 30 employees, a catering arm and a sit-down fast-casual restaurant serving its signature sandwiches, beer and wine. The company, which was featured in 2011 on Food Network's The Great Food Truck Race, now does about $1.5 million in annual revenue.

Of course, you don't have to live in a van down by the river to achieve startup liftoff. You do, however, have to carefully ration every dollar you spend (or charge). That said, some early-stage outlay to protect, promote and grow a sustainable company is well worth the splurge. Consider these your bootstrapping non-negotiables. Without them, you may not have a business to run for very long. 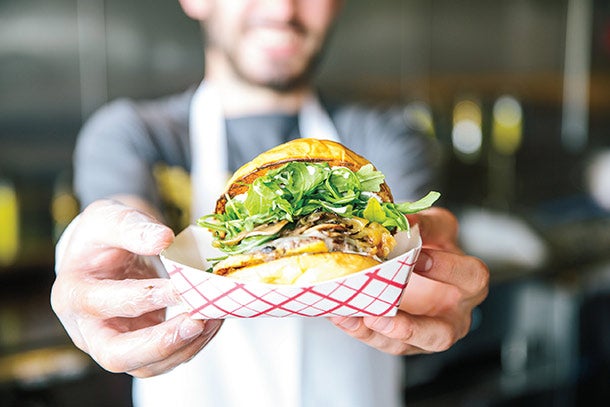 Springing for the necessary legal and financial services to sufficiently protect your company is a must, whether you need help with contracts, patents, trademarks, articles of incorporation, taxes, bookkeeping or financial reports. How much you pay for those services--and to whom--is up for debate.

DiSabatino went straight to the source to form an LLC, paying the state of Massachusetts $500 online. At the time, he didn't see the need to retain an attorney. He says it wasn't until Roxy's "started to grow and needed to have the infrastructure" that he hired one.

Melani Gordon, CEO of TapHunter, which provides web and mobile tools for the bar and beverage industry, has a different take. "Cheapness isn't always the best," the San Diego serial 'trep says. In 2012, when a mentor connected Gordon and her co-founder with a law firm willing to work pro bono, "we thought we were getting the deal of the century," she says. Instead, the 'treps found themselves shuffled between legal interns, whose work was riddled with mistakes.

Frustrated, Gordon hired (and paid) a more responsive law firm experienced with tech startups. Sure, it was tough to shell out hundreds of bucks per hour, but "setting up your legal entity and your business properly is one of the most important steps," she says.

Gordon had to learn the same lesson when it came to managing her books. Initially, she tried using the bookkeeper from her previous company, a small marketing agency she ran for nearly a
decade. But that didn't go smoothly, so she upgraded to a CPA who had worked with tech startups.

"You need to find a service provider who has worked with your type of business before," Gordon says. A bookkeeper who has experience only with construction companies may not be the best fit for a retail shop or a tech venture. 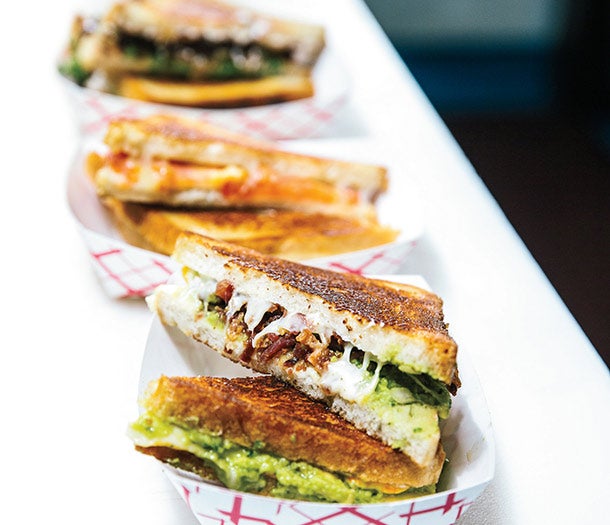 People pay for quality; so should you

There's a fine line between saving on product materials and selling customers short. Getting the best possible deal on the highest caliber of materials to deliver a winning product is key, says Scott Gerber, founder of YEC, an invitation-only organization that comprises more than 1,000 U.S. entrepreneurs ages 40 and younger. "If the initial product ends up being terrible--even if your future product is going to be better--it's going to put a bad taste in people's mouths," says Gerber, author of Never Get a "Real" Job: How to Dump Your Boss, Build a Business, and Not Go Broke.

Compromising on quality was never an option for DiSabatino of Roxy's Grilled Cheese. From day one, he went out of his way to serve high-quality cheeses, meats, breads and condiments sourced fresh from local vendors. "We wanted to surprise people with how good our food was," he says. "We weren't going to be able to do that by skimping on ingredients."

Restaurants aren't the only startups with high standards, though. Consider Buzzy, a pain-blocking device developed by Amy Baxter, a pediatric emergency doctor in Atlanta, for children afraid of shots. "All we scrimp on is cheaper paper for our instructions," says Baxter, who began selling the product in 2009. For example, she says, Buzzy's internal mechanics are "obnoxiously expensive," twice as much as any other she tested when prototyping the product. "But none of the other motors I've tried actually relieve pain."

On the flip side, expensive does not always mean better. Baxter laments her decision last year to replace the low-cost tourniquets she used to include with her product with $40,000 worth of high-end silicone straps. Turns out, medical professionals preferred the disposable tourniquets they already used at their own facilities (which are five times cheaper), and customers using Buzzy at home preferred the Velcro straps shipped with earlier versions of the product (1.75 times cheaper). "I should have market-tested first," she says. 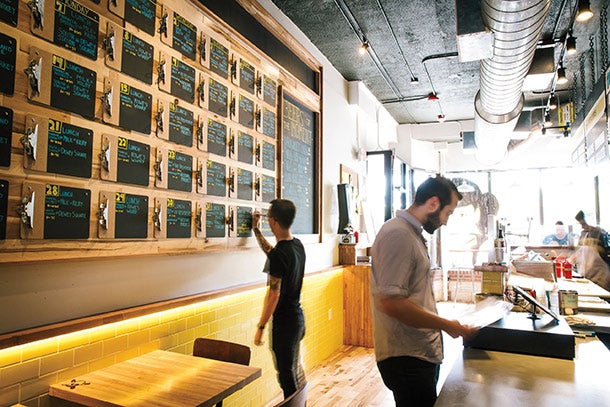 Know where your customers are

How you spend your early marketing dollars to generate leads will vary depending on what you're selling and to whom. Gerber recommends that when selling directly to consumers, focus on marketing tactics that attract the largest swath. "You need to get to the lowest hanging fruit as quickly as possible," he says.

This might mean taking preorders via a crowdfunding platform or from your own website. It might mean buying web banner ads or signing up for Google AdWords. It might mean exhibiting your product or service at a local trade show. For Sean Moore, founder of Smart College Funding, a financial-planning company in Boca Raton, Fla., that helps high-net-worth families reduce college costs, it meant spending $5,000 on printed brochures that potential clients could take home.

Having "something physical" to pass along at school and parent group presentations is important to Moore, a certified financial planner who started Smart College in 2011. "If I tell them to look on my website, I'm putting the onus on them," Moore says. "It's not their responsibility to find out who I am." Instead, he prefers to hand out information that people can ponder at their leisure and easily share with family members.

If you're selling to businesses rather than to individuals, your top marketing priority should be meeting with potential customers face to face, Gerber says. "You're not trying to build a massive funnel; you're trying to get into a room and shake someone's hand," he explains. Any early-stage marketing costs that don't produce this outcome aren't worth it.

For Baxter, spending thousands of dollars on a ticket to TEDMED, an annual conference for health and medicine innovations that she's been attending since 2012, yields some of the highest ROI. There, she gets the opportunity to connect with dozens of heavy hitters in the healthcare industry, such as international laboratory network Quest Diagnostics, which now stocks all 2,000-plus of its U.S. clinics with Baxter's pain-management products. 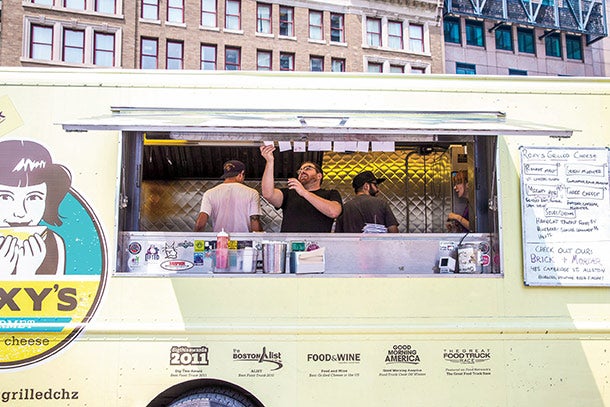 It's tough to run a startup today without a web and mobile presence. Fortunately, the internet is brimming with accessible, affordable digital tools that can get you up and running in a matter of hours.

"Figure out what's available to get you into the game at an inexpensive level," Gerber says. "If there's something that can build you a website for $9.95 a month so you can get started, use it. You don't need designers or web engineers until you have a viable proof of concept."

That's what Sam Gold did in 2012 when he launched Yumvelope, a monthly snack-box subscription service. To keep costs down while growing his customer base, the Libertyville, Ill., 'trep spent eight months selling his care packages for foodies through Memberly, an online platform for subscription businesses that charged 5 percent of his sales.

"When you're just starting a business, to go with one of those plug-and-play tools is great," Gold says. "I didn't need all the bells and whistles of a custom website when I had no customers."

Three months into the venture, Gold had enough subscribers to warrant hiring a web designer. As an added bonus, he says, "I was able to go to that firm with a really clear idea of the functionality and design I wanted."

Budget was still a concern, though. Gold first tried to find a designer through the freelance marketplaces Elance and oDesk. Unfortunately, the quality of work wasn't up to snuff.

"Although I was paying rock-bottom rates, I wasn't getting any results," Gold says. That's when he bit the bullet and hired a web design firm referred by another subscription retail business.

Since launching his custom site at the end of 2012, his sales have more than doubled. At several thousand dollars, creating the site "wasn't cheap," Gold says. "But I ended up with a tool that has helped me to convert customers quickly and efficiently."

Rein in expenses in these areas

Unless you're running a storefront, you have no
business leasing an office, says Scott Gerber, founder of YEC, a network of more than 1,000 young entrepreneurs. Instead, stick to basements, garages, kitchen tables and cafes early on. If you need to meet a client, rent an hourly meeting or conference room.

James DiSabatino, owner of Boston food truck Roxy's Grilled Cheese, didn't have a website his first four months in business. Nor did he need one--not when sharing his truck's daily location with customers was free on Twitter. If you don't need a $5,000 logo or a $10,000 website to retain your first few clients, hold off. There will be plenty of time to level up branding and marketing efforts as you grow.

There's no one-size-fits-all formula for deciding when to hire your first employee. When you're making less than $250,000 in revenue, a series of independent contractors might suffice, Gerber says. The trick is weighing when you can financially support a full-time salaried employee--and when your continued growth (and sanity) depends on it.

As a 'trep hoping to grow a business, it's your job to learn what does and doesn't work, often by trial and error. "When you're first starting up, most times hiring a third-party consultant to educate you or tell you what you should be doing is not a worthwhile cost," Gerber says. "If they are not getting you in front of people, if they are not selling for you, they are not helping you."

Yes, you'll have mentors who aren't on your board but want to see you succeed. You shouldn't have to pay for their advice, Gerber says. "Don't confuse mentorship with partnership," he explains. "I'm a big believer that real advisors--people who are truly giving back--should not require equity or compensation at any time."