How This Ceramics Company Is Moving Forward By Scaling Back

“Grow big, quickly” sounds like an enviable path to success for a young designer. Not so for Heath Ceramics. The venerable midcentury company is taking a slower, more studied route to growth that challenges preconceived notions of retail success.

Contrary to the usual tactic of manufacturers, the storied American ceramics-maker will have weaned itself off all its wholesale customers by the end of this year, focusing exclusively on direct sales from its own four retail stores and website.

“The low margins from typical distribution channels don’t really allow manufacturing to work,” explains Robin Petravic, co-owner and managing director of Heath, which has been based in Sausalito, Calif., since its founding in 1948. Rather than gain volume through large wholesale orders, Heath is looking to build value by nurturing a more direct relationship with its customers.

This radical decision wasn’t undertaken lightly. “It was an intentional move, but it wasn’t an ‘aha’ moment that came overnight,” Petravic says.

However, at the turn of the new century, the company’s legacy seemed layered with dust and in danger of being forgotten, until Petravic and Catherine Bailey bought the company in 2003. With the purchase came Edith Heath’s designs, 24 employees and the company’s distribution network. At the time, Heath’s wholesale and restaurant accounts represented 35 percent of company revenue.

As the couple revitalized the brand, so too did they rejigger the company focus by concentrating on a strategy that emphasizes stable, if slower, growth.

“When we picked up this business, we realized that we’re not going to be able to compete on price or volume, so we focused instead on small production, high value and selling direct,” Petravic says. “That’s how we were going to make manufacturing work for us here in the United States.” 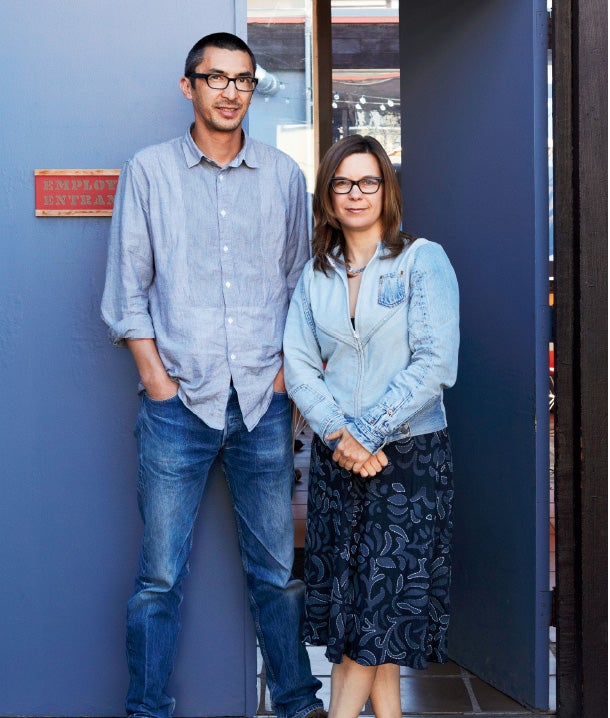 About two years ago, Heath began selling its tile lines exclusively at company stores. As they continue to taper off wholesale distribution before stopping it entirely by year’s end, Petravic and Bailey are ensuring that Heath is equipped for direct sales by focusing on robust storytelling. Each of the company’s four locations (in Sausalito, Los Angeles and San Francisco’s Mission District and Ferry Building) is an inviting display of beautiful ceramics, filled with items in a palette of engaging colors. Public weekend tours offered in the Northern California locations give customers a deeper appreciation of the company’s craftsmanship. Collaborations with famed small businesses such as restaurant Chez Panisse and lifestyle company Alabama Chanin also serve to support the brand’s message of localized sustainability.

The Heath online experience is almost as enjoyable as a walk through one of the stores. The latest iteration of the company’s digital presence is easy to navigate, informative and filled with attractive visuals, ready to draw customers in. Online sales account for 20 percent of the company’s business.

More than a decade since they took over, Petravic and Bailey are seeing their slow and deliberate transition pay off. This year, Heath is projected to hit $18 million in sales, up from little more than $1 million in 2003. The company has more than 170 employees, who share in profits and are eligible for a full suite of benefits. “We feel pretty good about what we’re doing right now,” Petravic says. “It’s a human-scale factory.”

The company continues to explore the possibilities of its craft through its seasonal ceramics collections. The latest evokes California winters, in colors such as Glacier, which echoes blue skies reflected off snow, and Moonlight, which calls to mind nights in the Sierras. Petravic says Heath is looking to add to its product mix (he would not elaborate). But the company will never lose sight of its origins—it’s a targeted strategy that points the way to a lasting legacy.

From $150,000 in Debt to $4 Million in Revenue: How One Man Built a Wildly Successful Globe-Making Business

9 Factory Tours That Are Better Than Amusement Parks

Martha Stewart: These Are the Ingredients That Yield Business Success