Why Franchise Owners Have to Be Especially Careful on Social Media

A decade ago Terry Powell, founder of career-coaching franchise The Entrepreneur’s Source, hadn’t fully grasped the implications of the transparent world of social media. That changed when he got into a dispute with 14 of his franchisees who were resisting a switch to a digital marketing system.

“This group was working outside the system and falsifying their marketing reports,” Powell explains. “They realized that if the system was automated, it would expose them.”

The dispute led to a 2004 class action and an attempt by the rogue franchisees to hijack The Entrepreneur’s Source marketing committee.

Customers are rarely aware of this type of internal corporate struggle. But in this case, a few of the angry franchisees began posting negative comments about The Entrepreneur’s Source in several places online.

“I love free speech,” Powell says, “but they started posting things about our reputation and expanded into fraudulent statements, lies and speculation. It caused our franchisees to lose business and impacted our efforts to recruit new franchisees.”

The dispute was resolved in 2007, but those comments live on. It has taken Powell millions of dollars and almost a decade to recover from the negative attacks that for years popped to the top of search results for his Southbury, Conn.-based company. Powell estimates that the online spat has cost him and his franchisees millions of dollars in business.

When Powell’s troubles began, the field of online reputation management was in its infancy. Today it’s a cornerstone of business strategies; any company, large or small, that hasn’t thought about how to improve, police and protect what people are saying about it on social media is at risk of being blindsided. Franchise systems in particular need a solid reputation-management strategy, since an incident at one location or bad communication by one franchisee or customer can affect dozens or hundreds of other franchise owners.

“Reputation management has always been in existence,” says Nick Mecozzi, senior vice president of business development for FranConnect, a comprehensive franchise-management system. “It’s how you are seen in the community. What’s changed is the vehicles and speed of news. It’s as fast as a tweet now. In the old days, complaints came back to people at the local level. Now they’re seen by everybody.”

As more companies wake up to the need for social media monitoring, franchise development and PR companies are adding reputation-protection services to their offerings. Two years ago, for instance, FranConnect launched Zcubator, a marketing and reputation-management platform that allows franchisors and franchisees to collaborate on social media content.

“That franchisor/franchisee relationship can lead to differences in marketing and online messaging,” explains Mecozzi, who points out that well-meaning franchisees without experience in market-ing can put out questionable messaging or social media posts. “Zcubator allows franchisees to customize and participate in marketing without breaking the brand.”

Orangetheory Fitness, a gym concept with 120 locations, hired an in-house marketing director last spring. “When I started, there was no social media strategy,” says Carmine DeChiara, who took the job. “Some locations were posting stuff, and some were not. You’d see stuff that was outrageous or too long or borderline inappropriate.”

It’s not about micromanaging franchisees, he says, but a necessary part of growth. “At the rate we’re growing, reputation management is everything. We have to do this right, right out of the gate. If we don’t nail it now, it will get out of control.” 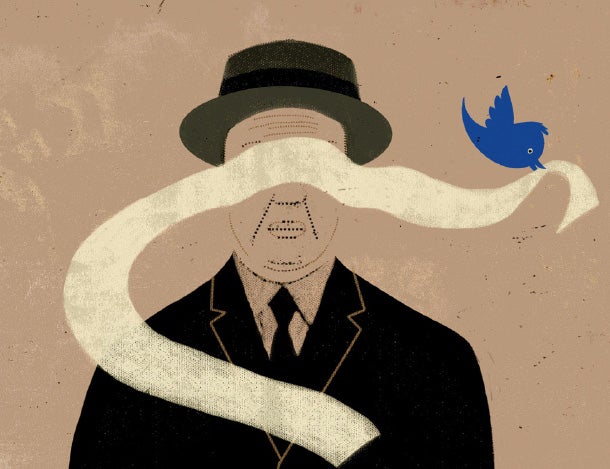 Having a system to prevent problems before they happen is great, but perhaps even more important is a procedure for handling bad reviews, comments or posts as soon as they arise. It’s a nuanced and difficult procedure.

Powell learned that the hard way. For several years after the negative posts about The Entrepreneur’s Source appeared on the internet, he and his franchisees kept getting questions about the comments. Reputation-management companies were unable to remove the posts, so he turned to SEO specialists, who worked to drive down the negative content in searches and bump up positive content. But every time a search engine changed its algorithm, they had to start from square one.

Three years ago, the problematic posts again bubbled up to the surface of Google, and Powell decided to face matters head-on. Working with franchise specialist Fishman Public Relations in Northbrook, Ill., The Entrepreneur’s Source developed an ongoing program to create and distribute enough positive content to push the negative comments to the bottom of search rankings.

“It all revolves around content development. We’ve created blogs, white papers and weekly podcasts that rank high on iTunes,” Powell says. “We created a multifaceted approach. We brought marketing in-house, and now we have a system that lets us push content to our 150 franchisees’ pages. We really pulled out all the stops, and it has really benefited our search results. And all this marketing work has positively impacted our brand.”

Karissa Sparks, vice president of marketing at Reputation.com, one of the largest reputation-management firms, points out that research by the Harvard Business School shows that each star rating added on a review site can increase revenue by up to 9 percent. She also says that 74 percent of consumers shy away from companies and/or people that have negative information online.

But businesses shouldn’t attempt to hack or manipulate review sites. Instead, Sparks says, they should attempt to rectify any valid issues brought up by customers; in the case of aggressively negative reviews, they should ignore them altogether.

“Businesses should consider online review sites as a great way to understand and communicate with current and potential customers,” Sparks explains. “So the goal should be to garner as many reviews as possible to paint an accurate picture of your business, not to try and delete any negative feedback. It’s worth investing some time to respond to people who have reviewed you, because your responses are for prospective customers as much as for the person who wrote the review.”

Another element of repu-tation management is crisis communication. In the past, if a cashier behaved badly in front of customers, the rest of the world wouldn’t know about it. These days that same act can be photographed, tweeted, commented on and reported on the news—it can even spawn a boycott. Responding takes a special skill set.

“Everyone should have a crisis communication plan,” says Aaron Allen, a global restaurant consultant and crisis PR specialist. “It’s an area that many emerging brands are not getting up to speed on quickly enough. One six-second Vine can unravel your entire brand.”

Lorne Fisher, CEO and managing partner of Hollywood, Fla.-based Fish Consulting, which specializes in franchise PR and marketing, agrees. “Smaller systems aren’t investing in a lot of that, despite us telling them they need a plan in case something happens,” he says. “They don’t invest until there’s a data breach or food-safety crisis. I had a boss say, ‘Bad things happen to good companies. It’s just a matter of when.’”

Generally, a crisis manager will communicate with customers, the media, government units or anyone who needs to stay abreast of what’s happening, with the goal of maintaining transparency and discussing what is being done to correct the situation and prevent it from recurring.

Allen points out that if handled correctly, a crisis can actually have a positive outcome for a brand. “Bold reassurances can endear a brand to people,” he says. “Of course, some guests will never come back. But it can be the opportunity to really address problems, and that can be good for a company, as long as it’s not just spin.”

That’s the crux of reputation management. It has to be proactive. Because negative news moves so quickly, franchises are starting to buckle down and look for ways to improve operations, thus preventing problems before they arise.

“The ratio of franchise field managers to units was going down for a while,” FranConnect’s Mecozzi points out. “Now it’s going back up. We need enough folks to make sure a system is being followed. There’s definitely more focus there. If a customer finds a dead rat in his cake, it affects a franchise’s reputation on a grand scale. It’s better to avoid that in the first place.”

How to File a DMCA Takedown and Protect Your Reputation

6 Tips for Acquiring More Google Reviews (and Why They Matter)

7 Ways to Recover After a Reputation Crisis

4 Mistakes You're Making That Can Jeopardize Your Reputation

7 Steps to Take When Preparing a Corporate Apology