Benji Markoff is no stranger to entrepreneurship. From as far back as he can remember, he learned it from his dad, who founded and runs a manufacturing company, and before that, from his grandfather, a holocaust survivor who started and grew his own real-estate business.

When Markoff decided to launch his own company, Founder Shield, which helps startups choose and purchase insurance plans, he had not one but two lifetimes of entrepreneurial scrappiness to turn to as examples. "When you are talking about starting a company, it's an emotional rollercoaster. You're on your own," he says. "Having mentors who have succeeded in that endeavor pushes me forward and inspires me every single day." 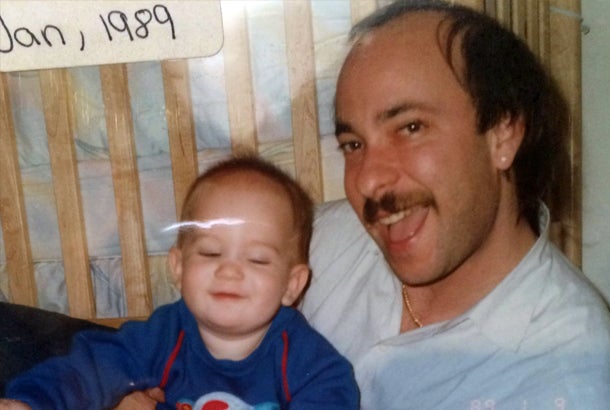 And even to this day, that holds true. Markoff's grandfather still rises each morning and dresses for work, going door-to-door to gather rent checks from his tenants. "There's nothing more inspirational than seeing your tiny 94-year-old grandfather outwork you every day," he says.

It's how hard you're willing to work that differentiates a great entrepreneur from a mediocre one, says Markoff. As far back as he can remember, his father worked late into the night, rising early each morning to close overseas deals and take important calls. "My dad worked his butt off and still does," says Markoff. "He definitely taught me that in order to be successful in starting your own business, you have to go all in. You have to put everything on the line for it. It's that life lesson that keeps me going every day."

Less than a month ago, Markoff became a dad himself. In the delivery room, just after his son was born, the thought of work was never far from mind. He is, after all a Markoff, isn’t he? "One of my first thoughts was: 'I wonder if this deal closed since my wife went into labor,'" he admits.

Related: When Dad Says, 'I'm Proud That You're Living Your Dream'

But also on his mind was the profound realization that now and for the rest of his life, he has the responsibility of guiding his own son, just as his father and grandfather had. "I was thinking: "What are the one or two things that make you different from any other dad? How can you pass those traits onto your son?'"

And the answer, while simple, he knows won't be easy to come by: Living by example, as his father and grandfather did. "They are living examples of people who have done it," he says. "That’s a lesson I can only hope I instill in my son and future kids."

This Father's Day, the Markoff men have much to celebrate. But among those things, hopes Benji Markoff, are bragging rights. "The best gift I can give them is having success on my own," he says. And the same, of course, goes for his own son. "There's no monetary gift that my son would be able to give to me other than being able to look at him one day and think: 'Wow, he did it better than me.'"

5 Steps for Achieving Your Goals Through Healthy Habits