Insider How to Start a Business

Explaining What Your Company Does? Keep it Simple.

Abianne Falla and JennaDee Detro are sisters, and their family has a ranch west of Houston. Like many places in Texas, the land had become dotted with yaupon, a little holly shrub that cattle ranchers treat as a weed. But the sisters looked into the greenery’s history and discovered that it’s the only naturally caffeinated plant native to North America -- and it used to be dried, steeped and drunk.

They started harvesting the yaupon and created a company called CatSpring Yaupon Tea. The way they figured it, nobody’s heard of yaupon, but everyone knows tea. And although their drink isn’t technically tea -- that word refers to a drink made from the Camellia sinensis shrub -- yaupon is made like tea, looks like tea and tastes like tea. So what’s the easiest way to explain what they’re selling? Call it yaupon tea.

Related: The Secret to Marketing to Busy People Who Don't Have Time to Read (Infographic)

That hasn’t sat well with the tea world. At industry functions, tea experts raise their eyebrows and tell them, “Well, you know you’re not selling tea, right?” Serious drinkers have pooh-poohed them to their face, or sent protesting emails. And so, to avoid getting any deeper into a fight she wasn’t looking to pick, Falla refined the way she talks about her product. “My current elevator pitch is ‘We are sustainably wild-harvesting this delicious caffeinated botanical and hand-processing it like a tea,” she says. “We like to say, ‘Yaupon is Texan for tea.’ It’s steeped in hot water but uniquely Texan.” 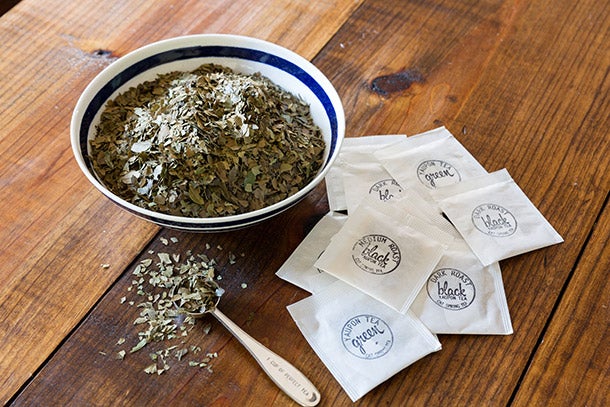 The yaupon sisters are dealing with a problem befuddling many new companies: How do you best explain what you sell, or what you do? In theory, it should be simple. You built a company, you know it better than anyone else and you understand what sets it apart from its competitors. But unless you join an established industry -- open a coffee shop, say, or do custom embroidery -- there simply may not be easy words to capture what makes you so special. New products can be hard to describe. New services can seem odd or overly complicated. And unless you figure out precisely how to communicate it all, your marketing plan can become disjointed and slicked with meaningless jargon, and potential customers will pass you by.

Related: 8 Writing Strategies for People Who Say They Can't Write

Entrepreneurs who can’t articulate what they are and sell will find themselves “basically dead before they walk out the door,” says David Gerzof Richard, a communications professor at Emerson College and president of Bigfish Communications. “Many companies believe everyone should understand [who they are] right out of the gate.” But familiarity breeds confusion: When you’ve been staring at your product for years and putting your soul into it, it’s easy to forget that no one is familiar with it.

Take a close look at businesses’ websites and you’ll often see this drama playing out between the lines. Yaupon at least had the benefit of shorthand: People know what tea is, even if yaupon isn’t exactly tea. But other startups must resort to sentence-long explanations, attempting to strike a balance between straight description and exciting sales pitch. The startup AddStructure, for example, describes itself as a business that “turns bits of random information into structured data using sophisticated machine-learning and sentiment analysis.” (Translation: It’s a search-and-discovery platform for retail brands.) Forkable, which delivers lunch to large groups, says, “Each week our lunch robot automatically selects and schedules lunches for everybody based on their preferences.” (To be clear, that means clients can customize their meals.) You can imagine how much debate went into those descriptions.

And that debate will likely continue, until you’re able to answer yes to these questions: “Can you explain your product to a fifth grader? Or to someone who is unfamiliar with your industry?” That’s what corporate consultant Richard Janezic tells his clients. He challenges companies to synthesize their entire raison d’être down to a single sentence using “the fewest number of words with the greatest meaning.” That tight grip focuses, and doesn’t trivialize, a company’s vision.

And until you find that focus, no customer will focus on you.

Here’s a harsh reality: Nobody was waiting for your company to exist. New products and services are created all the time, and people aren’t exactly out hunting for ways to spend their money on stuff they haven’t heard of. That’s why Janezic tells companies to think about language in a different way -- and to meet the customer on their own turf.

Step one: No jargon. Ever. “Often we make assumptions that others are familiar with certain business terms,” says Janezic. “But someone [who is confused] may nod their head yes because they don’t want to look uninformed.” No matter how many times you tell your customers that “ninjas” are what you call your customer service reps, most people will still envision throwing stars and leg kicks. A startup that uses a different language is effectively saying, “We’re for people who speak this language.” That may turn out to be a small group.

Step two: Think about what comes first -- your product, or your customer’s needs? “If you describe a problem your product solves to a prospective client, your client can say, ‘That’s me,’” he says. Now your sales job just got a lot easier, because you’ve already hooked them -- by offering your solution for their problem.

That approach is working for ShirtProp founder Jon Rogers, a 42-year-old sales manager from White Plains, N.Y., with a Ph.D. in chemistry. He ponied up $3,200 for a patent (pending) on his creation, which is a clear, self-adhesive strip that fits inside a dress shirt along the buttons. And why would someone need that? Here’s why: Whenever men wear dress shirts unbuttoned at the top, their shirt collars sink into a broken V-shape at their chests. That looks sloppy. But the ShirtProp adds a healthy amount of rigidity to the collar line, keeping it upright and professional.

Now you understand it -- but it took a long paragraph to explain. Rogers needed to move faster than that, and eventually he developed a solution: graphics and videos on his website. “We found you really need to have a ‘before’ picture and an ‘after’ picture,” he says. “After seeing the problem, the lightbulb goes off for people.”

(And if Rogers wanted to go a step further, Richard, the communications professor, has a suggestion for him: “You can go down to business districts and have street teams of people stop anyone who has shirt flop and give them a ShirtProp for free,” he says. The stunt would do more than just raise awareness: After explaining the product over and over, street team members will naturally refine their pitch and figure out what’s connecting best with customers. Then they can report back and help ShirtProp refine its language.)

Even if a business does pitch itself clearly, its language could become outdated. That’s what happened with CampusJob. The company began in 2014 as a platform to help college students find part-time gigs during the school year. Then those same students wanted to use the website to find summer internships. “But why would I go to a site for campus jobs when I am looking for a summer internship?” says cofounder Liz Wessel. “That’s when we decided to expand our horizons to summer internships and jobs.” But after graduation, those same students wanted to use CampusJob to find full-time employment -- and that’s when the company ran into trouble.

“The second your name is a barrier to your growth, there is a huge problem,” says Wessel. “We have an easy-to-use product, so let’s have a simple name.” With more than 500,000 student profiles and 9,000 corporate customers like Google, Uber and Red Bull, the company was afraid that a name change would cause people to think it was changing its core product. But the risk of not acting seemed greater.

So, last summer, CampusJob became WayUp. The company bought a new domain name, hired a student to design its new logo and discovered that business hummed along as usual. “WayUp summarizes what we want to do for everyone -- help them find a way up,” says Wessel. Now its website screams out six simple words that encompass every part of its business: “Students & recent grads -- get hired,” it says.

After three years in business, the CatSpring Yaupon Tea sisters are also contemplating some changes. They’ve scored press in foodie-friendly magazines like Garden and Gun, Lucky Peach and Southern Living, and that’s helped them grow at a steady clip. Revenue rose 400 percent from 2014 to 2015, and they’re up 400 percent year-to-date in 2016. In shipments to customers, they always include a postcard that explains the finer points and heritage of yaupon. “What’s great is that 30 to 40 percent of new customers are coming back for more yaupon as repeat buyers,” Falla says.

But as they talk to those new fans, they’re noticing something unexpected: “A lot of people who enjoy it say they don’t like tea,” she says. That’s because, as it turns out, there’s a big benefit to not being tea: Yaupon doesn’t contain the bitter tannins of regular tea, which makes the drink smoother and not pungent. The word tea may not have been necessary all along. Maybe, for some customers, it’s actually a deterrent.

On August 15, CatSpring Yaupon Tea went through a rebrand. The company’s name became simply CatSpring Yaupon, and its website went from catspringtea.com to catspringyaupon.com. The company will now focus more on the yaupon plant rather than the resulting three-letter word. “Tea will appear as a description,” says Falla. “Yaupon is like a tea. But we’re dropping it from the title.”

Finally, they figured out how to describe their company.

Avoid the 10 Traps That Countless Startups Fall into Every Year

What to Do Before You Open That First Office Overseas

3 Fast Steps to Help You Get to Market -- Right Now

The Complete, 12-Step Guide to Starting a Business