DreamTeam Launches a Gaming Economy to 'Monetize MMOGs for the Masses'

Say hello to DreamTeam, an e-Sports and gaming recruitment and management network.

What do you do after building one of the most popular and successful e-sports empires in the world? If you’re Alexander “ZeroGravity” Kokhanovskyy -- original creator of Na ‘Vi (Natus Vincere) and co-owner of ESForce, the third biggest e-Sports outfit -- you leverage your significant chops into creating an entirely new game economy.

Hyperbole? Nope, as it turns out, Kokhanovskyy doing just that, with the launch of DreamTeam and the DreamTeam token, called the first e-Sports and gaming recruitment and management network. The tagline’s a mouthful, but the idea has some game.

According to Dom Sacco writing in e-Sports News, “The new platform allows users to sort out media right sales, sponsorships, players’ salaries and prize money, all of which is paid in what it's calling a 'DreamTeam Token'. This token works using secure online payments, on-time payments, 'automated obligations control' and an anti-fraud system.”

Early stage investing is underway now, and is open to investors with a minimum of $50,000 to start; second round funding starts in January 2018, and, not surprisingly, interest is high according to Kokhanovskyy.

Why e-Sports needs this right now.

The e-Sports industry is huge – and growing, especially in the wildly popular MMOGs (massively multiplayer online games), with the highest growth coming from Asia.

And there’s real money on the line – tournament payouts, endorsements, sponsorships and media rights are all forecast to shoot past $1.5 billion USD by 2020.

All this growth has created demand for players looking to enter the realm of professional e-Sports. But there are some real challenges to overcome:

Kokhanovskyy cites the 250 million-plus League of Legends players, for example, as a ready market of players looking to build teams and manage their presence. And he believes his blockchain and smart contract-based technology is the answer.

“I am confident that the launch of DreamTeam will lead to hundreds of thousands of new clubs and teams in upcoming years,” according to Sacco’s article. He believes this will significantly impact the e-Sports market, in viewership, participation and market revenue. And it will do it by bringing all the disparate pieces that are now in separate silos onto one all-in-one-platform. 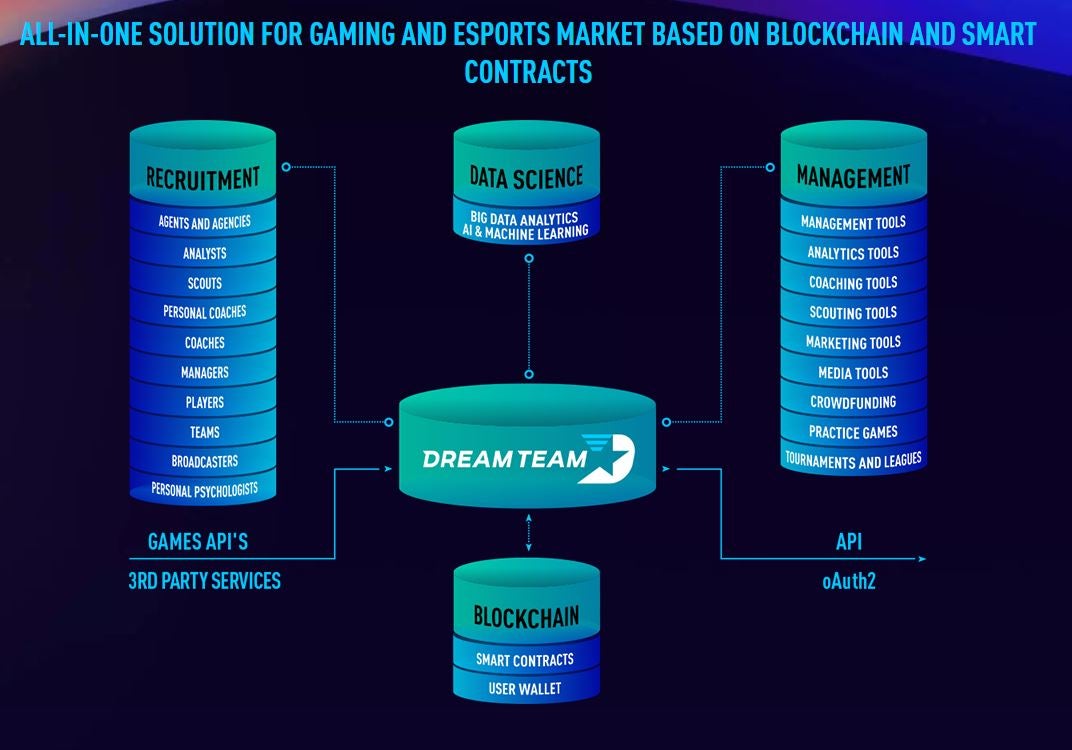 The system offers some key features that are currently not available under one roof, including: 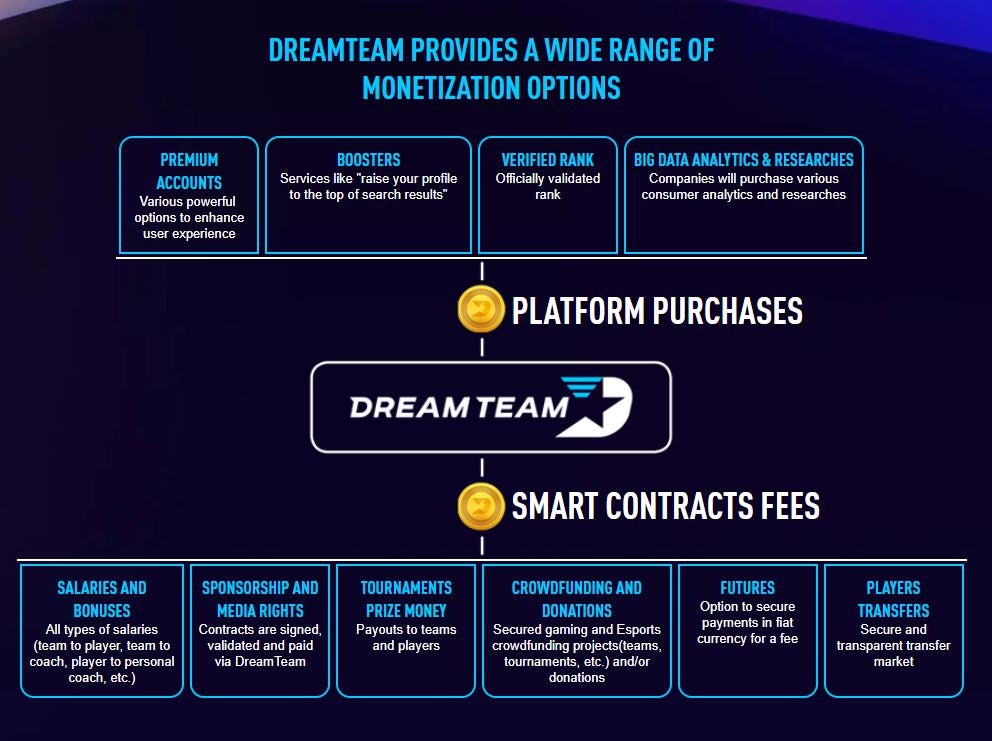 The news is full of new tokens and coin launches. But this one seems like it just might be onto something, for three good reasons:

1. Solid board member experience. Aside from Kokhanovskyy’s 17 years of success in the industry, the company is backed by some serious weight in both e-Sports and cryptocurrency. The DreamTeam partners and advisory board roster includes familiar names in the gaming ecosphere – like Kim Rom, Chief Gaming Officer at Kinguin – and Juawan Lee, CEO fintech networking platform NexChange. e-Sports industry leaders and crypto/investments pros, growth hackers and others make it seem like the gang’s all here on this one.

2. Active users and rapid growth. The platform is already drawing some good activity, with 200,000+ players and close to 10 thousand teams already active since their 3Q 2017 launch, and more features are rolling out over the next three quarters. These features will solve the challenges that plague traditional e-Sports team management by eliminating the need to open bank accounts, create legal entities, prep the necessary legal documents and use third-party services to execute it all. Instead, players can build, grow, train, manage and monetize for a small monthly fee, all within the DreamTream platform.

According to the company’s whitepaper, competitive gaming is still in the early stages of development, with only a tiny fraction of gamers ranking as “professionals.” Yet four out of five League of Legends players aspire to amp up their competitive rank and earn month mini/amateur tournaments. This platform creates the space and the economy in which this could actually happen.

3. Powerful strategic partnership. More encouraging news about DreamTeam is the recently announced partnership with DMarket, blockchain-based gaming platform that helps players turn in-game assets into real world currency. The partnership will make a seamless experience for users to find relevant teams, and trade in-game assets, leveraging the features of both systems across a wider audience.

“We’ll provide unique monetization solutions based on big data and machine learning analysis of both platforms, which will allow the same gamer to both trade in-game items and create teams, boost skills, make money off a tournament, sign up sponsors, grow professionally and more,” Kokhanovskyy explains.

“In short, they’ll have fun while making money,” he says.

As interest in competitive gaming continues to soar, the potential for this new market is massive.