Just 30 miles northwest of Detroit is the headquarters of a multimillion-dollar candy company called Zollipops. It’s housed in a plain-looking warehouse, containing little more than boxes and boxes of sugar-free lollipops, hard candy and taffy that’s sold online and in more than 7,500 stores, and is overseen by a team of six full-time employees and several independent contractors. But down a hall, fluorescent lights make way for the real magic of the place: a corner office decorated with sparkling pink dance trophies, paintings of smiling suns and construction-­paper family trees -- the handiwork of the company’s founder and CEO, 13-year-old Alina Morse.

During the school year, Alina splits her time among dance, homework and running Zollipops, but in the summer, she’s able to come into the office more often. So less than a week after her last day of seventh grade, on a Tuesday morning in June, Alina and her father, Tom, are here approving printouts of their upcoming advertisements in Kroger’s September catalog. “I think we can change the coloration here to be more flattering to her complexion,” she says, pointing to the face of her younger sister, Lola. “Also, let’s position the Zollipops in a lunch bag along with a few other healthy items like carrots, snap peas, maybe strawberries, so people understand that they’re good for you.” Her father suggests that it might be wise to incorporate Kroger’s own brand of products into the ad. He pauses, trying to remember the brand’s name. “Simple Truth!” Alina chimes in immediately. “And I agree; it’s good for our relationship with Kroger to use their products.”

Whether she’s conscious of it or not, this is Alina’s charm, and clearly her sales genius. It’s why she’s invited onto the likes of CNN, NPR and Fox Business and can win over the buyers of national retailers like Walmart and Jewel Osco -- not just because of her products (which are tasty!), but because she uses her age to her advantage. She’s a perfectly calibrated contrast, the “kid entrepreneur” who occupies both roles and speaks both languages. “Sometimes my friends will tell me they saw me on television, but other than that, I’m just like everyone else,” she says. “That’s how I want to be.”

It’s a powerful trick. And after six years in the candy business, it comes naturally.

The idea for the lollipops, her company’s first product, came to Alina back in 2012, when she was just seven years old. As the nationally publicized story goes, on her way out of the bank with her father, she was offered a lollipop. Tom warned her that the lollipop would rot her teeth, and so Alina began wondering how to make a tooth-friendly version. Two years of online research, at least a hundred attempts at concocting lollipops in their home oven, stove, microwave and numerous plant trials later -- where they tested their oven-melted concoctions on commercial production equipment -- and Alina and her father secured their first meeting, and ultimately their first retail placement, with Whole Foods. “They loved our product. They loved the idea, and they loved our mission,” Alina says. (The sugar-free confections use a combination of natural sweeteners like xylitol and erythritol, which studies, including some in the International Journal of Dentistry, have found to reduce plaque and oral bacteria.)

Related: 8 Entrepreneurial Skills You Should Teach Your Kids (Infographic)

Soon after landing in Whole Foods, Zollipops began shipping on Amazon, which makes up around a quarter of the company’s annual sales. (This summer, it was the best-selling sugar-free hard candy on Amazon and the number-two lollipop in general, topping brands like Dum-Dums and Blow Pops.) By 2015, at age nine, Alina was on The Steve Harvey Show, telling the host, “I hope every kid in America has a clean mouth, a healthy smile and a Zollipop in their hands.” The next year, she landed Kroger. “We were on the bottom shelf, but it was still really exciting because Kroger is the biggest grocer. And recently, we were brought up to the second-to-last shelf,” she says with a laugh. 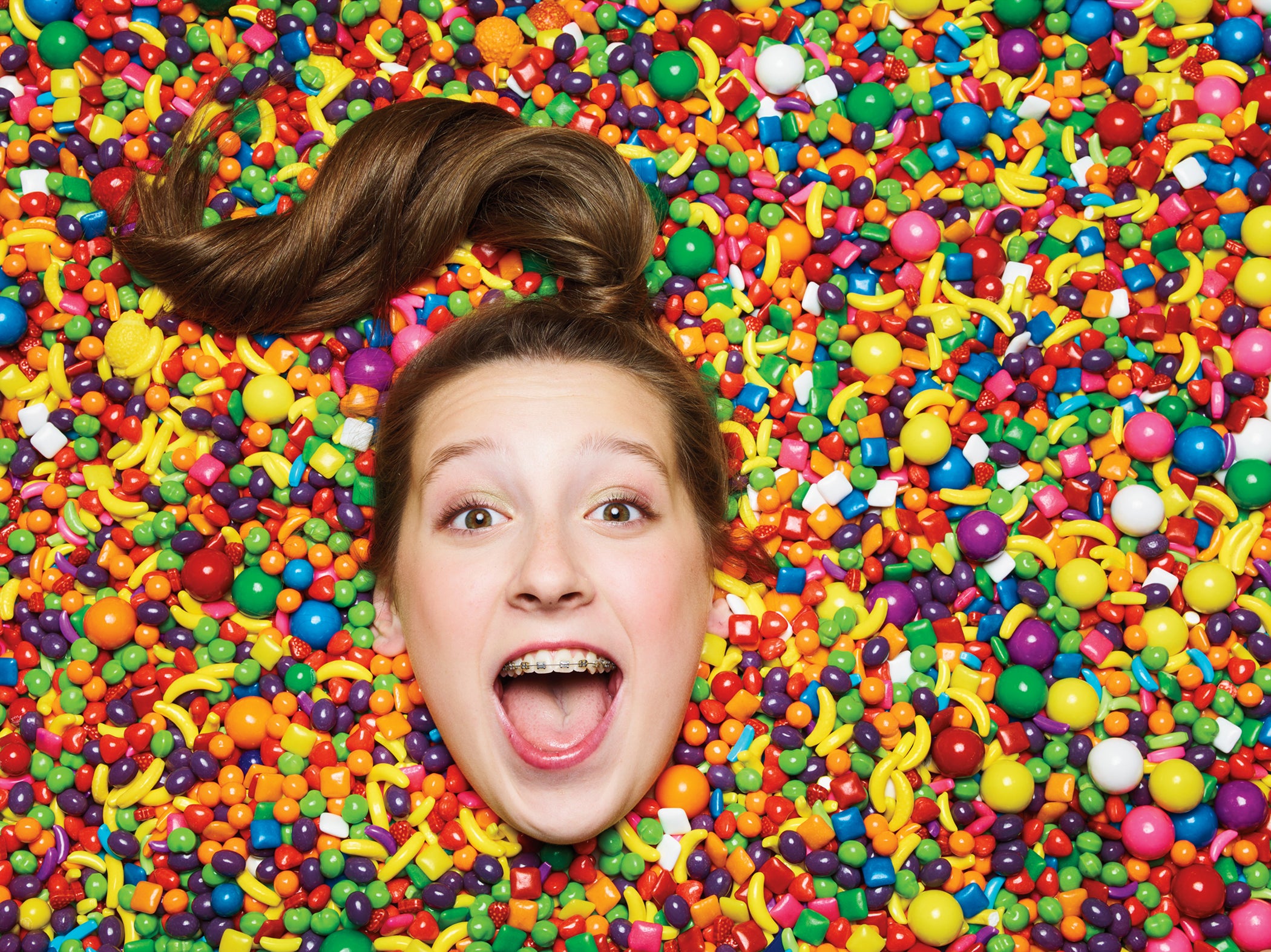 As the company has grown, with retail sales projected at between $5 million and $6 million this year, Alina’s parents have joined Zollipops -- in a sense, becoming her employees. Her mom, Sue, who used to work in sales, now serves as the official “stylist and schedule organizer.” And Tom, who spent several years as a consultant with Deloitte and still does consulting, is Alina’s manager. As they’ve watched her develop as an entrepreneur, they’ve come to see her youth as an unexpected advantage. Yes, sure, it gets her on television. But even more important, it makes her fearless.

“Uninhibited. That’s how I would describe her,” says Sue. “Alina hasn’t had five or 10 jobs where you had to follow this rule or that rule or do things in a certain way.” Tom agrees. Having worked for major brands, he sees the way his daughter benefits from inexperience. “Kids ask really good questions,” he says. “They don’t have the same kind of baggage adults do, so they don’t see limitations.”

Alina admits that not everything came naturally. “When I started going on television, my answers were really scripted because I was so young, but as I’ve gotten older and learned more about the business, I’ve become more spontaneous.” (And it took a few years for her to appreciate just how powerful a marketing tool her TV appearances were.) But in building a business, she always felt liberated. “I really didn’t see the risk, because I felt like I had nothing to lose,” she says.

Nowadays, Alina and Tom do most of their pitching at sales conferences and trade shows. They attend four to six a year, and depending on her schedule, Alina may present the product herself or have a broker present on her behalf. And back at the office on that June day, that’s what daughter and dad turned manager are prepping for. On the schedule is a Skype session with a team of brokers helping to place Zollipops in retailers across Canada, and then Alina and Tom are off to the airport for a quick trip to New York, where they’ll be pitching Zollipops to Wakefern and ShopRite stores.

Following that, Alina reminds her dad, there’s one last item: She needs to be back in time for a friend’s birthday party on Saturday. After all, she has a work-life balance to keep.

5 Reasons College Is Worth It for Entrepreneurs