Through their collective efforts that span decades, together, they are responsible for impacting millions of lives

As technology advances faster than the human mind can often comprehend, a select few entrepreneurs have successfully positioned themselves ahead of the crowd when it comes to revolutionizing the future of online business, leveraging what technological advancements have to offer.

Building a business on a robust foundation that is sustainable for the long-term requires more than just general business acumen skills. It requires a precise balancing act of refining business systems and processes, becoming credible in your field, and a strong focus on health and mindset development.

From health and wellness, coaching, consulting or scaling a business to 7 figures and beyond, below are the top 5 entrepreneurs changing the online game in 2022. Through their collective efforts that span decades, together, they are responsible for impacting millions of lives. 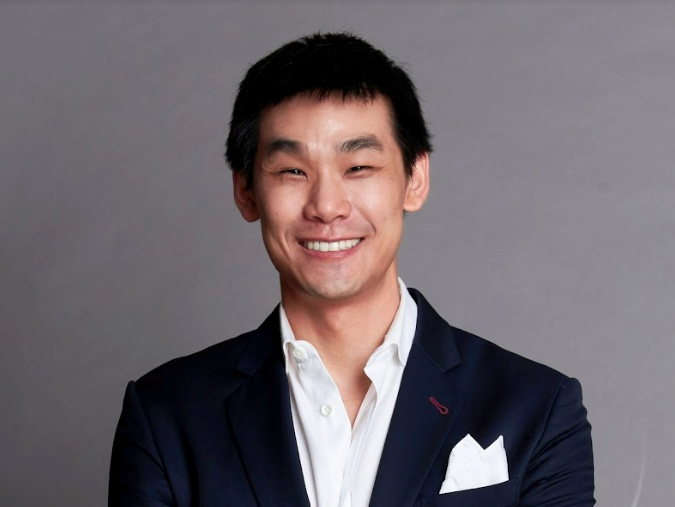 Aaron Lynn is a business systems consultant who helps business owners take control of their systems, teams and processes and become true business owners — granting them the freedom to do more of what they love in their business, or the option to step away from it completely.

Aaron is from Australia, has done business in the US, UK and now resides in Asia. He has dedicated much of his life to his entrepreneurial journey, having spent the past 16 years working with automated systems, business processes, productivity, apps, and teams. His client base consists of multiple 6, 7, and 8-figure business owners, and he has also started, run, and sold 7-figure businesses of his own. Navigating his own path towards self-made success, Aaron has extensive knowledge of identifying and implementing precisely what is needed for those who land upon success as the head or owner of a company.

"You started your business with a vision, a passion and a drive to make it succeed. But somewhere along the way, that sense of adventure became frustration, worry and waking up finding yourself doing the same things over and over again.", Aaron shares. He also emphasizes that although you need passion and drive to get your business off the ground, having a business that runs on its own requires an entirely different skill set.

Whether it is assessing a team's high turnover rate, coming on board for a 3-day intensive systems intensive overhaul, or joining a company as a Fractional COO, Aaron has built a reputation for himself as a trusted name in business consulting. 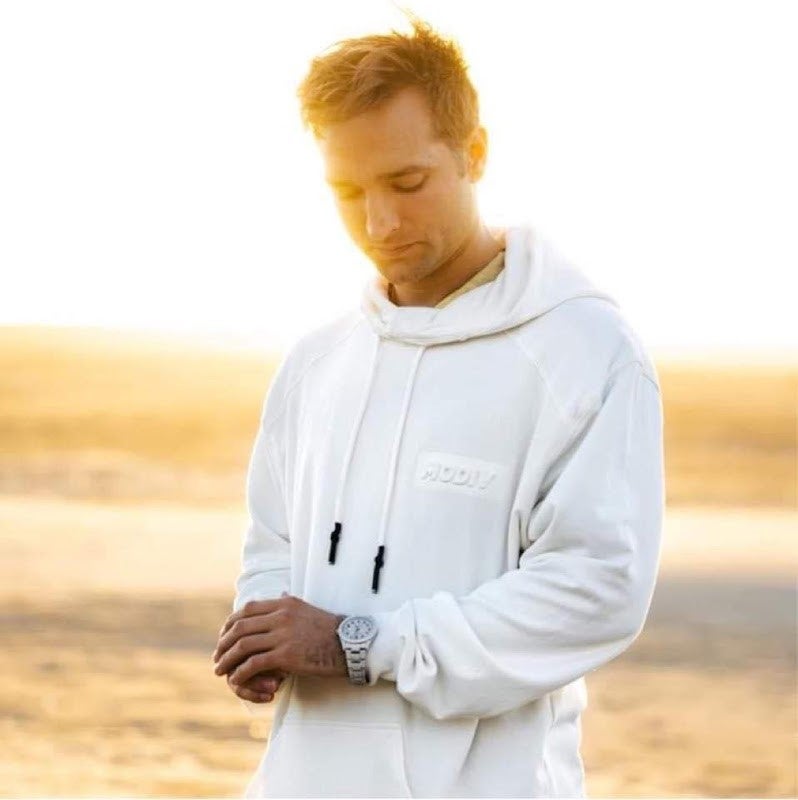 Jay Jones has risen fast as one of the most influential and notable figures in eCommerce and luxury travel. With over 1 million followers across his Instagram profiles @creatextravel and @exoticluxurymedia, Jay has grown from humble beginnings to building multiple 7-figure brands while travelling the world.

Jay was a college dropout who used his tuition to fund his backpacking lifestyle across Europe and Thailand with his girlfriend, where they began dabbling in eCommerce after cash advancing $5k worth of clothes to transport home in their luggage. At their lowest of lows, the couple lived in their car and tents for 5 months selling clothes at music festivals until they made their first $100k. Nomads at heart, they decided to move to Bali, which exposed them to more lucrative opportunities. There, they launched a dropshipping business, exited a 7-figure store, and started an organic Instagram marketing agency for eCommerce businesses.

Jay is well known for travelling to 40+ countries and staying at hotels for free by leveraging his vast social media presence. His journey of rapid growth has ultimately led to him settling on Shopify, starting an automated company, and exiting several 7-figure brands. Currently, Jay is scaling an automation company to create passive income for others just like he has for himself. 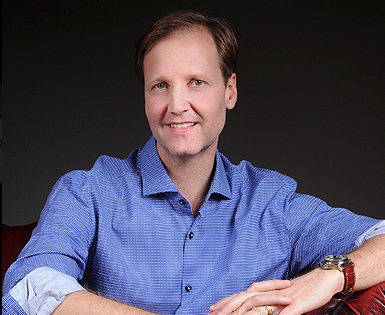 James Edwards is a respected figure in the online coaching world and has a proven track record of managing teams and delivering results for large international companies.

Originally from South Africa, James moved to the UK at age 26, and spent over 25 years working in C Suite roles (COO and CEO) in the investment banking and financial services industries. James is based in London, UK, and after living and working in three different continents, he has a deep understanding and appreciation of different customs, as well as in-depth experience in managing teams of people of different cultures

James began his journey as a Mindset and Performance coach after developing a strong passion for personal development and the human mind. After overcoming his own limiting beliefs, such as imposter syndrome and witnessing many people suffer from a lack of belief, direction, and fulfilment in their lives, he started by mentoring staff at his workplace. Their success led to a growing demand for coaching, resulting in James establishing his own bespoke coaching business with the mission of helping people unlock the hidden treasure within them.

With his highly regarded MAXX MINDSET Program, he coaches his clients to discover and create their true vision and purpose, shift the big mental and emotional blocks, and develop an effective strategy and action plan to maximise their potential and performance.

James also serves as the Chief Operating Officer (COO) in EMEA for a FinTech start-up alongside his coaching career. 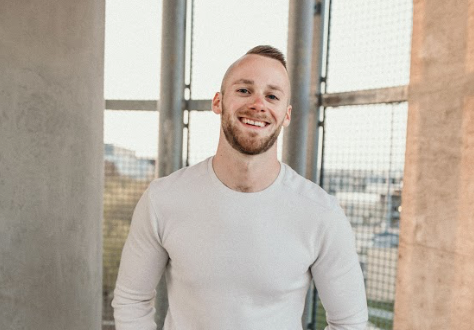 Samuel Johnson is the owner and founder of Travel Fit Co., helping high achievers manage their health while growing in the marketplace. He struggled with his body image and health for over 22 years, leading him to work in the health and wellness industry for over a decade. Now, Samuel and his team are on a mission to change the way health and business co-exist.

When Samuel was 15 years old, he became addicted to work, performance, and striving. His father always told him to work harder than everyone else, so he did. He shares, "At the same time, I watched him fail time after time in his business. Leaving him unable to provide for his family, and ultimately on disability and unemployed. I kept him off the street, paying for his groceries and looking after him while he slowly died on the inside. Then, when I was 22 years old, he died from a heroin overdose."

Throughout that time, Samuel developed a toxic addition to drugs, alcohol, and pornography to escape his pain. Now, being in business for 3 years, he has a strong passion for helping people break free from self-sabotage and the chains of addiction so they can experience the fullness that life has to offer - mentally, emotionally, and spiritually.

Today, Samuel's business is booming. He shares "I've been set free from the chains of addiction and striving by the grace of God." 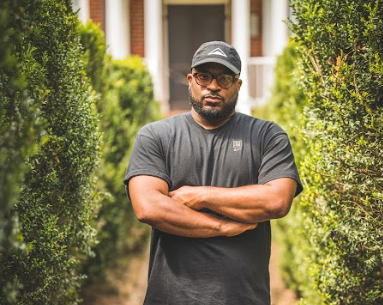 Founder of Level Up in Tech, Broadus Palmer understands what it takes to transition into a cloud engineering role as a cloud career coach. As an ex-banker of 14 years, earning a $42,000 a year salary, he ultimately went on to earn a 6-figure income after taking a courageous leap in finding a more fulfilling career in tech.

The coaching program offered by Level Up In Tech gives individuals the education needed to be qualified and experienced when applying for a tech role. Having the know-how is one aspect of applying for a job, however in many cases, experience is required, which Broadus' states, "Through learning and gaining experience as a cloud engineer in our program, this saves people time and energy trying to figure it all out on their own. We give them the opportunity to work with a team that understands exactly what they need to do, how they need to do it and even how they would feel when they do it."

When Broadus decided to leave his job as a banker behind, the field of cloud computing and cloud engineering was even less established than it is today. Now it is strongly regarded as a lucrative career path with a trajectory of only upward and expanding possibilities.

Entrepreneurs can easily find themselves spinning their wheels, leading themselves and their teams further into chaos instead of effortless flow. To run a successful business means that the internal systems and teams are running effectively, maintaining a strong sense of health and wellbeing, developing a growth mindset, and learning how to scale your business to greater heights financially.

Taking inspiration from these top 5 entrepreneurs, you will undoubtedly set yourself on the road towards a thriving, sustainable future ahead.