Samsung | Brand Spotlight Partner What is this?

You've seen all sorts of wacky polls about all the things people would give up before they'd surrender their mobile device—drinking water, their shoes, their pet, and even their dental hygiene.

Smartphones and tablets are often the last thing people look at before they go to sleep, and the first thing they grab upon awakening. With mobile devices becoming so omnipresent, an entirely new mobile etiquette is developing to ensure the devices enhance, rather than detract from our lives and business practices. Here are six paths to proper mobile protocol today:

When you're in an important business meeting, it's best to keep your phone out of sight with the ringer off. If you're expecting an important call, tell the other people in the meeting in advance, so when it comes they aren't taken off-guard. Also acknowledge the phone or tablet can be a distraction.

While texting has replaced email in many places, Whitmore points out texts are a more intimate and instantaneous form of communication. "I would never send someone a text without getting their permission to send a text," she says. "It's invasive because you are asking someone to drop everything for you."

Eighty-two percent of adults say when people use their smartphones in group encounters it frequently or occasionally hurts the conversation, according to a Pew Research study. In Whitmore's view, there are only three times when it's appropriate to take out your phone during a dinner party—to take a photo of the group; to show a photo to the group; or to search out a piece of information to share with the group.

These three things have something in common: You're using the phone to bring the group together, for the benefit of the group, rather than to isolate yourself from it. 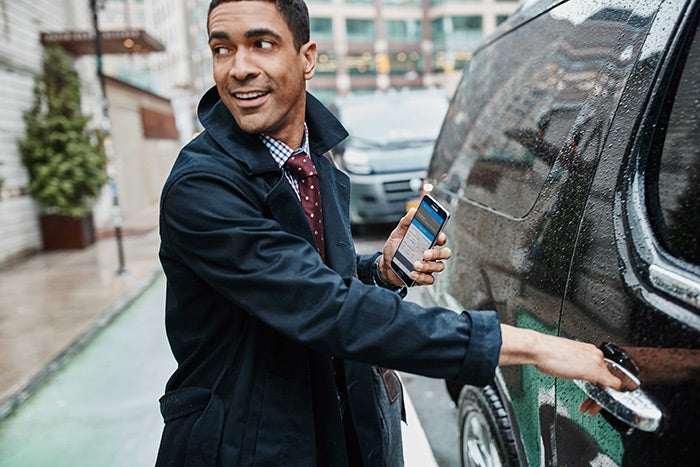 3. Lock down the device.

Year after year, companies are brought down by the same mobile security threats, like workers connecting to unsecure public Wi-Fi or using mobile apps loaded with malware. Small businesses need to educate employees about such practices, like not installing non-standard mobile applications from sources outside the app stores.

At the same time, it's wise to embrace mobile devices that have sound security features. For example, Samsung's latest flagship devices such as the Samsung Galaxy Note5, Galaxy S7 and Galaxy S7 edge offer multiple forms of authentication, from passwords to a fingerprint scanner. While Samsung's defense-grade mobile security platform, Samsung KNOX enables the separation of work and personal data through various supported container solutions, including the award-winning KNOX Workspace and My KNOX. These mobile solutions help ensure company data is secure and personal data is separate, giving employees the best of both worlds.

Kevin Beaver, an Atlanta-based security consultant, says mobile security policies are often documented but rarely enforced—often because the boss doesn't follow them himself.

"Based on what I see in my work and observe when out in public, mobile information is being handled haphazardly at best," he says. "Ironically, executives (of all people) are often exempt because no one is willing to stand up for what's right in terms of security and put their jobs on the line by going against the wishes of their executives."

So if you're the manager or boss, it's important to walk the walk and practice the security practices you preach. 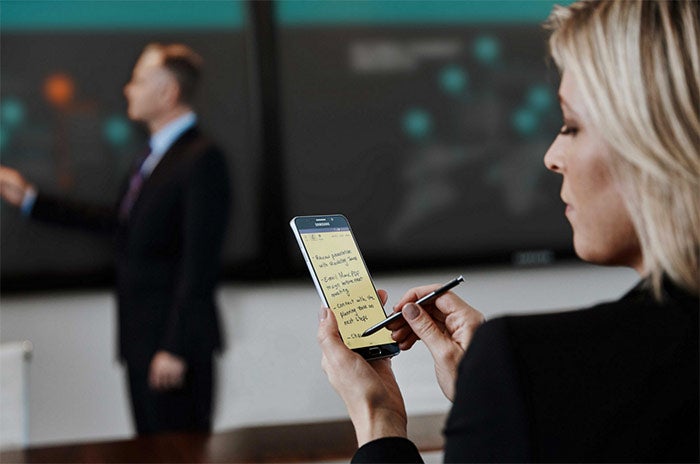 5. Don't have an itchy texting finger.

You can build a happier workforce by knowing when not to send a text or email. One quarter of millennials say being accessible because of mobile devices has made their lives more stressful, according to the Center for Creative Leadership (CCL) in San Diego. Jennifer Deal, a CCL researcher, found the avalanche of emails and texts often stems from sloppy business practices, like meetings being scheduled with no clear agenda and too many people involved in decisions.

Streamlining processes can reduce the amount of unnecessary communications zipping around all hours of day and night. As a manager or business owner, Deal says you can also raise your workers' spirits by educating your staff on what issues are true emergencies which justified reaching out to colleagues after business hours, rather than making a draining, 24-7 workday the standard.

That way you can use mobile devices for what you really want to do—communicate more effectively, and work together better with your team.

To learn more about how Samsung's technology is transforming the way business is done, visit samsung.com/us/business, or visit our blog for related articles, case studies and white papers: insights.samsung.com.