MSI | Brand Spotlight Partner What is this?

Simple Ways Anyone Can Be More Creative

Having the right tools can make all the difference.

Creative professionals know all-too-well that it often takes the exact right mix of elements to spark a big idea and the motivation to bring that idea to life. Without everything in place, the entire creative process can suffer.

The good news is, there are simple things to do to set you up for success, no matter if you're a photographer, illustrator, videographer, engineer—you name it. Consider the strategies below to get your creative talents fired up and ready for action.

Content creators are finding it easier than ever to enhance and expand their work by learning how to use new tools and software. A writer, for example, might use a laptop to write/edit documents. Today, however, the ease and simplicity of modern software, coupled with powerful hardware, make it easy for writers to enhance their work with photos they take and edit themselves, or repurpose their writing into podcasts they produce. The same goes for creatives who shoot and edit video, illustrators, designers of 2D and 3D models, VR, and more.

If you have a superior laptop with advanced technology then the possibilities are virtually endless. Take it from professional wave rider Robbie Crawford. He began to see his work from an entirely different perspective after working with many talented surf photographers. He began recording his time on the water, uploading the footage to his MSI Creator laptop, and studying what he captured. By adopting a photographer's mindset, he learned things like the best positioning within a wave and the best times of day to capture images.

In other words, he improved his line of work and expanded into an entirely new creative skillset.

While you are the spring from which creative ideas flow, oftentimes you can't bring those concepts to life without the proper tools. As the creative and business worlds increasingly become more digitized, an increasing number of people rely on their computers to do everything from writing to illustrating to editing, and more.

One tool that's perfect for digital content creators is the P65 Creator from MSI, a company that manufactures and sells computers and laptops for the gaming community as well as business professionals. They've built computers that come with insanely fast processing, large beautiful screens, have long-lasting battery life, and are tested to ensure they withstand the rigors of heavy use. 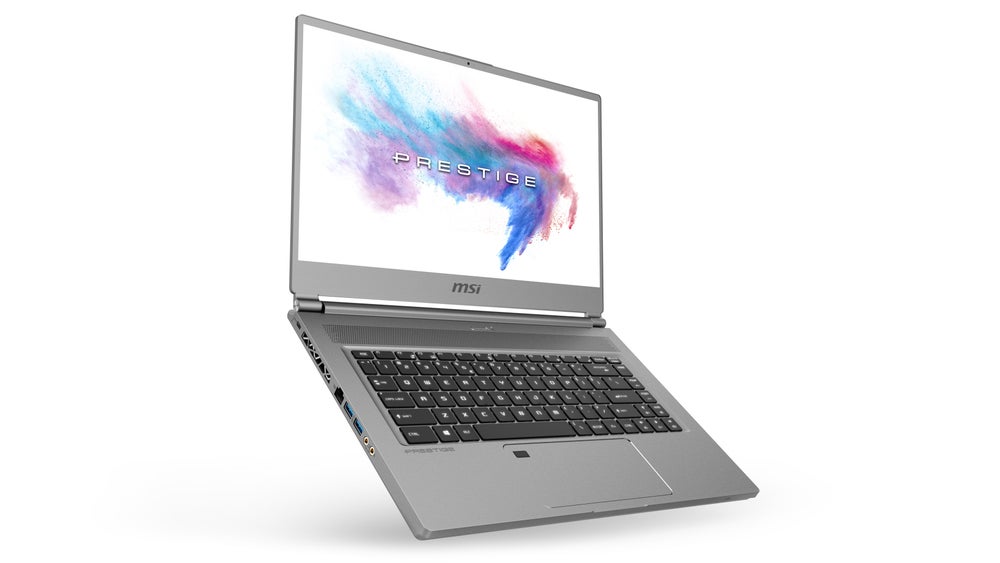 Creatives who work in fields such as 3D modeling, graphic design, music, and VR, typically need a full-performance computer like the P65 Creator. A stylish laptop with an ultra-thin bezel and a sandblasted texture, it's packed with features like an Intel 9th Gen. Core processor with up to eight cores for fast computing, True Color 2.0 technology for next-to-perfect color rendering, and 64GB of memory so it can easily save all of your important projects.

The P65 weighs just shy of 4 lbs. so it's very portable. It also has up to 8 hours of battery life, so when you find your rhythm, you can create without the interruption of needing a charge.

Learn from the experts.

No matter if you're just starting out or you're a seasoned pro, sometimes the best source of creative inspiration comes from others. Creatives often look to the best within their industry—the experts—to learn new techniques and come up with new ideas for their own work.

As a photographer and director, Brooklyn, N.Y.-based Chris Ozer is a master at observing the world around him. He takes creative cues for his work from the "sights, sounds, and people" he encounters. Using these everyday things as his springboard, he uploads his images and video to an MSI laptop on which he's able to transform them to embody his creative vision.

Another idea comes from San Francisco-based Colie Wertz. The longtime concept artist and modeler has a rule that when a moment of inspiration presents itself, "get on it," he says in the video above. He might take a visual cue from a beautiful car he sees or some other ordinary object, then he immediately begins a small-scale sketch. That initial drawing then winds up on his P65 Creator where he develops it into something great.

To unlock your own creativity, try the suggestions above and be sure to check out the new P65 Creator from MSI today.