Are you ready to be a multi-unit franchise owner? 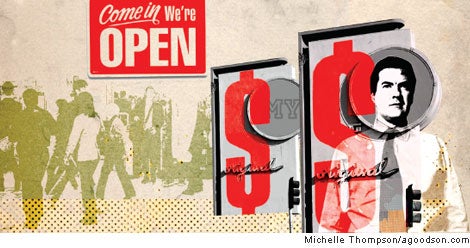 It's no small achievement to open a single franchise unit and make it successful. But opening more than one is a higher-stakes gamble that can pay off with bigger profits. Done wrong, though, more units may just lead to bigger losses.

Owning many units takes a completely different set of skills than owning a single store, says Mark Johnson, CEO of the consulting firm MyFranchisePath.com in Virginia Beach, Va. Are you cut out to be a multi-unit franchisee, or would you be happier with a single store? Below, our experts offer some tips on how to tell.

Otherwise, he says, open one store and see if it's profitable. Then, see if it pencils out as part of a multi-unit chain. Daszkowski says that often franchisees don't count the true costs of running a unit without an owner/manager on the premises, as you'll need to if you expand. If it takes two managers at $50,000 a year to cover the long hours you've been putting in at that first store, that makes a serious dent in the profit margin.

Also, work on developing a good relationship with the franchisor. If you don't feel supported by them with one unit, you won't want to open more.

Do what you love
The move to multi-unit operation signals a big change in how an owner spends his or her time. Instead of spending all day at the store, serving customers and overseeing employees, the multi-unit operator concentrates on hiring and training quality managers to oversee each unit.

"A multi-unit owner must be a delegator who's willing to rely on good people," says Johnson. "You need to be more of a coach, a leader with drive and vision."

Would you enjoy mentoring workers, or would you miss the day-to-day contact with customers if you expanded? Can you let go of store-level responsibilities and empower others to make those decisions? You'll need to if you're going to succeed with multiple units.

Two other important skills in the multi-unit operators toolkit are site selection and fundraising, says Michael Seid, managing director of franchise consulting firm Michael H. Seid & Associates. With multiple units, it's a plus if you have expertise in those areas, as you'll be out looking for sites and raising money often.

Map your strategy
Where you open your additional units can help or hurt you. Ideally, you want your units to be near each other--but not so close that they depress each others' sales, says Seid. Having all your units in one territory has numerous benefits: You can often save money doing joint advertising, it's convenient for you to visit all the units regularly, and it's easier to move employees between stores, promoting assistant managers or solving personality clashes.

Some operators sign up to be area developers, thereby guaranteeing adjacent markets will be available for additional stores. On the down side, examine whether operating more units would really be more profitable than operating one, Seid notes. Will you add more overhead such as a warehouse or a delivery fleet? Be sure to consider the costs of growth.

Get support
Franchisees seeking to expand should first learn how much assistance they can get from their franchisor. There should be substantial support, as franchisors save an estimated $5,000 to $7,500 for each franchisee they don't have to recruit, notes Seid. So be sure to ask about franchise-fee discounts and any other available perks.

For instance, 10-unit Liberty Tax franchisee Dan Castellini attended training specially tailored to larger franchisees as he planned to add units. He came away from the training with a network of existing multi-unit operators he could call upon for help.

Show me the money
Financing one new store poses a challenge. Financing many--especially many that are opening at once--is vastly more difficult, especially in the current economic downturn. It's generally a myth that one successful unit will throw off enough cash to fund the opening costs for a second unit. You'll need good financial connections or cold cash to jump to multi-unit operation. And don't forget you'll need both opening costs and operating cash to tide each location over until it's profitable.

"A lot of people just see dollar signs and think 'Wow, the more units I open, the more money I can make,'" says Daszkowski. "But they don't realize that all these units they're opening aren't going to be profitable for 18 months, and that's a lot more working capital you'll need all at once."