What do a Lincoln Continental, a Victoria Secret model and Kevin Costner have to do with each other? Environmentalism. Duh.

By Jason Ankeny
March 22, 2011
This story appears in the April 2011 issue of Entrepreneur. Subscribe »

The future of renewable energy may depend on solar power, but in the here and now, don't discount the importance of star power. Here are five celebs who are bridging entertainment and the environment. 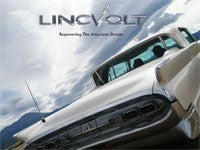 Longtime environmental advocate Neil Young funded development of the LincVolt, a 1959 Lincoln Continental Mark IV reconfigured to run on battery power. The 2.5-ton, 19.5-foot Mark IV was a notorious gas guzzler. Post-makeover, the LincVolt closes in on 100 miles per gallon. Unfortunately, the LincVolt's image took a hit in November 2010, when the car's charging system caused a fire in the warehouse where it was contained. It's doubtful that's what Young had in mind when he sang "It's better to burn out than to fade away."