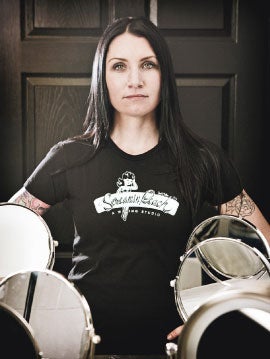 Making small talk with a stranger while lying half-naked on a table as they rip hair from a rather private region is awkward at best. What's there to talk about? The weather? The economy?

"I generally loosen clients up with simple questions and then they start unloading from there," says Jen Eichhorn, owner of the Screamin Peach in Fort Collins, Colo. "They just kind of open up and pour their hearts out."

The Screamin Peach is a waxing salon. No pedicures. No manicures. No massages. Just waxing. Arms, legs, eyebrows, areas below the belt--you name it, they wax it.

"I didn't start my business because I wanted to get rich," Eichhorn says about her studio, which she opened in 2006. "I wanted to open something everyone would feel comfortable going to."