How Lytro Offers a New View of Optical Photography

By Jennifer Wang
July 25, 2012
This story appears in the July 2012 issue of Entrepreneur. Subscribe »

Look up the word disrupter and you'll likely run across phrases such as "destroy" and "cause turmoil." It's a serious word, with dire implications for the status quo.

You'd think it would take billions to rewrite the business model for entire industries, but that's not always the case. As the companies profiled on the following pages demonstrate, sometimes disruption is simply about wanting to make something better. And armed with a savvy acumen for spotting opportunity, these companies followed through on that goal, sparking revolutions within their respective fields of dining, HD video, media, photography and travel.

The consumer will ultimately decide whether these ideas become routine and transform the way everyone lives. But we do know that these companies will mete out a level of creative destruction on the entrenched businesses in each of their industry sectors.

If everything works out for our disrupters, they'll enjoy their own version of what we're calling the "Instagram moment." That's when a company has so changed consumer behavior that going backward is inconceivable--that an entire field of technology becomes associated with one brand name. With the photo-sharing app Instagram, tens of millions of people have adopted a new concept of what a snapshot means. Facebook noticed and snapped up the 13-person operation for a cool $1 billion. Contrast that with Kodak, the bankrupt company that invented the snapshot more than 100 years ago: Its market valuation on the day of Instagram's purchase was less than $80 million.

That's disruption for you. 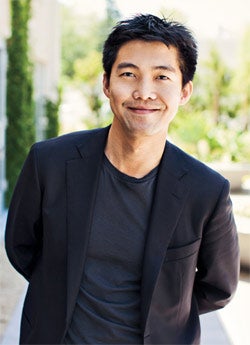 At a certain point during Lytro founder and CEO Ren Ng's demonstration of his company's new light-field camera, he makes a bold claim. "Optical photography is a technology that has not seen fundamental innovation in two centuries," he says, holding up his gadget. "But here we are, staring it in the face."

We're viewing photographs, or "living pictures," as he calls them, on Ng's laptop at his headquarters in Mountain View, Calif., which he moved into shortly after the first $399 Lytro cameras with 8 GB flash drives started shipping to the public in February. (There had been a pre-order list since October 2011.) The photos--nature scenes, wedding shots, close-ups of food--are rendered with the depth and clarity of a high-quality 3-D movie.

But 3-D is just a bonus. What most excites Ng is the ability to shift the perspective of photos taken with a Lytro after they've been uploaded to a computer. Pulling up a shot of a friend, hand outstretched and face obscured by smoke, Ng clicks all over the image to bring a different element into focus each time.

Remarkably, taking this dramatic photo was a one-handed affair, requiring no focus, zoom or flash--just aim and press the shutter button on the Lytro, a rod of rubber and anodized aluminum with a 1.25-inch LCD viewer on one end and a lens aperture at the other. Couple the image with Lytro software, and a user can manipulate not only focus, but color and intensity, too.

The technology is an offshoot of Ng's Ph.D. research at Stanford University on consumer applications for the light field. The Lytro can capture up to 11 megarays, or 11 million rays of light, for image quality once achievable only by the power of hundreds of digital cameras tethered to a lab supercomputer. Rather than sell his concept to a Sony or Google, Ng jumped into production of digital cameras--a market worth $40 billion, according to research firm In-Stat--backed by $50 million in venture funding from heavyweights like Andreessen Horowitz and Greylock Partners.

There are criticisms--the camera's small screen size and lack of PC software--but Ng's focus remains on optimizing "computational photography" and the online photo-sharing experience. "There is a ton of amazing technology that already exists that Lytro could funnel to consumers at a fast clip," he says, alluding to Hollywood-quality special effects and even holograms. "We are on the cusp of an exploration, bringing together the magical capabilities of computer graphics, the knowledge of the nature of light in photography, collecting the right data through the right algorithms--and taking it straight to the consumer."

Disruptive technologies have the power to unsettle entire industries. Within the ranks of career photographers, Lytro is not exactly greeted with cheer. Rob Haggart, former photo director at Men's Journal and founder of the blog APhotoEditor.com, sees Lytro as another step in photography's trajectory away from professional camera-wielders toward computer-using amateurs who can fiddle with imperfect images. "From autofocus to digital images to the Lytro--operating a camera today is like operating a pencil," he says. "How can you make people pay you to operate a pencil?"