Meet the Winners of Our Entrepreneur of 2014 Awards

There’s a wealth of diversity among the businesspeople who take our awards this year, but they have one common characteristic: They’ve all built companies that represent significant trends in entrepreneurship today.

Our Entrepreneur of 2014, Dan Price, has seen great success in helping other small-business owners with critical financial functions and loans. Riding the DIY wave, Emerging Entrepreneur winner Maria Seidman is democratizing the process of building mobile apps. And College Entrepreneur Aaron Goldstein has entered the increasingly important wearable-tech fray with a promising solution for a common healthcare need.

These three take our prizes for 2014. From thousands of entries, Entrepreneur editor in chief Amy C. Cosper and vice president of marketing Lisa Murray, along with two representatives of The UPS Store—vice president of marketing Michelle Van Slyke and PR manager Chelsea Lee—narrowed the field to 15 finalists. Then readers voted on their favorites at Entrepreneur.com.

We hope you’ll be as impressed and motivated by their accomplishments as we are. 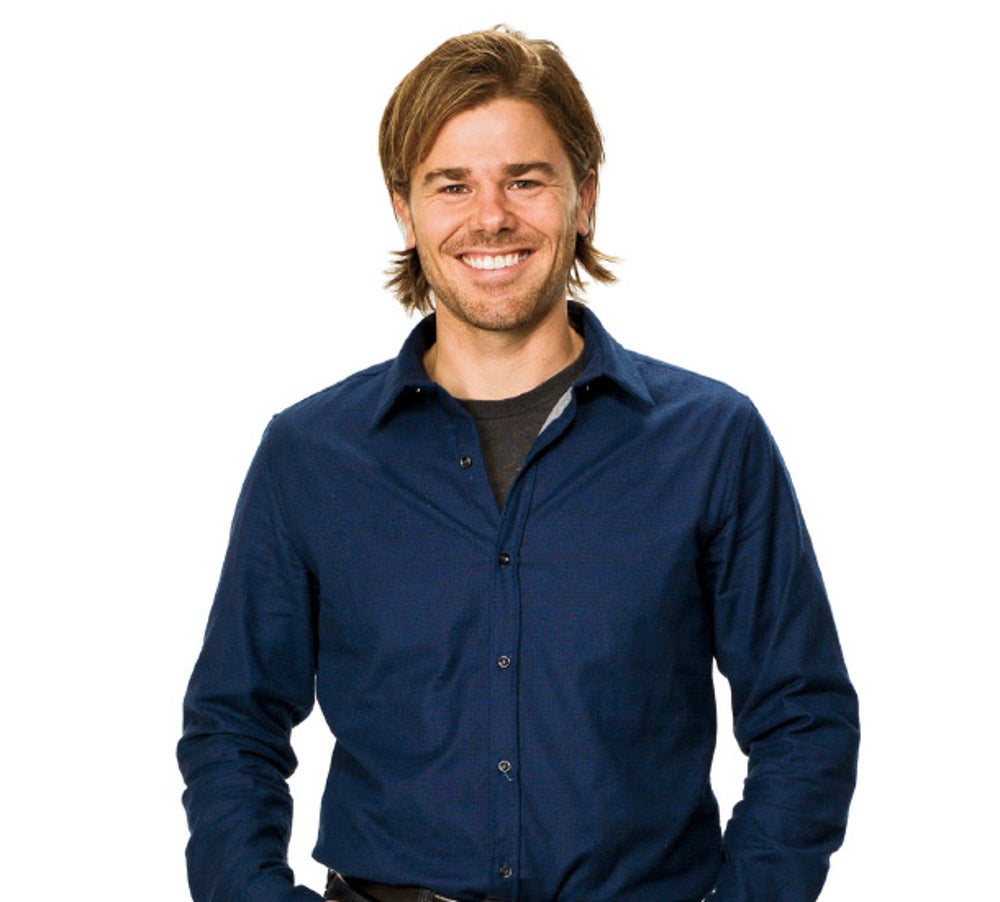 In an age of job-hopping and serial startups, Dan Price sounds like a 1950s throwback. Just 30, he formed his Seattle-based credit card processing company, Gravity Payments, 11 years ago. “My goal is to do this forever,” he says.

Considering the company’s success—it processes “a little under $10 billion”
in credit card transactions and sees revenue of about $150 million annually—Price could probably cash out for a very pretty penny.

“I’ll ask friends who have sold their businesses, ‘Did that business get to the goal that you originally had in mind?’ And they’re all happy they sold because of the phenomenal financial outcome. But when I ask them, ‘Did you actually accomplish the nonfinancial goal that you set out in starting that business?’ … they almost all say no.”

Price launched Gravity—a name “you could understand on the phone”—while attending Seattle Pacific University. The company grew out of a tech consulting and procurement business he created while still in high school. But Price, a fierce advocate for small businesses, decided to morph from helping his clients, such as coffeehouses, negotiate with credit card processing companies to offering the service himself. His strategy was to launch a company that is transparent about its business practices—a far cry from the industry standard.

He started Gravity with every dollar he had, plus “a little under $100,000 in debt” from bank loans, credit cards and—well, let’s just say that his student loans didn’t all go straight to books. (To this day, other than his brother—a minority shareholder—Price has not sought outside investors.)

Though many of his clients had been with him for years, Price didn’t take it for granted that they would agree to trust him in his transition from negotiator to the one handling their money and data. But many did.

“I never intended to make a lot of money, or really any,” he says. “I was really upset at this industry for the way they were treating my clients, and I just wanted to blow the thing up. So I was like, ‘I’m going to charge a third of what everyone [else does].’”

Credit card processing remains the company’s core product, but Gravity has added several other services, such as administering gift and loyalty programs and consulting on point-of-sale systems. In 2007 the company began offering low-cost loans to clients for expansion or short-term capital needs. Price says Gravity has completed $20 million in financing to some 700 restaurants and other businesses.

A more recent addition to the company’s offerings is analytics. “We got an idea that we have all this data on the credit card, and wouldn’t it be great to find a way to package that data in a way that would help our clients know their customers better? We built a whole new product,” Price says. “You can see how often you are getting a brand-new customer who’s never been in, and how often your customers are returning—and frankly, between the two, it’s much better to have loyal returning customers as opposed to a lot of brand-new customers.”

In 2008 Gravity lost 20 percent of its revenue nearly overnight because customers were running less volume through the system. Price called his 45 employees together—“half my staff was in [asking] for raises, and the other half of my staff was definitely afraid they were going to lose their jobs”—and explained that the company had “eight months of cash in the bank. If we hold our expenses steady and just sell the same amount every month for five months, we’ll get back to break-even and not have to do any benefit cuts, any layoffs, anything like that.”

He started cold-calling restaurants trying to bring in new business. “A lot of them laid off their GMs, so the owners were in the business,” he says. “So I had access to the actual decision-makers, and they wanted to save money, which I could help them do. I took an 80 percent pay cut. We didn’t do pay raises for anybody else, and we didn’t do any benefit additions. We froze all of that, but we didn’t decrease anything, which I was really proud of. And we didn’t have any layoffs.” 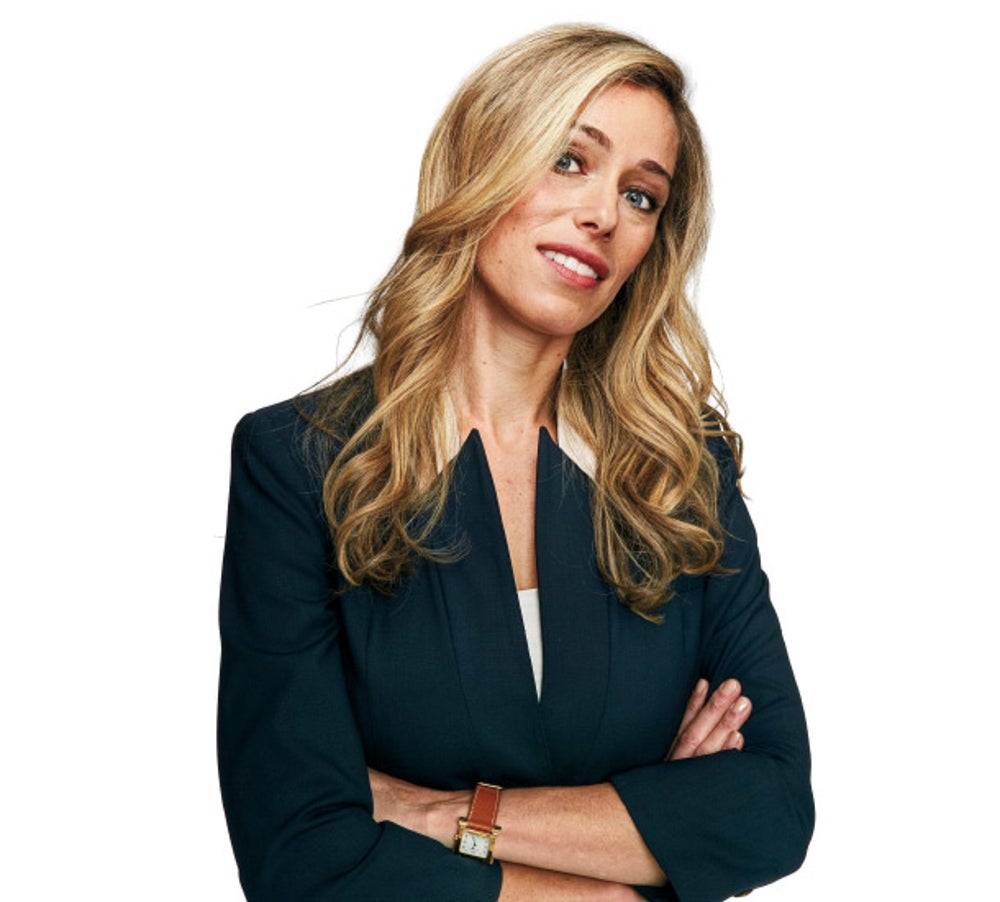 Maria Seidman wanted to make a mobile app that members of her women’s group could use to connect and plan an event—but she was stymied by how to build one.
A former vice president at Warner Bros. Digital Distribution, she had “never been technical,” she says. “I’m not a programmer or an engineer or a developer.”

She did eventually find a way to build her app—and that led to Yapp, the company she co-founded in 2011. “I decided that the world really needed a platform where people can come and simply create a mobile application regardless of their backgrounds, their knowledge of technology, their design skills, their budget or any kind of other constraints,” says Seidman, who now serves as Yapp’s CEO. “We want to help you connect better using mobile software that you yourself create.”

Yapp’s users have built “a couple hundred thousand apps,” she adds. The New York City-based company, which does not release revenue figures, has eight full-time employees.

Seidman met her co-founder, Luke Melia, by circulating an ad through the New York CTO Club. “There was something about this slightly cheesy ad that caught his attention,” Seidman says. The pair met for six weeks “very, very intensely” before deciding they would make good business partners; Melia wrote the Yapp code and serves as CTO. They started off with a round of seed funding and, since that time, have been reinvesting revenue into the company.

Seidman says everyone from schoolchildren to event planners at major companies uses her platform. “Any way you slice it, there’s a real range in terms of the kind of people who are using Yapp and getting value from it, and that makes us very happy,” she says, adding that it’s been interesting to watch the unexpected ways people are putting Yapp to work—from an association of funeral directors organizing their annual conference to a major retailer that built an app to connect and recognize store managers around the U.S.

Though Yapp is free to use, the company offers a range of for-pay app-development services, as well as custom-built off-platform solutions. “What we’ve homed in on in the last couple of years are the use cases where people are really getting value
and paying us … helping us to create a sustainable company—and that really
is around events and groups,” Seidman says. “That was the first kind of vertical that we went after.”

Seidman’s excitement bumps up several notches when she talks about the difference Yapp makes in people’s lives. One user called to report that he had been named employee of the year at his organization after he “created this great mobile app using Yapp for their annual convention. He was calling to thank us,” she says. “When we make our users look great because they used Yapp to connect to people, that’s when I feel like we’re doing something good in the world.”

They use Yapp. so can you. 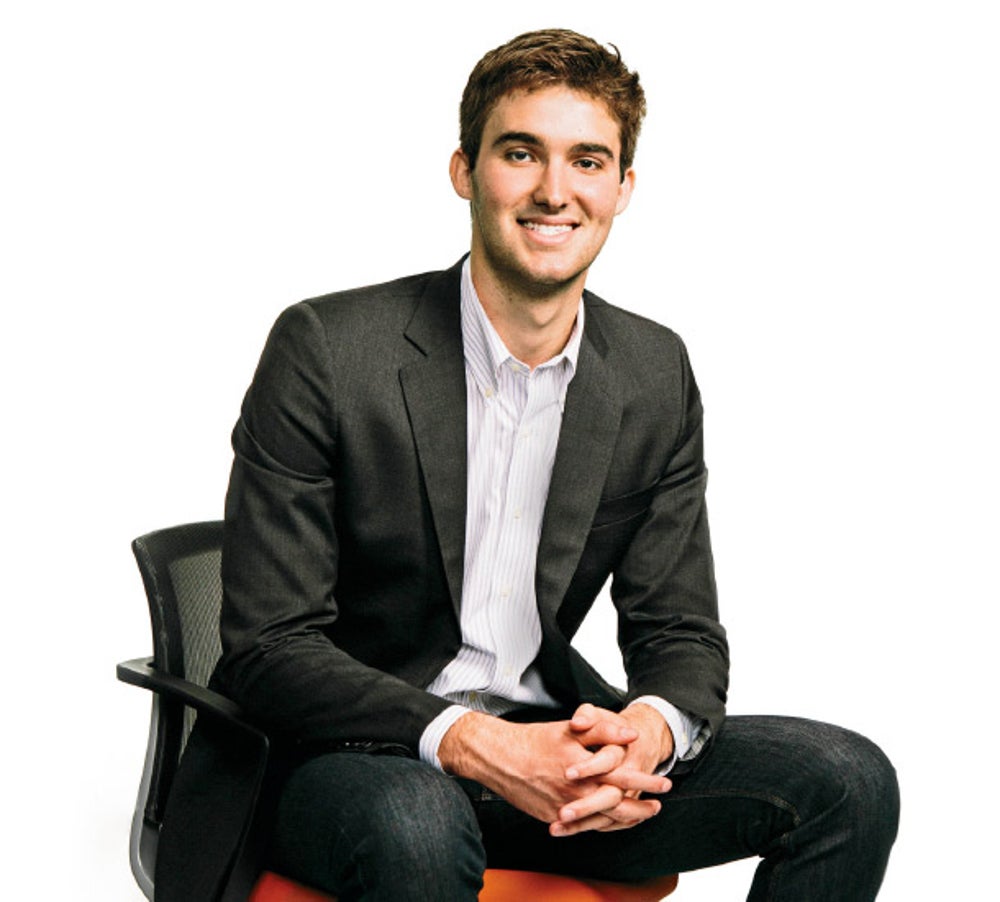 Aaron Goldstein and Colin Hill, now juniors at the University of Pennsylvania’s Wharton School, met as freshmen on the rowing team. But Hill was dealing with an extra challenge that first year of school: undergoing chemotherapy to treat Hodgkin’s lymphoma. This meant constant monitoring of his temperature to make sure he didn’t come down with infections while his immune system was compromised.

Although he would go to sleep with a normal temp, Hill woke up several times with a spiked fever and ended up in intensive care. He “became incredibly frustrated,” he says, with the inability to track his temperature continuously and the fact that his doctor couldn’t monitor him remotely.

Goldstein and Hill—entrepreneurially minded business students through and through—decided to find a solution. Two years, a few hundred thousand dollars raised through accelerators and Indiegogo, and many design iterations later, they shipped their product: Fever Smart, a reusable monitor worn under the armpit that sends temperature readings to a relay device in the same room, then on to the company’s servers and, finally, to a smartphone or other device. The system sets off an alert if the wearer’s temperature starts to climb.

Though Hill’s condition was the impetus for the company, the founders quickly decided that “from a business marketing perspective, trying to create something for chemotherapy patients is probably not the best opportunity for our first target market,” Goldstein recalls.

Their research turned up several potential markets—including women trying to get pregnant and soldiers on the battlefield—but a conversation Goldstein had with his aunt, who mentioned how anxious she felt when her kids were sick, sealed the deal. “She currently sets her alarm for 1 in the morning, 2 in the morning, 3 in the morning,” Goldstein says. “She wakes up. She has to then go wake up my little cousins, check their temperature, see if they’re OK. She goes back to sleep for an hour.”

Parents, the founders decided, were “a good potential first market,” Goldstein says. Early versions of the monitor were the size of “a pretty big brick”; when Goldstein asked one of his young cousins to test it, she got “a horrified look on her face.” They’ve since shrunk the wearable device down to a far more comfortable 32 millimeters—just big enough so that children can’t choke on it.

Though they’re still figuring out a distribution plan—Fever Smart is available on the company’s website—early response has been positive. The team plans to use its $5,000 prize from Entrepreneur to manufacture about 2,000 units—twice the initial goal. Additionally, at press time the team was at work adapting its device to be used as a remote and continuous temperature-monitoring system for people at risk of contracting Ebola.

7 Ways to Generate Publicity Without Spending a Cent

Your Company's Worth Is Far Greater Than Its Revenue Growth Metrics

Entrepreneur's Franchise 500: How We Decide Who Makes the Cut

From Fermented Food to Video Streaming, These French Entrepreneurs Are Making a Splash Stateside