How Three Businesses Broke Into the Mommy Market

By Jennifer Wang
March 21, 2012
This story appears in the April 2012 issue of Entrepreneur. Subscribe »

These days, it takes more than cutesy advertising copy to win the attention of moms--who control more than 85 percent of household spending. "We think of moms as the CEOs of the household," says Greg Duffy, co-founder of video monitoring platform Dropcam. Here's how he and other entrepreneurs in three key sectors--tech, retail and service--broke into the lucrative mommy market. 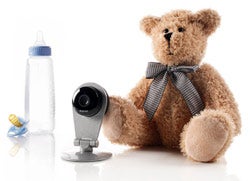 What's different: It's the first monitoring camera for in-home use. The majority of customers are parents. Dropcam comes with night vision, 720p HD picture quality, two-way audio, motion-sensor alerts and 16x digital zoom, all in a pretty aluminum package that fits in the palm of your hand.

How it started: Greg Duffy co-founded Dropcam in January 2009 with the goal of building a camera that was simple to set up and allows you to watch a video feed from anywhere in the world, from many devices. The company, which raised nearly $6 million last September, debuted its HD product in January at the "Mommy Tech" section of the Consumer Electronics Show in Las Vegas.

Why moms dig it: Dropcam keeps sharp eyes and ears on kids, with applications like baby monitoring ("Moms are using it to catch their babies' first steps when they're not around," Duffy gushes); checking that older kids have arrived home safely; contacting children who are ignoring their cell phones; and sharing footage from birthday parties.

Smart moves: Busy parents have only a few minutes to decide if a product is worth buying, so Dropcam's marketing has always focused on immediate benefits for them, rather than listing feature-rich specs.

Sweet success: The first shipment of HD cameras sold out in a week. Dropcam's 2011 revenue was five times that of the previous year. Duffy notes the company is the largest inbound streaming site on the internet. "YouTube takes in about 48 hours of video every minute," he says, "and Dropcam is much, much larger than that. I have the bills from the data center to prove it." 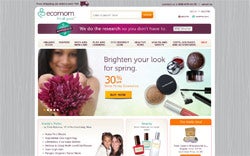 Retail. Las Vegas-based e-commerce company Ecomom sells strollers, toys, baby food and other products, all reviewed and given labels like vegan, sustainable production or handmade. The clever tagline: "It's all good."

What's different: It's the only retail store--online or off--that curates such a comprehensive range of products and reviews and provides a one-stop shop for parents.

How it started: After selling his private-jet business to Richard Branson, Jody Sherman focused on starting a socially responsible venture and realized there was a need for a central resource of kids' products. Ecomom launched in 2009 out of Sherman's house, with six volunteer employees and one product, a line of organic baby food started by a friend. "Then, every time we raised a little bit of money, I would pump it back into buying products, rather than marketing," he says. Ecomom has scored major investor attention, including that of Zappos' Tony Hsieh, and now has a staff of 14.

Why moms dig it: Shopping safe, made simple. And you can't beat the perks: 24/7 customer service, daily deals, an informative blog and cool tidbits like celebrity picks.

Smart moves: An onslaught of traffic on Black Friday triggered a bug that brought the website down, but Sherman turned the potential disaster around using a mom-approved strategy: communication. The team broadcast regular updates on Facebook and even shipped some orders twice to ensure timely Christmas arrivals.

Sweet success: Now with about 3,500 products, Ecomom has an impressive conversion rate from direct-search traffic of 5 percent. Sherman closed on $4 million in financing in late 2011, with which he is revamping the website and expanding into home products. "The end of the second year we grew [by] three times; then, in 2011, it was five," he says. 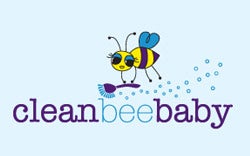 What's different: There's nothing else like it in the marketplace. Only a few mom-and-pop shops offer stroller cleaning, and professional car-seat installations in L.A. cost at least $100--which is probably why 85 percent of car seats are improperly installed, according to the National Highway Traffic Safety Administration.

How it started: With the help of 40 classmates, Jennifer Beall spent her last year at Northwestern University's Kellogg School of Management coming up with a business plan. "Our market research revealed that 60 percent of parents wished their strollers or car seats were cleaner but didn't have the time or desire to clean them," Beall says. She won first place and $7,000 in the Kellogg Cup Business Plan Competition, then raised about $100,000 from investors.

Why moms dig it: Convenience. Beall's steam-cleaning process can be done quickly and without disassembly. CleanBeeBaby has locations at Westfield shopping centers in L.A. and takes appointments at high-end baby boutiques. Beall is also starting to franchise, in the hopes that local owners will be able to partner with schools. "Preschool fundraisers would be a gold mine," she says, noting that most of the events the company has held sold out. "We gave 15 percent back to the school, and moms dropped off their stuff with the kids and picked everything up at the end of the day. Everybody was happy."

Smart moves: Beall went after a partnership with premium stroller manufacturer Bugaboo, which promoted CleanBeeBaby services during Customer Appreciation Days. "You gotta be scrappy," she says. "I go to every mompreneur networking event and look for ways to cut costs everywhere."

Sweet success: Beall reports she was cash-flow positive in the first four months, and the service was featured in DailyCandy's e-newsletter in January.