By Joel Holland
August 23, 2010
This story appears in the September 2010 issue of Entrepreneur. Subscribe » 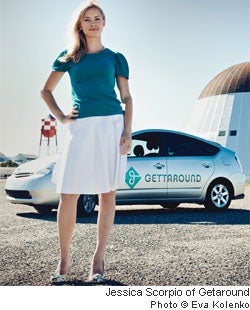 Jessica Scorpio was a grad student at Singularity University--a sort of futurist boot camp on the old NASA Ames base near Mountain View, Calif.,--and the challenge was this: build a company that would have a positive effect on a billion people during the next 10 years.

She and the nine other members of her team decided to focus on energy and the environment. "Since the transportation industry hasn't really changed much in the past 50 years," says Scorpio, 23, "we thought it was pretty ripe for some innovation."