Web-Hosting Troubles? How One Company Found a Solution By Building Their Own

By Jennifer Wang
November 18, 2011
This story appears in the November 2011 issue of Entrepreneur. Subscribe » 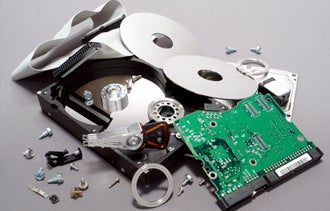 Week one of launch was great. It was early July and Fileblaze, a San Francisco-based company that provides bulk-file transfer and preview services--think 10,000 songs via e-mail, securely, in seconds--already had a loyal user base of 75,000, including execs at NBC Universal and a few Grammy Award-winning artists.

Week two was a disaster. The managed hosting provider--hired to handle server administration tasks and provide a dedicated server and technical support--experienced a crash, and thousands of user files were affected. Worse, the promised backup procedure wasn't in place. "The files were gone, poof, with no explanation or solution, because the fine, fine print said it wasn't their responsibility to back files up," Fileblaze founder and CEO Chuck Baker says. "We were saving 70 percent every month in [hosting] costs, but it seems to me like they were cutting corners and overselling."