Meet the Entrepreneurs Behind the Booming Business of Games 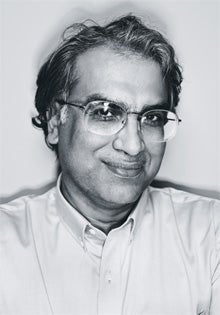 Peter Relan walks around. A lot. On any given day, he'll spend 70 to 80 percent of his time pacing the halls of the Burlingame, Calif., headquarters of YouWeb, the social gaming incubator he started in 2007.

"I don't have an office," Relan says, by way of apology, before plunking down on a couch in a sparsely furnished meeting room at YouWeb, housed in a nondescript six-story building an easy 15-minute drive south of San Francisco. But there's a big smile on his face when he offers the explanation: "I practice MBWA--management by wandering around."

Here's how Relan ambles: He'll chat with employees, meet with his entrepreneurs-in-residence (EIRs), play pool in the billiards room and answer a lot of e-mails on his iPhone--which he digs out of his pocket, helpfully tilting the screen to show the evidence: subject lines for a tide of messages.

"Do you have any contacts at Sony?" reads one halfway down. Relan pauses, a picture of casual concentration--glasses, loafers, navy blue cardigan and light-wash jeans--before his usual boyish enthusiasm takes over. "It just so happens that I do know someone," he says. "So I'll put them in touch. Easy as that!"

Easy isn't how most people would describe Relan's role as chairman of YouWeb, but he'll be the first to tell you (and regularly remind you) that he never comes up with the ideas or game designs.

"All I do is point out inflection points, or the disruptive technologies," he says. "They figure it out."

The "they" refers to a handful of the most creative, passionate and talented developers he's scoured the world to find. Every year, Relan offers two lucky EIRs $100,000 and an entire year to experiment, build and do "whatever they want to convert a passion into a startup," no strings attached.

Relan--former principal architect at Hewlett-Packard, founding VP of Oracle's Internet Division, chief technology officer of online grocer Webvan and founder and CEO of Business Signatures, a creator of fraud detection technology--throws the weight of nearly three decades of Silicon Valley experience and connections behind each project. At YouWeb, he'll join startups as a co-founder, make introductions, help his charges avoid common startup pitfalls and decide whether an idea has a good shot at making it. (If it does, he takes about a third ownership in the company.)

YouWeb, in other words, is a giant entrepreneurial sandbox. And it works. It already has produced four successful social gaming spinoffs--CrowdStar, OpenFeint/Aurora Feint, Sibblingz and iSwifter--that have created about 200 jobs and $1 billion in value, with plenty of room to grow. 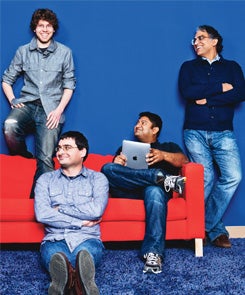 The reason behind YouWeb's stellar track record is Relan's ability to spot when something is going to be huge, especially in an environment that moves so fast Facebook was a "wild, wild west" for gaming entrepreneurs just three years ago.

Relan called it in 2007: Facebook had just opened up its API and given developers the heady ability to create their own applications and games for hundreds of thousands of users; and the iPhone, with its--literally--game-changing platform, had just been released. His inaugural EIRs, Suren Markosian and Jason Citron, are hugely successful. Markosian is the founder of Zynga's closest competitor, CrowdStar; Citron founded OpenFeint, the largest iPhone social network, and developed best-selling iPhone game Aurora Feint.

A Three-Step Guide for Gaming Startups
Every gaming company starts with an idea. Might as well make it a good one. Here, three hints from YouWeb's Peter Relan:

Step 1: Find your audience. Figure out which users would like your idea, and then find out what platform they're on.

Step 2: Match the product with the right platform. If gameplay doesn't feel natural, it won't work. World of Warcraft, for example, will never be a bestselling iPhone game.

Step 3: Find an even bigger audience. Incorporate elements that expand your market. Consider asynchronous games over synchronous ones (requiring real-time play). "Asynchronous is less of a commitment," Relan says, "so the game can be played anytime, anywhere--which allows you to appeal to more people." --J.W.

"Suren jumped on Facebook. Jason jumped on the iPhone," Relan recalls. And the numbers speak for themselves: CrowdStar will have 150 employees by year's end; OpenFeint has 75 million users and counting.

For 2011, Relan steered YouWeb's entrepreneurs toward mobile and tablets. One of them, he reveals, is developing a game that teaches music on the tablet; another is working on something for the "next generation of gaming," which Relan believes will be delivered through smart TVs and existing web portals. "Nobody has yet come up with a way to make large web portals a social game," he says. "What kind of games can be played if you're in Hotmail or on Yahoo Messenger? How can that be wrapped up in one of our games?"

There's plenty more disruption coming, and YouWeb is poised to take advantage of it all, with two more offices (one in Mountain View and one in New York City) and plans for international expansion in a few years. What will remain constant is Relan's focus on social gaming companies. "My belief is that social gaming is not gaming--it's entertainment, just like social networking is now the de facto way you communicate," he says. "Everything is becoming a game. You can't get away from it."

Related: How to Be a Gaming Entrepreneur