How One Craft Brewery Is Tapping Social Media

By Dan O'Shea October 13, 2011
This story appears in the October 2011 issue of Entrepreneur. Subscribe » 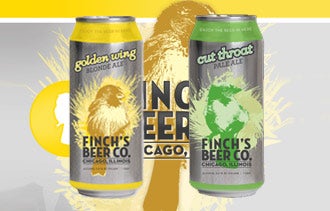 The building at 4565 N. Elston Ave. on Chicago's Northwest Side has a black-painted brick facade and opaque windows. There is no sign, so you would never guess that the business inside is one of Chicago's busiest up-and-coming craft breweries--Finch's Beer Co.

The lack of a sign might also make you think the guy who runs Finch's doesn't know the first thing about branding and marketing, but there you'd be wrong about Ben Finch. Before getting into the business of hops and barley, Finch co-founded The Killswitch Collective, the cutting-edge Chicago creative agency that has done design work for the likes of MTV.