How Tagged Made a Turnaround for Growth

A look at how the third-largest social network built a following, plus hiring tips for expanding businesses.
Next Article 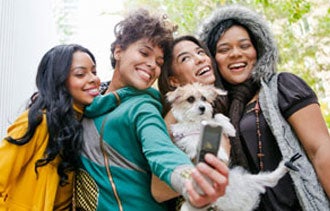 Maybe you've heard this story before: brilliant Harvard students, an early social network run out of a dorm room, a move to Silicon Valley in 2004 on a quest for world domination.

Or, maybe not. "We spent three long years not winning," says Greg Tseng, co-founder and CEO of Tagged, a social network focused on U.S. teens that started off much like Facebook, and also opened up internationally in 2006.

Then later that year, Facebook began its ascent to the top, after the debut of its popular, if controversial, news feed function. Tagged quickly followed suit with a similar feature, but users didn't seem all that impressed. Tseng knew immediately that something was wrong, so in a market teeming with competitors chasing Facebook, he did the only thing that made sense: He started fresh. In late 2007, he made the decision to reinvent the company as a network to help people make new relationships--a term he calls "social discovery"--rather than just keeping in touch with existing friends.

It worked. By May 2008, San Francisco-based Tagged was profitable, and these days it's the third-largest social network in the U.S., available in 220 countries and 18 languages, with more than 100 million registered users and revenue exceeding $32 million. Perhaps more significant, 80 percent of Tagged members also use Facebook, which means the two can grow in tandem. This year--the company's fourth consecutive profitable year--Tseng has doubled the size of the office and nearly tripled the number of employees.

The moral of the story? "There's always a way to differentiate yourself, at whatever stage of a business you're in," Tseng says. "You only want to bang your head against the wall for so long."

Hiring 101
Once you've settled on a business plan, you'll need employees to help you achieve your goals. One of Tagged's greatest challenges, according to CEO Greg Tseng, was hiring the right people. "In the beginning, it was pretty amazing to us that people wanted to work for us, period, so we didn't have good standards," he confides. What you ought to do instead:

1. Make hiring a priority. Bigger companies don't care as much, but Tseng noticed that the top performers generally ended up doing almost all the work. Why pay for a seat-warmer?

2. Set the bar high for every position. Don't compromise. "It can be painful, but if we can't find anyone who meets or exceeds that bar, we don't hire anybody," Tseng says. In fact, it took the better part of the year to find the right person to fill the position of Tagged's director of product.

3. Move fast. When you find great people, snap them up as fast as you can, Tseng says: "You'll wish you'd had that person yesterday."

Be a "Heat-Seeking Missile"
The most successful entrepreneurs are like "heat-seeking missiles," Tseng says. People who hold on to ideas too tightly miss out on a lot of opportunities, at launch and down the road. In addition, running a business involves constant course correction--even being open to switching the color on a button can impact how many people click on it, he says.

"If you want a winning plan, you can't be stubborn. It wasn't easy to let go of something that we poured three years into, but I knew that since we weren't going to win, we shouldn't play the game anymore," Tseng says. Plus, Tagged's investors appreciated that he was adaptable and willing to make tough decisions for the good of the company (and their ROI).

Do Your Research
The first thing Tseng did was talk to his customers--good advice for companies at any stage, of any size. "We surveyed our users, asked them who they were, why they used Tagged, what they wanted from us," he says. The main insight was that 75 percent of users were actually using Tagged to meet new people: "We didn't know. Maybe it was because we hadn't been doing anything to intentionally block or hinder interactions with people who weren't already in their existing social graph."

This not only explained why Tagged's news feed wasn't successful (who cares what strangers are up to?), but also sparked the idea that the company could facilitate the kinds of interactions that people weren't getting on Facebook. "This was our differentiation, and as soon as we began focusing on building and enhancing our products with this idea of social discovery in mind, we really started growing and having a lot of success," Tseng says.

Grow Wisely
Tagged was one of the first social networks to turn a profit, and Tseng says the team weathered the recession through a combination of careful budgeting and continuous product development, releasing ever more social games and mobile apps. Now it's really paying off. At the beginning of 2011, Tagged had 55 employees. Currently, the number is nearing 150, and the company has subleased a second floor in the building to fit all the new additions, including staff for a game development studio that Tseng is bringing in-house.

But despite the growth, some things haven't changed. Tseng takes care to maintain a good company culture, and he's still interviewing employees, catering lunch and dinner and holding officewide meetings every Friday to keep the team in the know. And, of course, he's always open to reinvention. "I'm pretty sure this is how our company is going to grow up," he says, "but I'm ready to pivot again if I need to."