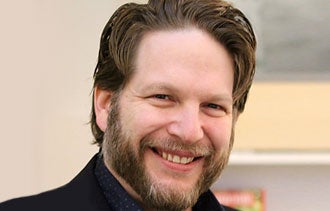 If you're reading this, you probably tend to work too much and you are not very good at slowing down. Most entrepreneurial types have racing minds and don't do well with idle time. Plus, we're always chasing the feeling that we're on the verge of something big and amazing.

December is when lots of people choose to slow down (December and July, as it turns out). But to me, December has long been my "secret" month: It's the time when I do my most work and when I come flying out of the gate with my biggest, best ideas. Here's how you can make December a secret month for your business.

Packing list for Brogan's personal retreat
Books I never read but say I should. Write notes.

Smallish sticky notes in many colors.

Pencils, pens, markers and anything else I think will help creatively.

Camera/video camera, maybe an audio recorder. (Or an iPhone.)

Schedule a retreat. It's the holidays for most people. You're finding it harder to get things done anyway. Even if you can't afford to go away, schedule at least two days (three is optimal) with no phone, no e-mail, no work on your existing projects and no internet unless it's very specifically targeted toward some kind of research. The point of your retreat is to hone yourself, to take the time you say you never have. Think. Plan. Play. Come up with new ideas.

If you can afford to get away, get a comfy hotel room or rent a cabin or something. It's not about the place--it's about the peace of mind. And at this retreat, make some magic. Everyone else is patting themselves on the back for their 2011 (or looking back with regret). Do neither. Get to work on 2012 by working on you.

Connect in a personal way. This can take many forms. Record a few personal videos and send them to your favorite customers. Write some handwritten notes. Draw little personal cartoons and send them out, especially if you're not a great artist. Make something that's unique to someone. In this time when we mass-produce everything (including our conversations), make something that is uniquely personal and personalized. Heck--call some people on the phone. It turns out there's still a voice feature there. The goal is to be personal. How many should you reach? Shoot for three to five a day. At five minutes each, that's still less than a half hour a day for all of December.

Commit to a week of leaving comments. If you're like most people, you read a lot of blogs and follow people's Twitter and Facebook and Google+ streams, but you don't stop to leave comments. Drop some comments this week. Thank people for their information. Let people know your perspective. It's a great time to do it.

Why is December an ideal secret month? Because everyone else is slowing down. They're taking it easy, because it's tradition. You can slow down, too. Just do it mindfully, and see what comes of it.

14 Famous Businesses That Launched With Less Than $10,000