By Gwen Moran December 8, 2011
This story appears in the December 2011 issue of Entrepreneur. Subscribe »
Number of trees planted by Tegu in Honduras: 18,011

Approximate number of kids who live on the trash dump outside Tegucigalpa: 200

Number of formerly homeless boys who graduated from high school and now work at Tegu's factory in Honduras: 5

Will and Chris Haughey could have stayed in their cushy consulting jobs. But in 2007, the brothers exchanged those jobs to launch Tegu, a toy company in Honduras that does a lot more than give kids some blocks to knock down. Tegu provides impoverished Honduran children the chance to go to school and, once they graduate, get a job.

During a 2006 business trip to the country, Chris visited a friend who started the Drew Honduras Project, a home for street boys. In a country with 30 percent unemployment and 65 percent of its population living in poverty, they were "taking boys age 12 off the streets of Tegucigalpa, giving them a real place to live and education and hope for the future," Chris says. He contacted Will, and together they decided to build a company committed to employing people in the region.

The brothers spent a year developing their product ideas and figuring out Tegu's guiding principles. During their time studying wooden toys, they latched onto the idea of putting a modern twist on classic building blocks: Tegu blocks feature magnets inside, giving the tactile toys a whole new world of playtime possibilities. The Haugheys also thought about ways the company could operate sustainably, taking care to avoid contributing to some of the problems prevalent in Honduras. They wanted Tegu to provide good wages and working conditions to employees in both their Darien, Conn., and Tegucigalpa locations.

Since Tegu's factory opened its doors in late 2009, the company's Honduran employee count has grown to 49. Will lives in Honduras and oversees the operation. And their products have developed a loyal following. Tegu's blocks have landed spots in retailers like Barneys New York and Pottery Barn Kids, with "more big deals coming," Chris says. In 2010, the company sold 20,000 units, at prices ranging from $70 to $155. Customers who purchase Tegu products can choose whether they want a portion of the purchase price to support replanting forests or to send kids to school at Amor, Fe y Esperanza, which provides education for children whose families work at the Tegucigalpa city trash dump. Tegu also employs graduates of the Micah Project, a Honduran organization that educates local kids. 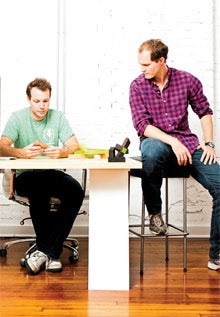 Tegu is clearly committed to sustainable business practices, as evidenced by its working relationship with a timber-cutting cooperative that carefully harvests wood from Honduran forests, Chris says. Once mature trees are harvested to fulfill the company's needs, new trees are planted in their place.

And blocks were just the start for this ambitious pair. The Haugheys also plan to launch a foundation to increase their social impact on Honduras.

"There are a lot of opportunities popping up to continue to invest in the country and create ancillary businesses," Chris says. "As a company, we want to be looking at contributing to Honduras developing its work force and society, not just growing our business."