A Starbucks Initiative to Brew Up U.S. Jobs

By Michelle Goodman January 24, 2012
This story appears in the February 2012 issue of Entrepreneur. Subscribe » 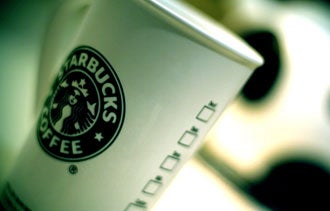 For little more than the price of a latte, the average American can help finance a new business startup. That's the premise behind Create Jobs for USA, the brainchild of Starbucks founder and CEO Howard Schultz. Through the program, every $5 donated at a Starbucks location or through CreateJobsforUSA.org supports $35 worth of small-business lending.

To get these funds directly into the hands of businesses owners, Starbucks partnered with Opportunity Finance Network (OFN), a collection of 180 Community Development Financial Institutions (CDFIs) that specialize in lending to low-income and disadvantaged individuals and underserved communities throughout the nation.

Create Jobs for USA launched in November 2011, with the Starbucks Foundation making a $5 million seed donation. An economic team at the Philadelphia-based OFN, with input from independent economists, estimates that for every $3,000 donated to the program--which translates into $21,000 in loans--one job will be created or retained. More than $1 million in donations was collected within the first two weeks of the initiative. OFN president and CEO Mark Pinsky explains how entrepreneurs can benefit.

How did the partnership between OFN and Starbucks start?
Starbucks wanted to do something about the economy and about jobs, and that's what we do every day and have done for 30 years. They had a great idea and the ability to reach consumers at a scale that we couldn't imagine. And we had a distribution system that was proven, responsible and was going to deliver the quality they thought they needed.

Will preference be given to businesses that create the most jobs?
One of the factors we will look at is the job-creation potential. So yes, for folks who are doing things that create three jobs, that's better than creating two jobs. Our priority is to support businesses that are producing job creation or retention benefits for low-income and low-wealth people and other disadvantaged people. Each CDFI will make calls about who the right borrowers are. If they had to choose between one business where they could see a clear benefit to a low-income community and one where they didn't, they would choose the low-income community.

How do these loans differ from traditional bank financing?
The CDFIs will meet the entrepreneur wherever she or he is, with whatever they have, and will see what they can help them figure out and build. Often that means sitting down and doing a lot of talking. That's one of the things about CDFIs that's different from most banks and conventional lenders.

If a CDFI [representative] doesn't think it's going to work, he or she will be straightforward about it: "Here are three things you can do over the next year that will help you be ready a year from now." CDFIs are profitable lenders, but [they] are not profit maximizers. That difference allows them to spend more time with prospective borrowers--mentoring, educating, putting them in touch with peers or colleagues. There's a support system that you won't see in most commercial lending.

How much funding is the program expected to generate?
We expect that we'll raise tens of millions of dollars. Each $10 million raised will result in $70 million loaned and should result in about 3,300 jobs.

Loan Smarts
Community Development Financial Institution (CDFI) loan terms can be more favorable than those of a traditional lender. Mark Pinsky of Opportunity Finance Network (OFN) breaks them down:

Term. "As long a time as possible"--often five years or longer.

Interest. Rates average 5 to 7 percent; short-term microloans might be higher.

Collateral. Required, but CDFIs will work with a borrower's cash, investments, house, car, business equipment or other assets when possible.

For more information, click on "Find a CDFI" at OpportunityFinance.net.