Four Rules for Location-Based Marketing Without Creeping Out Customers

By Gwen Moran April 2, 2012
This story appears in the April 2012 issue of Entrepreneur. Subscribe » 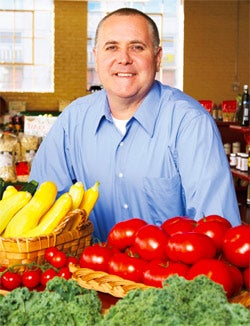 When Boston gets hit with a snowstorm, Robert Marshall's produce business, Marshall's Fenway Farm Stand, usually takes a hit in terms of traffic and sales. But during a January 2011 blizzard, he used the location-based marketing app Peekaboo Mobile to push out coupons to customers in the immediate area, offering 20 percent off to anyone who braved the elements and made a purchase between 4 p.m. and 8 p.m. Marshall claims the promotion helped pull in about 15 percent of his regular traffic on a night that would otherwise have seen almost no one.

Will Netflix Continue to Silence Its Doubters With a Strong Earnings Report?

CDW (CDW) Surges 4.8%: Is This an Indication of Further Gains?