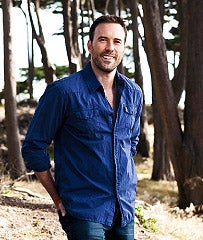 "No other company has built an online platform that easily connects anyone to some of the most unattainable people in the world to go on experiences that will give you a lifetime of stories to tell," says T.J. Sassani, founder of the San Francisco-based company. "Zozi is ultimately a discovery engine that makes bite-sized adventures accessible to all kinds of people."

When the site launched in 2010, it specialized in discounted nonguided quests, like a tour of medieval castles in Ireland, a five-day surf and spa retreat in Baja or the chance to hang glide to a beach picnic. But Sassani says he's growing the business to also focus on unique, full-price celebrity excursions, starting at $300. Zozi's niche is in creating short adventure trips that aren't available anywhere else.

The site operates in 19 U.S. markets, and its user base is approaching 1 million. Sassani will not disclose revenue, which comes through shares with merchants and partners, but says it grew 700 percent last year. 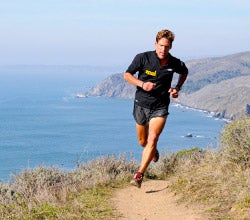 LaunchCapital co-founder and managing director Elon Boms says his firm was looking for a concept that could be a category leader through true innovation. "They've done just that. Zozi is unlike any other company in the tech travel space," he says. "Zozi is pioneering the future of travel and entertainment, and as VCs that excites us." He adds that leadership in the fragmented but huge U.S. travel activities market--worth $26.8 billion in 2009, according to PhoCusWright, host of the annual Travel Innovation Summit--will be "driven by a brand that both customers and merchants embrace, one that stands for quality and is used not as a bargain hunter but as a tool for discovery."

PhoCusWright senior technology analyst Bob Offutt agrees that the time is right for investment in travel companies with a tech component. "There's a sense that there's some gold to be found if you mine the right mines in this category," he says. "VCs feel there's opportunity to move the needle and come up with new ideas that will shift share to something more appropriate for the 21st century."

WeHostels: This social booking site for hostels (and beds and couches) allows travelers to connect before their trip begins.

Ogomo: A business traveler's dream, this online store offers travel-size products that can be delivered directly to hotel rooms.

Traveler's Joy: Register for "experiences" on this online honeymoon registry that has partnerships with The Knot, WeddingChannel and WeddingWire. Couples choose a dream destination, and friends and family contribute money toward their travel expenses, accommodations, dining and activities.

IMGuest: Business travelers who check in at their hotel on this free social networking platform can browse for like-minded guests and set up face-to-face meetings.

SpareOne: Ideal for travel or emergencies, this spare cell phone runs on a single AA battery and provides up to 10 hours of talk time.

Nanny in the Clouds: Matches parents with experienced nannies already booked on the same flight who can help take care of kids during air travel.

OceanGate: This submarine operation funds marine research through "citizen scientists" who pay for the privilege of working alongside oceanographers as they explore the deep sea.