Bringing on a Business Partner? Avoid This Common Mistake

In both business and romance, the early stages are filled with starry eyes and optimism. Nothing can possibly go wrong--but if it does, the partners will face it together. In real life, however, things are rarely that neat.

One fundamental error made by many startups is failing to have essential business documents and agreements in place from the beginning. Partners often hold off on putting key terms in writing because in the early stages, when everyone is enthusiastic and in sync, they can be loath to interfere with the thrill of getting a new business off the ground. But having basic partnership or incorporation papers that outline each party's roles and obligations, as well as other agreements more specific to the type of business, is key to preventing problems down the road. 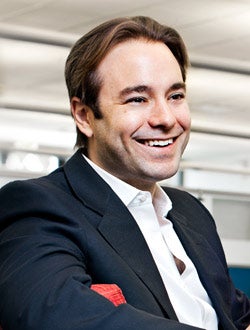 In fact, companies that use lawyers and have documentation in place are more likely to succeed than those that don't. "Wherever there's ambiguity, there's conflict," says Justin Moore, founder and CEO of Mountain View, Calif.-based Axcient, which provides a platform for data backup, disaster recovery and business continuity.

In addition to specifying founders' roles, partnership and incorporation documents lay out a plan for what will happen if there are changes among company principals or if the business shuts down altogether. People can quit, relocate or die, so a buyout clause is a necessity; companies that fail can leave behind assets that will need to be sold or distributed among the owners. Talking about these transitions beforehand will save time, money and hurt feelings later.

Agreements should be negotiated as early as possible--ideally before opening the doors, but certainly before the business accumulates value and/or before it takes on debt. "Once the business starts gaining value, things start getting touchier," says Peri Pakroo, author of The Women's Small Business Start-Up Kit. "It's better to do it in the beginning when people are on equal footing."

Last year serial entrepreneur Biju Nair sold his startup, Sapience Knowledge Systems, to Synchronoss Technologies, a mobile device connectivity software company in Bridgewater, N.J. Nair, who is now Synchronoss' chief strategy officer, has found that solid agreements covering the ownership and responsibilities of the founders not only make corporate transitions easier, but also improve day-to-day operations. "I don't want it to be that people at any point in time don't know where they stand," he says.

When employees are certain of their responsibilities and the value of any ownership they may have, they are likely to put more into their jobs. Clear incorporation documents prevent unpleasant surprises, such as a smaller-than-expected share of sale proceeds, which can lead to legal disputes that cost money, ruin reputations and destroy friendships.

The partnership or incorporation agreements are also closely related to the financing of the business, so they should be drawn up before seeking outside capital. "If you are seeking financing and you haven't tackled this, you're going to have a problem," Pakroo says. If one founder is providing a significant amount of the capital, it is particularly important to have a lawyer review the paperwork.

Off-the-shelf incorporation services usually cost between $100 and $200, and a lawyer's services will generally start at $500. On top of those costs,each state will assess a filing fee. Illinois, for example, charges $175 for a corporation and $500 for an LLC. 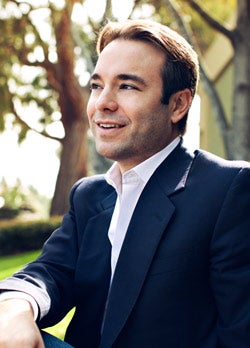 Venture capitalists will want to see these agreements in place, and if they come in as equity investors, they'll become part of the ownership group. That affects the status of the current owners. Financial services firms are trained in the intricacies of making deals that work to their advantage. And that, Moore says, is why any business considering outside financing needs to have proper representation. "I, as an entrepreneur, will probably never understand all the levers that go on in third-party financial firms," he says.

Company founders who go into a financing negotiation without having their own agreements in place beforehand will be particularly vulnerable to a financing arrangement that strips them of control or limits their upside if the firm is sold.

A Legal Matter
Startups often stall on legal agreements because the founders prefer to put their limited resources into sales, marketing and product development. In 2010, RocketLawyer, an online legal services company, published a survey of 1,000 small-business owners in which 51 percent of respondents said they avoided seeking legal counsel because of the cost, even though 25 percent reported that legal issues were the biggest risk to their companies.

Even with three businesses under his belt, Moore understands the reluctance to pay for attorneys; however, he has found that doing so can save money in the long run. At his company prior to Axcient, the founders used off-the-shelf incorporation papers, then ended up having to hire legal assistance to fix problems they created by trying to do things on the cheap.

Bruce Peterson, founder and CEO of Naperville, Ill.-based Velocent Systems, which makes customer experience management software for mobile service companies, has had the same experience with contracts. "Every time I think I can do it without the help of professional services, it comes back to haunt me," he says.

Many lawyers who work with entrepreneurs are willing to negotiate payment agreements, such as deferring some billing until financing arrives. Standard business organization, nondisclosure and other agreements can be used to get a conversation started and to prepare for a meeting with an attorney, reducing billable hours.

Entrepreneurs often want to do it all themselves, but that can be a recipe for disaster. Legal work is one task that's easy to outsource and important enough to the success of the business and its relationships to justify the time and expense. It's also a good first exercise in delegation. "Don't be the CEO, COO, CTO and lawyer at the same time," Synchronoss' Nair cautions.

Intellectual Property
If a company's product or service hinges on intellectual property, additional agreements with the founders and employees are needed to ensure clear ownership. (This assumes that the company is entitled to make a claim on the technology. Author Pakroo recommends having a lawyer review intellectual property ownership agreements to prevent disputes among the founders and to protect the business from inadvertently violating someone else's IP rights.)

Nair has found that it's a good idea to list the names of all company owners on any patent applications. "It's an emotional thing as much as anything else," he says. At Sapience, the IP rights were held in a limited liability company (LLC) owned by the founders, which then licensed it to the operating business, structured as a C Corporation. Had there been any challenges to the patents, they would have been made against the LLC and kept the C Corp free to operate.

At Velocent Systems, Peterson includes a proprietary information agreement in all employment contracts. It includes a list of inventions each employee created before joining the company, so it's clear what Velocent owns and what it does not. Peterson's employees and business partners also sign nondisclosure agreements (NDAs) at the start of their discussions. "We have NDAs with everybody," he says, and they come in handy if the firm faces a threat to its IP.

Adds author Pakroo: "Anyone who hesitates to sign one for you, you should probably think twice about continuing to deal with them."

It may be easier to demand NDAs and negotiate buyout clauses from business acquaintances than from close friends or family members. However, the agreements are even more important in these situations. "If you value your friendship, the exact opposite thing you can do is ignore it," Pakroo says.

It's like that old adage about sex: "If you can't talk about it, you shouldn't be doing it." A contract documents the trust that is already in place and ensures everyone abides by it.

Here's the Deal
Legally, when two or more people start a business, they are considered to have a general partnership and share equally in the assets, liabilities and profits--unless they sign an agreement that states otherwise. There are several other types of legal structures that set out obligations, liabilities and tax status in more detail. Here's a primer.

Agreements for forming these structures may be customized to account for potential management changes, as well as to lay out management duties and the process for handling disputes. In addition, you may consider drafting other agreements, such as: a noncompete agreement, which restricts the ability of a founder or key employee to leave the company to work for a competitor; a nondisclosure agreement, which may help protect intellectual property; power of attorney, which can give the other partners the ability to handle business decisions in case one partner is incapacitated; and/or an arbitration agreement, in which the parties agree to send any disputes to an arbitration panel instead of resorting to litigation.