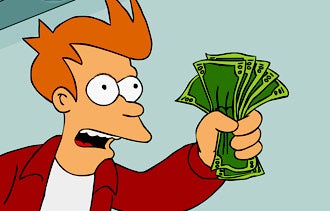 The JOBS Act, signed by President Obama earlier this year, will dramatically change the nature of early-stage funding.

With buzz from fundraising websites like Kickstarter and Indiegogo, equity crowdfunding is a welcome player. Under the new legislation, the typically small round of capital (in terms of dollar amount and number of participants) that flies under the regulatory radar for most startups has been expanded to $1 million annually, with similarly limited oversight from the Securities and Exchange Commission.

Why does this round of capital, which I call "friends, family and fools," exist? Because early-stage money is essential to entrepreneurs armed with only an idea, their good name and their work ethic. When those are the only assets in your arsenal, you aren't much of a hot commodity to professional investors. Who better to fill that round of good-faith capital than the people who know you--the friends, family and (occasional) fool?

These folks can invest nominal sums in your company with little to no oversight or regulation. Until now, other investors had to be accredited through a process that ensures they have at least some limited knowledge of risk as well as the ability to afford the potential losses. They have to disclose things like annual income and asset levels to the SEC.

The new legislation will make this formal disclosure all but disappear in the early stages of company formation, enabling entrepreneurs to sell up to $1 million worth of equity to the general public through accredited crowdfunding platforms. That makes everyone a "friend," and, in true web 2.0 style, enables funding portals where these friends can come together and make real investments in real companies.

It used to be that you had only so many family members and a relatively limited network of friends. This legislation expands the number of prospective investors in your funding pool. The long-term viability of crowdfunding will be contingent upon the ability to link these two parties and manage the investment process. Many experts are skeptical as to whether proper auditing, reporting and legal diligence can be accomplished in companies that are by definition completely broke, but the crowdfunding sites are laser-focused on providing that level of disclosure and transparency to the masses.

Whether crowdfunding will displace the "rich uncle" category of investor remains to be seen. One thing is certain, though: Traditional early-stage funding mechanisms will now have some competition. That's good for entrepreneurs. Equity crowdfunding has essentially created a new era, that of the recreational venture capitalist. No matter what side of the deal table you are on, ignoring the impacts of this phenomenon would be just plain foolish.