How a Bad Roommate Sparked a Dorm-Room Startup 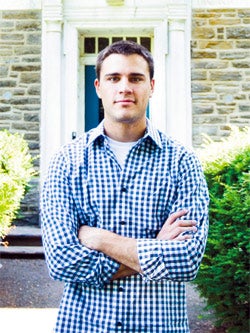 Just weeks after moving into the dorms at the University of Pittsburgh, Justin Mares started thinking about transferring. The problem wasn't his professors or his classes. It was his roommate.

"He was unhappy and antisocial, the classic horrible roommate," recalls Mares, 22. "It really showed me how a bad match impacted the experience I had at school."

Mares realized that the basic questionnaires given to incoming students were too vague to make effective roommate pairings and thought colleges could instead apply the type of technology used by online dating sites. He brought his idea for online matching software, which he dubbed RoommateFit, to 100 college administrators to gauge their interest. The feedback was positive.

"Schools are concerned about retention, and this is one tool that can help increase student satisfaction," the 2012 grad says.

Aided by a $2,000 prize from the Collegiate Entrepreneurs' Organization, Mares worked with a psychologist to perfect the software, developing a detailed questionnaire that measures personality traits ranging from conscientiousness to verbal aggression. Dan Walker, a computer science major at the University of Pittsburgh, also joined the startup.

In 2011, Ohio University agreed to be the site of a pilot project. "Students put a lot of emphasis on who their roommate will be and want a level of compatibility and control over the process," says Jneanne Hacker, associate director of residential housing at Ohio University. "With 8,000 students, there is no way we could profile … and match them appropriately."

RoommateFit matched about 1,000 incoming freshman based on shared traits like communication styles, opinions on social justice issues and personal habits. At the end of the school year, Mares surveyed users and discovered that 40 percent planned to stay with their roommate the following year. This was the hard evidence he needed to move forward.

To get funding and mentoring, Mares applied to Pittsburgh startup incubator AlphaLab. He was accepted, and received $30,000 in startup funds and office space. Over the course of six months, he signed contracts with three schools--Ohio University, Southern Polytechnic State University and Northern Kentucky University--which are using RoommateFit to match a total of 7,000 freshman for the 2012-2013 school year. The schools license the software at a fee of $2 to $3 per student.

Now Mares is looking to expand his idea beyond the university level. He is launching a consumer version of the software for roommate-seekers in New York and San Francisco. Initially, the product will be available free of charge.

Meanwhile, Mares is thrilled to have found a simple solution to a problem faced by so many. "Hearing comments like, 'I love my roommate and couldn't be happier that we were matched' is so rewarding," he says. "Especially knowing what I went through."