It was a brilliant idea. Some enlightened employee put a ping-pong table, two paddles and a ball in the main terminal of Milwaukee's Mitchell Airport, just outside security. Immediately my fears of a delayed flight became fantasies. Let a storm roll in off the lake! I'd hold court for hours, whacking slams from check-in all the way to baggage claim.

Once upon a time, an airport was a glorified waiting room, a quick pit stop en route to boarding the plane, where a trip officially started -- with a drink before takeoff, a flip through the in-flight magazine, a long stretch of the legs in anticipation of being well-treated.

These days, air travel is … well, you know how it is. Because of reduced schedules that make layovers longer, and unpredictable traffic jams at security checkpoints that force us to show up hours in advance "just in case," we're spending more time inside airports than ever. That's a pain. But it's also an opportunity.

Every so often I come across an airport that has realized it can add to the enjoyment of a traveler's experience by providing not just a place to shop and eat, but also something to actually do. There are yoga classes in Dallas, a walking course in Indianapolis. Or it's as simple as a spell in one of the old-fashioned rocking chairs in Charlotte, N.C., a pleasant place to sit and read the paper.

The gold standard is Munich. "We want to be an attraction," says Michael Otremba, the airport's vice president of marketing. "Sometimes time at an airport is a struggle. But it can also be a gift."

Over the past few years, Munich's airport has offered ice-skating, beach volleyball and -- unlikely as it may seem -- surfing on a high-tech wave machine. "We had many passengers who came by, changed into a suit and did it," Otremba says. Next, the airport is adding a driving range.

"People say, 'I have to fly to Europe, and if I go through Munich, I can hit some golf balls,'" he says.

Five years ago, Otremba was running a soccer team; the Munich airport was one of its sponsors. Then he got a call asking if he wanted to switch to the other side. "What intrigued me is that the airport is a very emotional brand," he says. "When I travel, I buy magazines for 15 euros that I'd never buy in the city. Something unusual happens. Traveling is linked to deep emotions." His insight is to play to them. "In the aviation business, we're not always able to earn our margins," he says. "So there has to be something different. A few years ago, we came up with the idea of using special events."

The world is noticing. Otremba regularly fields calls from Middle Eastern airports; the folks from Singapore have been out to visit. But so far American airports haven't been in touch. "They're so packed," Otremba surmises. "I don't think they have room for volleyball or ice-skating, let alone surfing."

Maybe not. But surely somewhere amid the Cinnabons and PGA Tour stores there's space for ping pong.

Terminal Joy
Though U.S. airports are, for the most part, a necessary evil, some take pains to soften the experiential sting. The best of the bunch for... 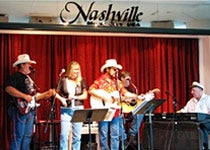 Music fans
If you're a little bit country, time your visit to Nashville International Airport to one of the free concerts in the lounges of the A/B or C terminals or in the C concourse food court (info at nashintl.com). More rock 'n' roll (or any other genre)? Once you're through security at Austin-Bergstrom International Airport, head to the stage next to Ray Benson's Roadhouse, where local talent amps up the joint every weekday afternoon from 3:30 to 5:30. 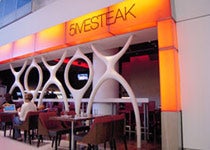 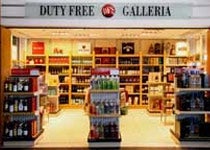 Shopaholics
From schmancy -- a bit of Burberry, perhaps? -- to sustainable, San Francisco International Airport has some seriously well-stocked shops. Keep in mind: If you buy too many Ghirardelli chocolates at one of the legendary S.F. brand's three airport locations or too many tchotchkes at the SFMOMA Store, you can always wrap up your shopping with a bag from Gucci or Coach (both in the International Terminal) to schlep it all home.