Just about once a minute, another video that was shot with a wearable, mountable camera from GoPro is uploaded to YouTube or Facebook. Some of the mini movies put viewers right into the action with extreme-sports icons like Olympic snowboarder Shaun White. Others offer a "you are there" perspective on everything from paintball games to a wedding--shot from the vantage point of the bride's bouquet. 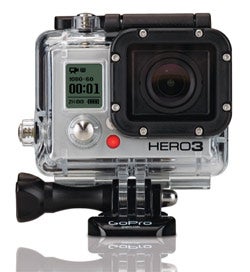 Nick Woodman founded GoPro and developed its line of Hero cameras more than 10 years ago, when he and his surfer buddies wanted a wrist-mounted waterproof device they could use to share the experience of catching a wave with those who would never hang 10. The affordable, lightweight, largely indestructible HD cameras can take videos and stills in places other cameras don't dare to go. And customer devotion has gone into overdrive thanks to GoPro's innovative mounts, which make it possible to attach the Hero to helmets, paddle shafts, surfboards, handlebars and even the exteriors of airplanes in flight.

"One of the magical things that is happening is that our growth is largely in the hands of customers," says Woodman, CEO of San Mateo, Calif.-based Woodman Labs, which does business as GoPro. "It feels terrific to work at a company that is stoking out millions of people every day."

Savvy marketing has created an Apple-like following. At $400 for the new Hero3 Black Edition with accessories, GoPro is a less expensive alternative to other professional HD cameras. GoPro positions itself as a lifestyle company, not a consumer electronics maker (although the Hero's specs are comparable to cameras from established competitors such as Sony, Contour and Canon). A daily "Everything We Make" giveaway gifts one person a $1,000-plus package of, yes, every product GoPro makes. Customers have to visit the site each day to register, establishing an ongoing relationship. The company has more than 4 million Facebook fans and is publicly praised by pro photographers.

But it's not just users who are fans: In December, Foxconn Technology Group, a manufacturer of devices including iPads, bought an 8.8 percent stake in Woodman Labs for $200 million, valuing the company at $2.25 billion. 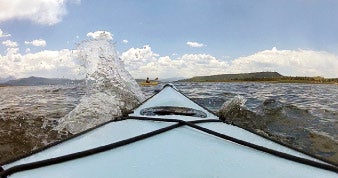 GoPro claims a 32 percent U.S. market share for pocket video cameras--a conservative figure, Woodman says, as it includes only sales from mass merchants and not those from specialty surf and outdoor shops. The adrenaline-fueled GoPro team has grown to 330 employees from just 35 in early 2011. Woodman is confident in GoPro's ability to sustain its growth, in part because of repeat business. Customers who owned the Hero2 upgraded to the Hero3 for its smaller size, lighter weight, faster speed, better low-light performance and built-in Wi-Fi. It's not unusual for customers to buy two, three or even five cameras to capture different angles.

Another sign of success is the number of companies that manufacture accessories for GoPro products, including cases, polarizing filters, vinyl overlays (like those for the iPhone) and mounts--even one that fits on a gun barrel. "It is fun to see all these entrepreneurs building businesses off of your business," Woodman says. "If they are creating these complementary products and high-fiving and getting stoked about our products? That is all part of GoPro's good karma."