Promote Your Product Quickly by Tapping the Internet's Influencers

In 2009, when Jason Carignan and his partners launched the Vapur Anti-Bottle, they made a concerted PR effort to get exposure for the product from traditional media. And it worked. The Today show featured the Vapur, a reusable, foldable water pouch with a variety of spout options, and within 60 days the new company had sold out of its first production run of 10,000.

A nice success story to be sure, but Carignan's true surprise came from the blogosphere--that raucous, untamable collection of independent influencers who write about stuff they love for audiences of several thousand, or even millions. One such influencer was The Grommet (formerly Daily Grommet), a Boston-based product-launch platform filled with unique, previously undiscovered offerings. "They produced a story about the Anti-Bottle, built a store for it, filled it with content and made it very personal," Carignan says. "It wasn't a simple, anonymous referral like you see on Amazon."

Another influencer was a military- and tactical-gear site that raved about a new Vapur product, the MicroFilter, a heavy-duty drinking pouch topped by a filter straw that removes more than 99.9 percent of the bacteria from any water source. "We got orders from many top outdoor retailers that came through that blog reference," Carignan says, adding that a MicroFilter even saw use on a South Pole expedition.

All along Carignan believed he had a product with a strong appeal to families and backpackers, but it took the blogosphere to show him just how much bigger and varied the market truly was. That's no surprise to The Grommet founder Jules Pieri, who counts several mainstream successes among the various products her team has found and highlighted on her retail website (among them Food Should Taste Good, acquired by food giant General Mills in February 2012). 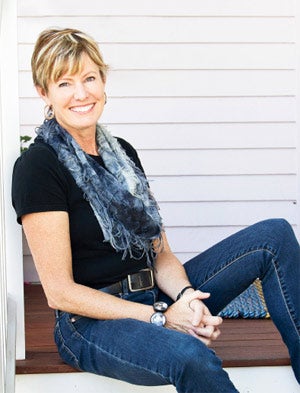 Discovery channel: Sites like Jules Pieri's The Grommet showcase unique, undiscovered products.
"We're a product-launch platform. It can only be successful if we have an engaged community."
--Jules Pieri

"We're a product-launch platform by design," Pieri says, "and it can only be successful if we have an engaged community. They help us find the products we sell. And, more importantly, they promote them to their niche communities and so on."

To do that, The Grommet asks the entrepreneurs it picks to contribute content for a video it will produce that features their product's back story. This helps personalize the item and also focuses its creation story into a tight, highly effective marketing tool. "Video is so powerful at making a deeper connection with the audience and consumer," explains Pieri, noting she gets just as excited when she sees one of the products she sells hit the blog zeitgeist as when it gets picked up by a big national retailer.

Success in the blogosphere can mean different things to different people, though. Take Steve Herbolich, a technical illustrator from Greensboro, N.C., who was turning out sets of his game, Askew!, in his basement at night and selling them at craft fairs around the Southeast on weekends. For him, getting noticed by The Grommet was enough. "I had no idea how to market my game," he says. "I don't know how to make Amazon ‘work.' But in 2010 a friend of a friend submitted the game to The Grommet. They picked it up, and the day it went on sale I got a call from the toy maker Melissa & Doug."

Herbolich worked out a licensing deal with the company that pays him more than he'd be making if he still produced and sold the game on his own. And the quick response opened his eyes to the power of the web. "I'm sure big companies have people whose job is to keep their eye on sites like The Grommet to find new products," he says. "It's a lot easier than trying to dream up one on your own every day."

Back at Vapur, Carignan is enjoying the rapid adoption of his Anti-Bottle worldwide. "Only the internet has this omnidirectional demographic," he says. "This couldn't have happened 10 years ago."

Sell a product that solves a problem, that is useful or that fills a need.

Share the story behind you and your product. This information personalizes your invention and makes it easy for influencers to grow attached to it.

Don't forget to mention if it's "made in the USA," as that helps it stand out among a sea of foreign-made competitors.

A $35 to $40 retail price hits the sweet spot of being an impulse splurge or thoughtful and respectful gift.