7 Ways to Get the Press Coverage You Want 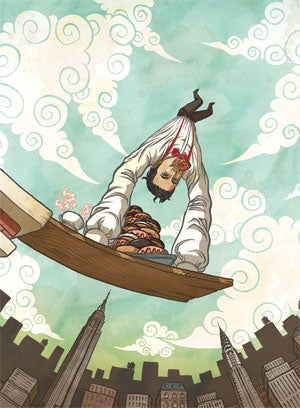 As journalists, we hear this question from entrepreneurs all the time: "How can I convince you to write a story about my business?" The simple answer: Get our attention.

In 1939, a pastry company hired a man to eat 13 donuts while hanging upside-down on a plank extended from the roof of a Manhattan skyscraper. Given American litigiousness, a stunt like that wouldn't work today--but we'd want to write about it if it did.

Think of the press as your audience and as a market. Just as you tailor your message to reach different segments of your customer base, you need to customize your story to appeal to each publication you pitch.

We've put together a starter kit of methods to make your pitch stand out from the deluge that swamps journalists' e-mail inboxes daily.

1. Give us a Narrative

"My hangover-prevention pill keeps you from getting a hangover!" is not a story--it's an advertisement. As such, it's not interesting to a journalist (unless said journalist happens to be heading to Vegas for a bachelor party). Stories have a beginning, middle and end. They have tension. They have a personal element: "I used to wake up after a night out at the bars and think, I want to climb out of my own brain. Why hasn't anyone found a way to fix this?"

Identify an event that got the ball rolling on your business idea: "When I woke up with the worst headache of my life, and my friends just shook their heads and offered me aspirin, I realized that if I wanted someone to eradicate hangovers, that someone would have to be me."

The action comes next. That's the part of the story where the protagonist--that would be the business founder--struggles to reach his or her goal, navigating obstacles along the way. Maybe after you decided to create a hangover-prevention pill, you talked to scientists who told you it was impossible--that if hangovers were curable, someone would have done so already.

And of course, in a compelling story, the protagonist must change by the end. Training for a race can make a weak person strong. Raising a child can make an irresponsible person responsible. Think about the story of your business. How did it change you? Take us on your journey, beginning to end.

Explain how your business is disruptive. Five-and-dime stores had been around for decades when the first Wal-Mart opened in 1962. Nothing new there. But the logistics Sam Walton used to expand into the largest retail chain in the world were novel: stores in small towns, not cities; warehouses nearby to keep shelves constantly stocked; discounts on not just specialty items but on all merchandise, including name brands. What is your version of those Waltonian innovations? You don't have to share all your secrets, nor should you oversell them.

There's a great line in the not-so-great movie The Family Stone. A stoner film editor tells an uptight businesswoman, "You have a freak flag … you just don't fly it." Fly your freak flag! Tell us about your obsession with city rats, how trapping them and keeping them in cages in your bedroom inspired you to start a line of stylish pet carriers. Don't make us think you're a total crackpot (that is, don't send us an e-mail full of typos and Bible verses or, worse, a letter composed of words cut from magazines), but let us know you're not like everybody else. 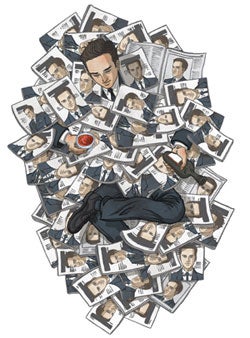 4. Tug at Our Heartstrings

Did you open a bakery to woo a croissant-loving woman you were too afraid to chat up? That's way more interesting than telling us you graduated from a prestigious culinary school. Do 10 percent of your proceeds go to a charity? Tell us about your connection to that organization. But don't be maudlin or false--journalists are excellent BS detectors.

When we pitch a story to a publication, the editor always wants to know, "Why this? Why now?" Help us answer those questions. In other words, a new headhunting company probably isn't worthy of a story. But what if it's a headhunting company that works only with people who have been laid off, inspired by the bleak rate of unemployment? Or maybe you've developed a product that eradicates mold.

Don't just send us a photo of it; arrange for a survivor of Hurricane Sandy to demonstrate its use in her home. Sometimes the best way to talk about your business is by telling a customer's story, as long as it's not overly simplistic or too good to be true.

Nobody wants to see the movie about a couple who simply meet, fall perfectly in love and live happily ever after. If an e-mail comes in from a business owner telling us nothing but how adventurous and successful and happy he is, it's a yawn and "delete." Tell us the truth. You could even give us a touch of TMI, so long as you keep the tone professional. Stories need struggle--that's what reporters are looking for. Be frank about the obstacles you're facing.

Think again about that donut stunt. There is a grand tradition of hucksterism that draws attention to goods and services through quirky events. A prime example in recent years has been the jewel-encrusted "fantasy bra" by Victoria's Secret. Last year's version (the 17th) cost the company $2.5 million, but the amount of media attention generated by the bra's unveiling may well have been worth it. The point is, marketing can be fun. Ask the Freshpair company, which gains attention each year by holding National Underwear Day in New York's Times Square, using models who walk around in public wearing nothing but their product. When you pitch us, shock us a little.